Meant For Her - #review 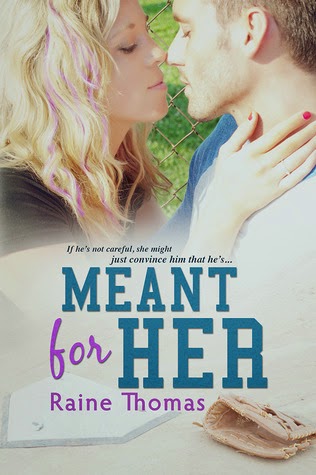 Photographer Sierra Stratton views the world through a lens all her own. She has an uncanny sense about people, something that often causes her trouble. When she meets the sexy and brooding Evan Dorsey, her intuition tells her he’s suffering, and she wants to be the one to help him.

Evan isn’t open to help from anyone, however. His focus is on his Major League career and making himself as marketable as possible for his upcoming free agency. He plans to ride out the season in Atlanta and then sign with another team, away from the painful memories that haunt him.

Someone’s eager to send him on his way, too. Between anonymous threats and equipment sabotage, it’s clear he’s earned himself an enemy along the way. To him, it’s one more sign that he’s right to move on.

But Sierra threatens his conviction. Her contagious smile proves hard to resist, as does her kiss. She tempts him in ways he never anticipated, making him question his plans for the first time. If he’s not careful, she might just convince him that he’s meant for her.

Such a sweet story about love and hope. 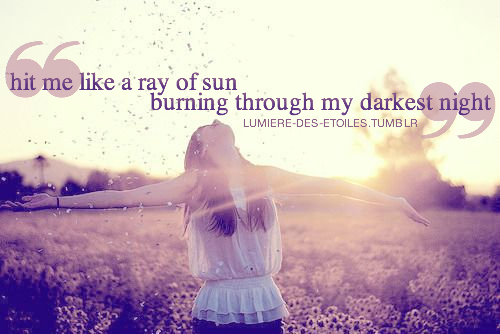 Evan first meets an angelic pixie like character at Cole and Everly's wedding (From For Everly).  She comes out of no where and shines a light into Evan's darkness that for the first time gives him hope. However once he realizes he wants to know more about her she disappears and he returns back to L.A.

While in L.A. Evan isn't happy and the only thing he wants is to live his mother's dream and play baseball for Atlanta.  To make this happen he has to take things into his own hands.  After personally meeting the owner Caroline and convincing her he is right for the team he moves to Atlanta only to find out his new neighbor happens to be the pixie herself Sierra.

Sierra is one of those characters that is so sweet and nice that people have a hard time with her because she's too nice.  She reminds me a bit of Luna Lovegood from Harry Potter with her simple but pure being.  Once Sierra meets Evan she knows she is meant for him but is just patient for him to realize it.

Evan is committed to shut out the world and swim in his darkness but Sierra and her meddling ways get him to see the light and for the first time in a long time want new things.

"...But don't be afraid to live now. What you've gone through, it will bring you where you need to be. Even the stars can't shine without darkness."

As Evan defenses get weaker and weaker he finally succumbs to the love and adoration of what Sierra can give and starts to heal.  Even though there is a crack in the defense he has new worries with sabotage and threats against him which are helping him confirm that Atlanta isn't for him.

When those threats get to close to home he realizes that some losses are not what he wants.  So her sets roots and fights for the light in his dark world.

There is something so sweet about Raine's writing but at the same time she pulls off the angst and suspense which gives a perfect combo for a story.

4 Meant to be thumbs up!

My Review | For Everly
Posted by Live Read and Breathe at 00:00