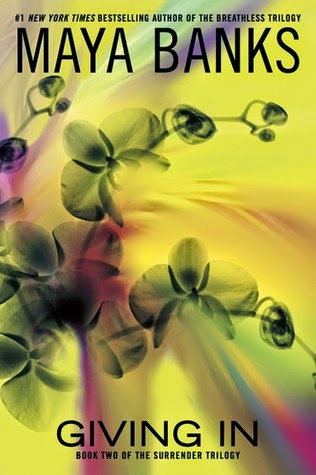 Kylie sees the way Jensen looks at her. The dark promise in his eyes. That rough edge of dominance she knows he possesses. But dominance is the one thing that frightens her above all else. She and her brother barely survived a childhood steeped in violence and abuse. She could never give up total control and submit to a man. Especially a man like Jensen. Could she?

Jensen sees the shadows in Kylie’s eyes. Knows he has to tread very carefully or risk losing any chance he has with her. All he wants is the opportunity to show her that dominance doesn’t equal pain, bondage or discipline. That emotional surrender is the most powerful of all, and that to submit—fully to him—will fulfill the aching void in her heart in a way nothing else ever will.

I wasn't so sure about Kylie as she did NOT win my heart in Letting go.  It took me to 50% of this book then Kylie started to grow on me.  However, Jenson I loved even from the brief meeting Letting Go.

With this book and the first I did feel like I was getting whiplash with the wishy washy thoughts and actions and the falling out of nowhere but super fast love to have it go pretty smoothly till near the end then in both books the dominate eff's up then before a blink of an eye it is all fixed and perfect like it didn't even happen.

Jenson and Kylie were much more alike then they originally thought fighting similar demons.  Individually they were losing the battle but together they could be strong and let go and move forward.   For this to work Jensen has to give up something that is very important to him to be able to move forward with Kylie.  However, He feels that she is worth the sacrifice. 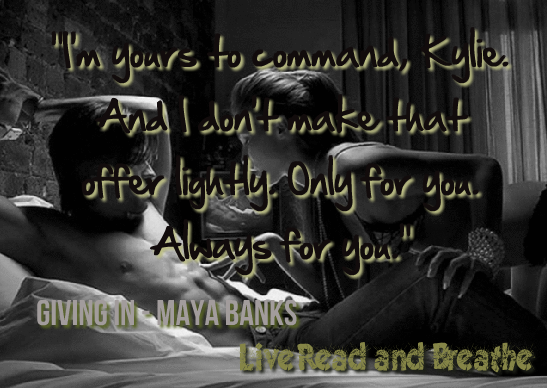 I do like many works from Maya Banks and I did like this book however it was not my favorite in her writings.  The formulas are very similar in these books and there is a lot of sex (which I'm not complaining) but the substance felt rushed and not as solid and strong as I would have liked.  I will be finishing this series because I can't wait to find out what happens with Tate and Chessy.