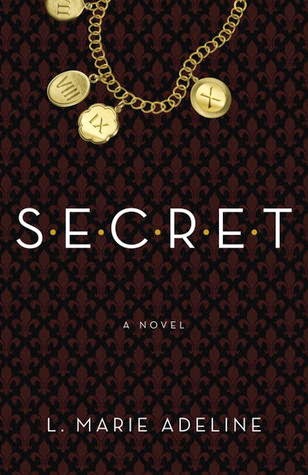 Cassie Robichaud’s life is filled with regret and loneliness after the sudden death of her husband. She waits tables at the rundown Café Rose in New Orleans, and every night she heads home to her solitary one-bedroom apartment. But when she discovers a notebook left behind by a mysterious woman at the café, Cassie’s world is forever changed.

The notebook’s stunningly explicit confessions shock and fascinate Cassie, and eventually lead her to S∙E∙C∙R∙E∙T, an underground society dedicated to helping women realize their wildest, most intimate sexual fantasies. Cassie soon immerses herself in an electrifying journey through a series of ten rapturous fantasies with gorgeous men who awaken and satisfy her like never before. As she is set free from her inhibitions, she discovers a new confidence that transforms her, giving her the courage to live passionately. Equal parts enticing, liberating and emotionally powerful, S∙E∙C∙R∙E∙T is a world where fantasy becomes reality.

At first I had a hard time reading this because I was jaded after reading some reviews from who I totally appreciate and value their opinions but once I got to this quote:

"The ability to heal ourselves has made it possible for us to help others. That's why we're here. That's the only reason we're here."

After reading that I decided to clear my mind and try to read it for what it was without judgement.  Once this was done I realized it's not a book about the HEA it's a book about finding one self.  Yes there was some over the top, corny and predictable parts of the book but that's wasn't the point to this book.  Yes it's a long journey for Cassie to love herself but in reality finding one self does not happen over night so this journey needed to take time.

By the end of Cassie's journey she thinks it is a relationship that she wants but once she is burnt she closes up that option very quickly and surrenders to the S.E.C.R.E.T society but with this very rash and rushed decision because she didn't even give a moment to think over the possibility of the truth you realize that her journey is definitely not over.

Why she trusted Tracina with information when they were not friends and Tracina was jealous of Cassie throughout the whole book and had an affair baffles me.  I have a feeling that Tracina's bombshell was to break up Cassie and Will which worked for the time being and this was enough to make me want to find out more about Cassie's journey to see if she can have an HEA after all in the next installment of the series. 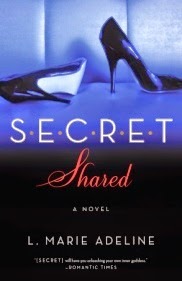 "I, Cassie Robichaud, solemnly swear to serve S.E.C.R.E.T. to the best of my abilities. I will do what is necessary, what is right and what is within my power to assist in the execution of sexual fantasies for our participant(s)..."

And so begins S.E.C.R.E.T. II, which opens with Cassie's initiation into this mysterious organization, one that helps women experience their most potent sexual fantasies. Cassie spends the next year as a "S.E.C.R.E.T. member-at-large," not quite a guide, she'll assist Committee members (including two new ones, Kit DeMarco and Angela Rejean) in recruiting men and helping to execute a new inductee's fantasies.

After a false start with the first potential inductee, Cassie makes the acquaintance of Dauphine Gray, a 31-year old who works at the Funky Monkey vintage clothing store on Magazine Street in New Orleans. Geeky, gawky and easily distracted, Dauphine has no idea how attractive she really is because her face is forever in a book. Reading is her passion, music is her pleasure, and Dauphine's all but given up on sex, especially after a painful rejection that still haunts her. Then Cassie and the women from S.E.C.R.E.T. show her it's possible to reignite that flame.

Meanwhile, Cassie must work through her resentment over losing Will to Tracina and their future baby. But when paternity questions surface, Tracina threatens to expose Cassie's S.E.C.R.E.T. membership to the one man both women love. Will Tracina expose Cassie to Will, and if she does, what will he make of his secret love's S.E.C.R.E.T. life?

Oh boy! So I had mixed feelings after the first book and I wasn't sure to expect from this book.  The more I read it the more I realized that this book is about liberation and  being free without shame or judgement which is actually quite a great message.

Since Cassie has already done her steps it was neat seeing the journey from someone's expereince (Dauphine's) and how Cassie has faired after her S.E.C.R.E.T. year.

The love story between Will and Cassie is taking for-frickin-ever.  As Cassie grows within her self and sexuality she still falls more in love with Will even though he is with someone else.

The moment Will is free, Cassie jumps at the chance to be with him but there relationship is not strong enough to survive more secrets so it hurts me to say that there is a bit of a cliffhanger when we FINALLY think that Will and Cassie will have their HEA.

There are many things that I like about this book but there are also things that I don't. I'm all for liberation but things are almost too liberated that it is hard to feel sorry for Cassie and her hardships because she just jumps into something new to move on which is more running than liberating for me.

In the end this book was better than the first for me and that damn ending is making me want to read book 3. 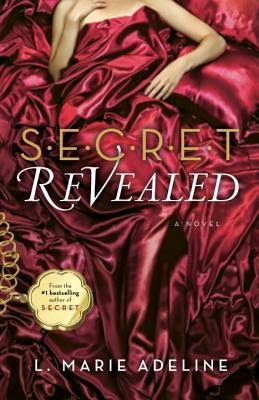 The only thing that Cassie Robichaud has ever really wanted is Will Foret, the love of her life. But when Will discovers that Cassie is part of S.E.C.R.E.T., an underground group devoted to helping women experience their deepest sexual fantasies, Will breaks it off. Heartbroken, Cassie dries her tears and devotes herself to helping the latest S.E.C.R.E.T. recruit, Solange Faraday. Cassie also reignites her relationship with sexy bad-boy Jesse, even if he can never love her as deeply as Will did.

Meanwhile, beautiful, brilliant Solange, a local news anchor and divorced mom, has a great career but a wilting love life. She rekindles long-lost passions, going deeper and hotter than any other S.E.C.R.E.T. candidate before her. Will she find what her heart most desires? And when Will realizes he's made a tragic mistake, will Cassie be able to forgive him? In the end, as both women blossom as sexual beings, they also discover that ecstasy and true love are closer than they ever imagined.

SECRET Revealed is the explosive, sensual and sexually-charged finale to the bestselling S.E.C.R.E.T. trilogy

Thanks goodness I waited for book three to come out before I read book 2 because cliff hangers urk me and now I didn't have to wait for long to see if Will and Cassie can get their shit together.

"This is not an indictment of Will, Cassie, but some men still don't believe that a woman's sexual appetite can be as important to satisfy as theirs. Or they don't believe a woman's sex life can or should be as varied, complex and interesting. Which baffles me, because, I mean, who are these men having sex with?"

Well with this book I have to admit I was hoping for so much more but I felt like it was a repeat of book two and the wait for Will and Cassie started to be agonizingly painful to the point that I was ready to throw out my kindle. The downside of reading books back to back is there is not a break when the formula is almost exactly the same from the last book just with a new candidate.

As Cassie moves forward she starts to regress when it comes to her independence and relationships.  But once she starts to be more independent with her business then she starts to get a better foundation. However, in relationships she lost her liberation and I got frustrated with the lack of progress with Will and her just keeping Jessie around.  It felt like she always needed a man to feel ok where I liked her better when she was strong, independent and fierce on her own.

The saving grace was Solange's awakening and the ending for sure.  Without those I don't know how it would have changed my opinion of this book.

As a whole series it had high points and low points and it was a good trilogy experience it's just not my favorite book experience.