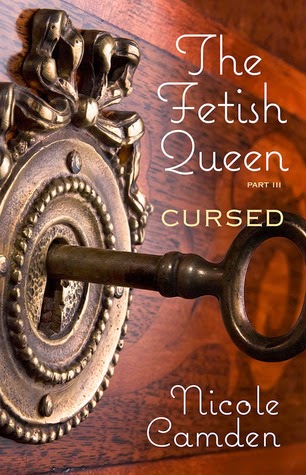 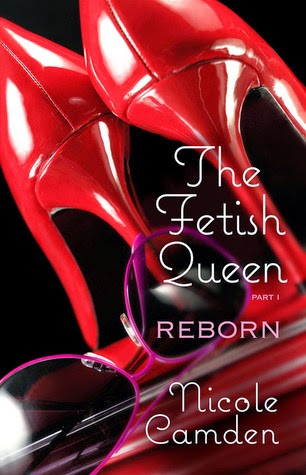 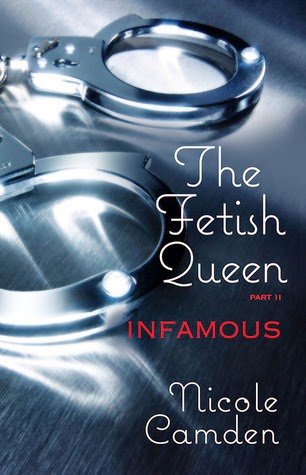 My Review of the Series as a whole ...

The Fetish Box brings a whole world of drama.  After the gang deals with the aftermath attack in The Fetish Box, Mary's friend Lillie comes by to help manage the story.

It should be an easy transition but once Lillie meets Max it is nearly combustable.  Lillie has a past and doesn't like to lay roots.  Max has his own demons and doesn't trust any woman so the easiest solution would be to stay away from each other.

Once Lillie and Max start exploring they can not stay away from each other no matter how much they try.

Gorgeous. Pain-in-the-ass. Woman. Max didn't know whether to spank her or toss her out of the bar. He was angry. He knew he was angry, nut he couldn't think past the lust that crashed over him. He was leaning towards spanking her because she was the most beautiful feckin' thing he'd ever seen in his life, ...

As Lillie tries to drum up more business for the box it also causes her past to catch up with her.  With her past she believes she is cursed. What she didn't expect was this new group of friends to have her back and love her no matter what.

" I think it's a part of you. The thing about curses, my beautiful friend, is that they're often of our own making."

The chemistry between Lillie and Max is explosive and vulnerable.

The story and drama were good.  I read the parts consecutively which I think made the story better for me instead of having to wait for each installment.  The ending I wanted a bit more.  It all lead up to this big deal with her past and then you think there is going to be a big holy shit moment and then its just done and moved on.  All in all. Good quicky sexy drama filled read.

by Nicole Camden (Goodreads Author)
Newly single and loving every minute, Lille—a.k.a. the Fetish Queen—is unleashed and ready to dominate in the first chapter of the sexy, enticing Fetish Queen series.

Blond, buxom, and bold, pin-up girl Lillehammer Marceaux can get any man she wants, but she leaves her fiancé to move to Florida and run a sex shop called The Fetish Box, owned by her best friend. She immediately clashes with Max Jobman, the rough-hewn tattooed Irishman who owns the local pub. Not a very trusting man, Max is convinced she’s a spoiled beauty who’ll stay just long enough to find a rich husband. He quickly learns that Lille isn’t interested in a husband; she’s focused on making the business a success—but that doesn’t stop her from thinking about what an excellent lover Max will make…

What neither Max nor Lille realizes is that her efforts to become the Fetish Queen, which include making a type of reality show, have caught the attention of a dangerous figure from Lille’s past. Will her troubled past come back and drag her down, or will the Fetish Queen get her way?

by Nicole Camden (Goodreads Author)
In this scintillating second part of the Fetish Queen series, Lille and Max go wild for each other as conflicts arise and dark secrets of Lille’s past are revealed.

Lillehammer Marceau has a secret past—one that has haunted her, one that not even her best friend, Mary, knows about, one that includes a Russian gangster for a father. It’s left her with commitment issues and a fear of trusting anyone too much.

Lille has always been dominant and daring, hiding her fear behind a mask of confidence and bravado, even when the web series she creates about life in the Fetish Box becomes an Internet sensation and she gains more attention than she ever wanted. She believes she can keep her façade intact and still enjoy the pleasures of being with Max, but some men, it seems, won’t be controlled for long…

by Nicole Camden (Goodreads Author)
In the final chapter in the daring, sexy Fetish Queen series, Lille finds the place she belongs for the first time in her life, but she can’t escape the fear that her dark past will ruin everything…

Unnerved by the sheer force of her desire for Max, Lille retreats into managing the Fetish Box, making sure that it’s a success. The online documentary she stars in becomes more and more popular, bringing business to the store and danger to Lille. When she’s nearly killed at Jobman’s pub, Lille begins to believe that she might truly be cursed, bringing danger to all she loves.

Does she run away again, giving up her new life in order to stay safe, or does she take a chance, possibly endangering them all? She doesn’t want to leave. She’s learning what it means to be a Fetish Queen, and it is love, not fear, that gives her strength. But what Max and her friends don’t realize is that Lille is willing to do anything…anything…to save them all.
Posted by Live Read and Breathe at 00:00