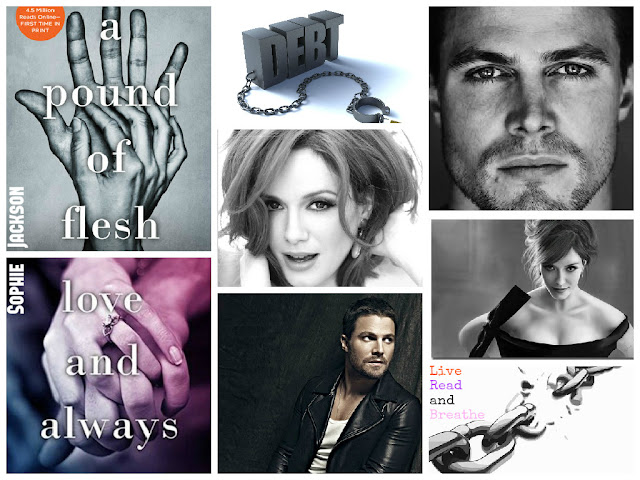 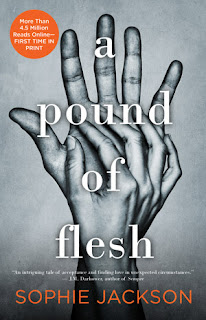 Lose your heart to your new bad boy book boyfriend. Wes Carter - sexy, edgy, behind bars, with emotional scars as permanent as the ink on his skin, just waiting to be healed by love...

Their love is forbidden. But won't be denied... Can true love heal the deepest scars?

For Kat Lane, teaching inmates at a New York prison is her way of upholding the legacy of her beloved father, murdered fifteen years ago. But when new student Wes Carter walks into her classroom, she's shaken by the strength of her attraction to him. Carter is as handsome as he is dangerous, as mysterious as he is quick-witted - and he ensures people keep their distance. Yet vibrant Kat bypasses his defences and challenges him to reveal the real man behind the intimidating reputation. As their emotional barriers crumble, their inescapable but forbidden feelings cannot be ignored. But will Kat's discovery of Carter's role on the night her father died force them apart...or bind their hearts for ever?

A Pound of Flesh is a tale of loyalty, redemption and all-consuming love against the odds, introducing an irresistible bad boy hero...

I have had this on my TBR for quite awhile but I postponed it because from the synopsis it felt too close to Hard Time by Cara Mckenna.  But the more I kept hearing about this book I had to give it a go and I'm very glad that I did.

What this book had which made my day was a strong heroine and a very sexy misunderstood brooding hero.

He was still astounded that she'd spoken to him the way she had.  No one spoke to Carter like that.  No. One. Fucking. Ever.

Kat Lane is overcoming her fears and paying a promise by teaching at the prison.  Even though her nightmares are back she feels like she's making a difference.  Unfortunately she's going at this battle alone when she doesn't have the support from her mom or all of her friends.

Wes Carter has had a shit life so he makes do with what he has.  Owing a debt can come in many forms but for Wes it comes in the form of prison.  With long haunted memories and not a lot of hope Carter finds himself angry and full of rage.

"Really? Demanding a pound of flesh to pay off a monetary debt is fair?"

"I know what it's like to pay that word off because you have no other choice but to see it through because you love that person so much it would be a tragedy if you didn't."

Carter needs the help of Kat if he wants to make parole but it's a lot harder then he thinks especially when his past barrels into his present and possible future.  Now that Carter has some hope, he has to come to terms with societal assumptions and pay his dues for bad past choices.  He can't change the past but he can make his future better, especially with Kat in his corner.

"Criminal. There's no amount of good that erases that shit.  It's easier to live up to people's expectations than try to change them.  It avoids disappointment for all involved."

I did like the idea of the story and how it all tied together.  I loved the idea of Carter and Kat and all its forbidden elements but the actuality of this relationship at times left me wanting more.

"The thing is, I might not have flowery fucking words or anything, but I'm . . . I'm serious about you."

Their relationship is supposed to be kept secret if he wants to stay on parole and for her to keep her job but they were sure loud and proud about their relationships for everyone to see.

"You're everything to me, Peaches.  You always have been.  Always.  You're the best thing I've ever had in my life."

Oh boy!. Kat's mother was a sanctimonious righteous bitch with no rights to her opinions with her own history.   It's always easier going through life with the support of your family but for poor Kat and Carter they have to fight for everything if they want to be together.  Damn the consequences.

My only real beefs were their flaunting of their forbidden relationship and the lack of follow through on her changing jobs and how the whole transition went down. The majority of the book was about Carter's parole and the stipulations that went with it. As well as Carter's cousins and the business and that story line. Both story lines could have had a much more pivotal effect in regards to Kat and Carter's relationship. Their relationship was supposed to be forbidden but all of a sudden it all works out and their are no consequences. It felt rushed and swept under the rug which left that part anti-climatic. As well as the story lines of Jack, Riley, Diane and Ward felt unfinished so hopefully we will get to see them throughout the series.

Did I like this book?  Yes. It started with such great momentum but fell a bit for me near the end.  Did I like Carter and Kat?  Definitely.  Did I feel the other characters were well developed?  Yes, but there were some story lines that didn't feel complete to go with some of these characters.   Did this book have flow and continuity? At times but there were a few time line errors that threw me off.  Favorite part of the book?  The parallels of what they were reading together and how it matched what was going on with their lives.  Will I continue with this series?  Yes, can't wait for Max's story. 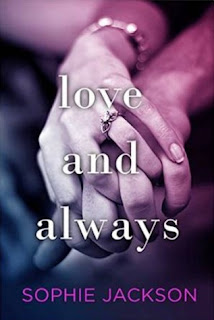 Orange Is the New Black meets Jennifer Probst’s New York Times bestselling Marriage to a Billionaire trilogy, in this e-novella of love and redemption in the sensational A Pound of Flesh series.

When prison tutor Kat Lane met arrogant inmate Wesley Carter in A Pound of Flesh, it was hate at first sight. Carter’s quick wit and reputation for being as dangerous as he was handsome kept her at a distance. But as they grew to know each other as teacher and student in the New York prison, Kat found there was much more to Carter than she thought.

In Love and Always, Kat and Carter’s story continues as they share the news of their engagement—which doesn’t go over well with Kat’s mother. On top of it all, Carter has a new role as CEO of WCS Communications, which adds more pressure to his new life outside prison. Trying to juggle family, a billion dollar business, and Carter’s best friend Max’s rehab stint doesn’t leave much time for the happy couple to enjoy each other. How will Kat and Carter handle the pressures of marriage, family, and work—and keep the passion alive through it all?

This novella was basically a large epilogue to Kat and Carter's A Pound of Flesh.  Now that Kat and Carter are at a place where they're happy and moving forward, they want to share it with the world, but not all are as happy with it as they are with it.

Carter's finally feeling comfortable in his own skin, while Kat's making amends with her mother and friends.   Even though life isn't always easy these two have each other to make it through.  I loved seeing more into Kat and Carter and their HEA.