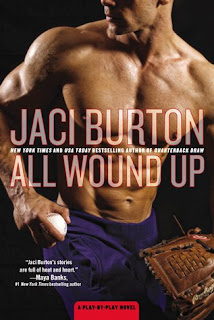 In the latest Play-by-Play novel from the New York Times bestselling author of Quarterback Draw, a sexy baseball player is done striking out...

Tucker Cassidy is going through a slump—but not on the field. It’s his dating life that’s suffering. After having a painful altercation involving his ex-girlfriend’s knee, Tucker is convinced it couldn’t get worse…until a gorgeous doctor comes to the rescue at his most embarrassing moment.

As the daughter of the owner of the St. Louis Rivers, Dr. Aubry Ross has been around jocks all her life. She knows the ins and outs of all their games, and she isn’t interested in playing.

When Tucker repeatedly lands in the hospital where she’s working, Aubry starts to think he’s getting injured just to see her. Tucker is both funny and sexy, and Aubry is pleasantly surprised to discover he actually respects her job.

When her father disapproves of their relationship, Aubry knows she’d rather lose Tucker than have him lose his job. But Tucker isn’t about to let threats of a trade get in the way of a game-changing love…

Source: eARC for Honest Review Courtesy of Berkley | Penguin Group
Genre: Adult Sports Romance
Part 10 in a series but could be read as a standalone

This is the tenth book in this series but could be read as a standalone.  In this book we have Tucker Cassidy, one of Grant Cassidy's brothers and the pitcher for the St. Louis Rivers. As well as Dr. Aubry Ross who also happens to be the St. Louis Rivers Owner's daughter. 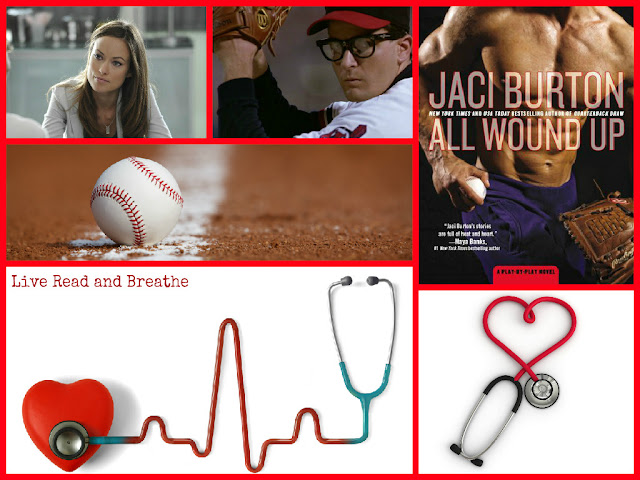 Tucker is many things and one thing he doesn't have a problem with is settling down and dating.  He's tried it a couple of times but it hasn't worked out.  So when he meets Aubry everything changes.

However, Aubry is an 'all work no play' type of girl.  So giving in to Tucker is not part of the plan.


"Because I don't have time for a guy.  There's work and study and those are my priorities."


Her reluctance to date Tucker was starting to get a bit annoying so thankfully she finally gave in.   But how could you not when Tucker woos you.  Tucker has to work very hard to convince Aubry to give them a chance.


"You have to make time for the things that are important, Aubry."

But once she gives in he finds out that Aubry has a different sides to her.   Where she has some fun and naughty hidden in her very work orientated package.

Once these two get together is was almost too smooth sailing and lacked some oomph between them.  Their chemistry was good but them as a couple didn't completely grab me.  At times they were more forgettable then memorable.   But we all know that it can't be all smooth sailing so now they have to communicate and fight for more if they want this to work.

Is sports romance one of my guilty pleasures?  Yes.  Did this fill my fix?  Some what, but not completely.  Do I love this series?  I started to at the beginning but it seems to be losing its steam as a series, where the books are too formulatic and predictable which makes them a bit lack luster.   Did I like Tucker and Aubry?  They were decent but didn't wow me.  Do I love the Cassidy men?  Absolutely and I can't wait for more from them.  Is this my favorite series?  No, but I still like it enough for me to continue with the series.

3 Not so wound up thumbs up!