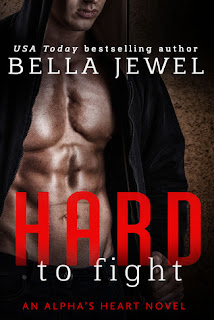 Grace is a bounty hunter who wants to be taken seriously, but her boss refuses to believe that a woman can bring down a dangerous criminal. She finally gets a chance to prove herself when she's given the case of a lifetime: capture Raide Knox and bring him to justice.

Raide is a dangerous fugitive on the run...and the sexiest man Grace has ever met. Catching Raide won't be easy. He's not the kind of man to go down without a fight. Raide is more intense and frustrating than any man she's ever had to deal with, and the instantaneous attraction that sparks between them is undeniable. One thing is for sure...it's going to be a case they will never forget.

My Hart to Fight Review ...

So a bounty hunter and a fugitive walk into a bar ...  At first this seems like it is a beginning of a joke but what it is, is a couple from opposites sides but fighting for the same thing. 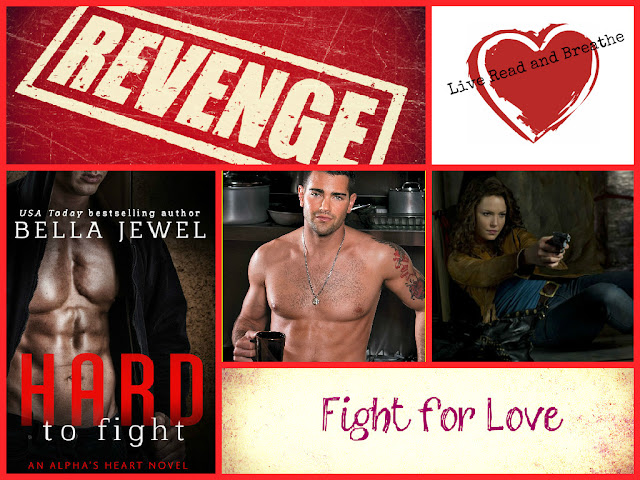 Grace is supposed to be a kick ass bounty hunter but has to fight to be appreciated,  being a girl in a man's profession.  Finally getting the chance to show her worth she has to bring in Raide Knox.

The problem is that she's already met Raide and sparks flew.  How does she bring in a man who not only makes her flutter but is also way larger than her.  She decides to seduce him as her plan, but first she has to follow him to get an idea of what makes him tick.

Silence now, and Raide stops right beside the bush I'm hiding pathetically behind.  I hold my breathe and try not to move.  It really wouldn't look good if he found me like this.  I close my eyes.  I hope my cupcake is okay.  Dammit, I really wanted it.

The more she follows and runs into Raide, the more she falls for his charms.  The problem is that she's lying to him while she gets closer to him.   Where as Raide for the most part is an open book without a hidden agenda.  Even though he wants revenge he also wants Grace.  Now he's trying to figure out how he can get both.

"There doesn't need to be music for two people to move together and make somethin' special."

Right and wrong?  Tough choices when your heart is on the line.

The longer the gig goes the more Grace loses her heart to Raide, but turns into a hypocrite where truths lie.

These two may have met for the wrong reasons but they want to be together for the right ones.  How can they make it work?

For the most part I did quite like this book.  It was my first Bella Jewel book (insert gasp here) but it won't be my last one as I was engaged and liked her characters.  What didn't work for me was a few things.

1) The endearment 'Lady'.  I gotta admit there's just nothing sexy or endearing about this title. I don't know why but for me it does the complete opposite effect I assume it's going for.  Every time I hear it I cringe a bit.

"I never said I was goin' to kiss your lips, lady."

2) Mostly Grace was a strong character but her continuous crying made her a bit weaker for me.  Don't get me wrong I don't think crying is weak at all, but she was like a bloody leaking faucet with her crying, that it again did the opposite effect for me

Did I love Grace and Raide together?  I liked them but didn't love them.  They had hi and low moments for me during the story.  Did I like this book?  Yes but I think I liked the idea of the story more than the actual story.   Will I continue with this series?  Yes.  Will I read more from Bella Jewel? Definitely.

Posted by Live Read and Breathe at 22:42