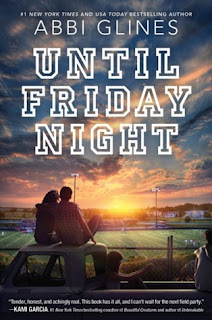 Until Friday Night (The Field Party #1)

To everyone who knows him, West Ashby has always been that guy: the cocky, popular, way-too-handsome-for-his-own-good football god who led Lawton High to the state championships. But while West may be Big Man on Campus on the outside, on the inside he’s battling the grief that comes with watching his father slowly die of cancer.

Two years ago, Maggie Carleton’s life fell apart when her father murdered her mother. And after she told the police what happened, she stopped speaking and hasn’t spoken since. Even the move to Lawton, Alabama, couldn’t draw Maggie back out. So she stayed quiet, keeping her sorrow and her fractured heart hidden away.

As West’s pain becomes too much to handle, he knows he needs to talk to someone about his father—so in the dark shadows of a post-game party, he opens up to the one girl who he knows won’t tell anyone else.

West expected that talking about his dad would bring some relief, or at least a flood of emotions he couldn’t control. But he never expected the quiet new girl to reply, to reveal a pain even deeper than his own—or for them to form a connection so strong that he couldn’t ever let her go…

Source: eARC for Honest Review Courtesy of Simon Pulse via Edelweiss
Genre: YA Contemporary Romance
Part 1 in a new YA series

My Until Friday Nights Review. ...

Sometimes the circumstances that bring us together aren't the best but it's the siutation that starts the strong bond between two people.  For West and Maggie their pain of loss and death is what brings them together but their love and understanding and support is what solidfies their bond.

"It never leaves you . . the hurt,"  she said as she opened her eyes to look at me.  "But you learn to live and you learn to deal with the loss.  You do what you have to survive."

West is in a tough place in life and doesn't know how to cope.

He's also a wee bit of a teen 'player', using girls to get what he wants until he meets Maggie.  From their first moment, Maggie saw more than everyone else, as she knows his pain.   West doesn't want to shake their bond so he tries to do the friends only thing first, but ends up making decisions from down below instead of of his heart and head, which only cause more trouble for them.

"Boys don't always make the right decisions.  It takes years before they become men and wise up."

"You deserve more, Maggie.  He's hurting, but you've had your share of hurt too, sweetheart."

I liked the idea of Maggie and the realness of her.  This realness is what helped West through is pain. 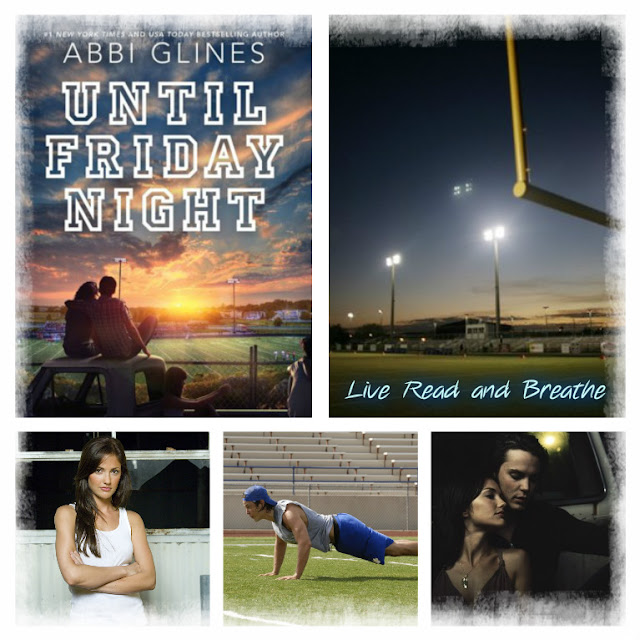 This young love turns pretty heavy quick between these two as they both had to grow up way to fast.

Maggie and West have a strong bond, then all of a sudden Maggie flips out.

With this I felt like it was way out of left field and was only added in for unnecessary teen angst.

But West didn't love me in return.  He needed me only to get through.

I know they are young and still learning but I just wish characters and people in real life would just talk and communicate, instead of assume and run.  If they did there would be so much less heartache.

If only his need to protect me was something more.  Something deeper.

Ugh! If she actually talked and listened to West instead of dumping him, she would have been pleasantly surprised but nope she had to run and assume instead

It has been quite while since I read a Abbi Glines novel and I quite liked it but I have to admit I would have liked it more with just Maggie being strong and real, instead of having whiny annoying young heroine moments.  Their pain and suffering was enough angst without the added nonsense of the other unnecessary insecurities and BS.

Did I like this book?  Yes, it was cute, but I didn't LOVE it.  It had some great moments and some not so great moments.   Have I missed Abbi Glines?  Yes, actually as it's been quite awhile so it was  refreshing to get immersed back into her world.  Did I like Maggie and West?  For the most part YES, minus West's douchebag moments and Maggie's WTF moments.  If it wasn't for those I would have loved them.  Will I read more from this series?  Yes.

Posted by Live Read and Breathe at 19:57