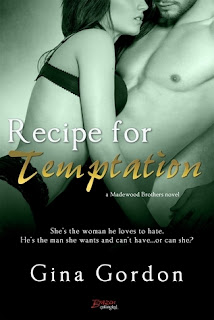 She's the woman he loves to hate.

Penn Foster wants a lot of things. She wants a spot on the board of a charitable foundation. She wants to win the stupid, plastic family trophy. And more than anything, she wants her tall, hot, and brooding boss naked in her bed. Now, on a Hawaiian vacation with her family, she's desperately trying not to think about how he'd sound whispering dirty things in her ear.

Cole Murphy keeps himself locked down, away from the press and out of the spotlight. Still haunted by a traumatic childhood, his ability to trust has been decimated. Penn, with her sexy body and confidence, is the only person able to drag him out of his shell. Which is why he crashes her vacation and accepts her proposition for no-strings sex. But is the inescapable heat building between them a delicious temptation, or will it end in total disaster?

My Recipe for Temptation Review ...

It has felt like forever since this journey started with these Madewood Men.  And finally we get Cole's book.  Yeah!

The first three books were basically Penn and Cole's foreplay while in Recipe for Temptation they finally get to act on their wants and desires. 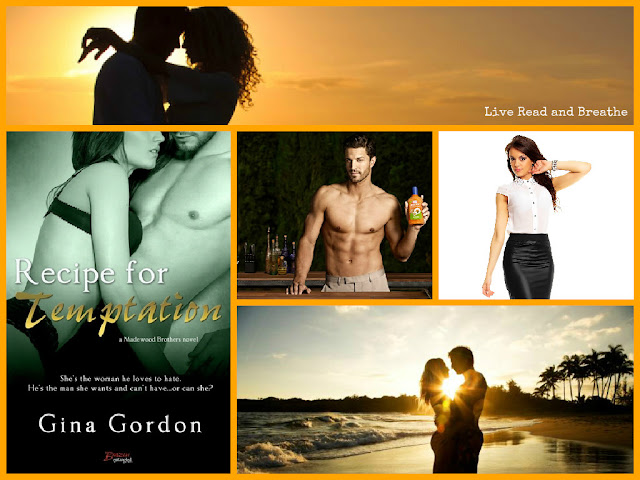 Since the beginning Penn and Cole have had a love/ hate relationship, but we all knew why.  Poor Cole, he might be a successful chef but really he's just a broken boy.  So, letting people in,  is not his strength, but there is something about Penn that he can't let go.

Penn has always come across as a strong loyal woman and keeps these men on their toes.  However, who she is now, is not who she is when it comes to her family.  Scared that her family won't love her truly for who she is, she portrays the old wallflower she used to be.   Cole knows that Penn needs help with her family, so he bombards her family vacation to help her win the elusive family vacation trophy.

With this new pact to win it causes them to deal with their underlying attraction to one other.  The Penn he adores is still there enough to make an appearance convincing Cole to have a 'what happens in Hawaii stays in Hawaii' sexual relationship.  But once those flood gates come open all hell breaks loose with their emotions.

Penn has a hard time being who she really is with her family,  causing the one person who stuck up for her to leave.

He'd walked away, because she'd given him no indication that she needed him.  But she did need him.  With a heavy sigh, she sunk into her chair and faced her family.

Not a fan of Penn's wallflower ways when she was so kick ass and strong in the other three books.

What these two have to realize is that family isn't as it always seems to be, and sometimes true family is not always blood.

Family wasn't about blood.  Or challenges.  Or rivalries.  Family was about the people who loved you no matter what.  The circle of people who supported you.

When shit hit the fan for these two, I don't know why Cole had so much to make up for, when he showed his heart.   To me it was Penn who needed to do more of the apologizing in this scenario but what's a romance book without the grand gesture.  :)

I have to admit that I'm a bit sad to see this series end.  They always have a great combination of heat and story.  Did I like this story?  Yes, but it was not my favorite of the four.  What's my favorite thing about this series?  They are easy to read with a great balance of passion and substance.  As well as nothing too over dramatic within the story.  Can't wait to read more from Gina Gordon.

Posted by Live Read and Breathe at 21:22