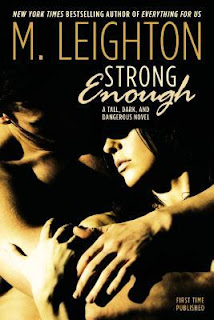 From the author of the New York Times bestselling Bad Boys novels comes the first in a dark, sexy contemporary trilogy.

How would I describe myself? Well, I’m Muse Harper. I’m a twenty-something painter who loves red wine, quirky movies, and men with a fatal flaw. But that was before I met Jasper King. He became my fatal flaw. Eight months ago, I had a choice to make—abandon everything I’ve ever known to protect my family, or stay and risk someone getting hurt. I chose the former. My plan was working just fine until I found out my father had gone missing.

That’s when I met Jasper. A bounty hunter with the eyes of a tiger and the nose of a bloodhound, he was supposed to help me find my father. What I didn’t know was that meeting him was no accident. Hunting people isn’t all that Jasper does. And helping me was only part of his plan. I just wish I’d found out sooner, before my heart got involved. But even then, I don’t know if I’d have done things differently.

Now, I have another choice to make—trust the man that I’m falling in love with and hope that he’ll do the right thing, or run as far away from him as I can get.


It has been forever since I read a M. Leighton book so I was glad for this opportunity to read this one.  Then it starts off with the prologue.  Wow! What a prologue!  Then all of a sudden it felt like I was reading a completely different book from the prologue.  I knew that it would come full circle but it was a shock the difference from the prologue to chapter 1.  But I'm a patient girl so I continued to read and I ended up quite liking the story.

Muse needs help so she enlists the bounty hunter Jasper King to help her find her father.   Jasper King has an agenda so he needs Muse to make it all happen.  What he didn't expect is to have Muse make him feel things that he has never felt before. 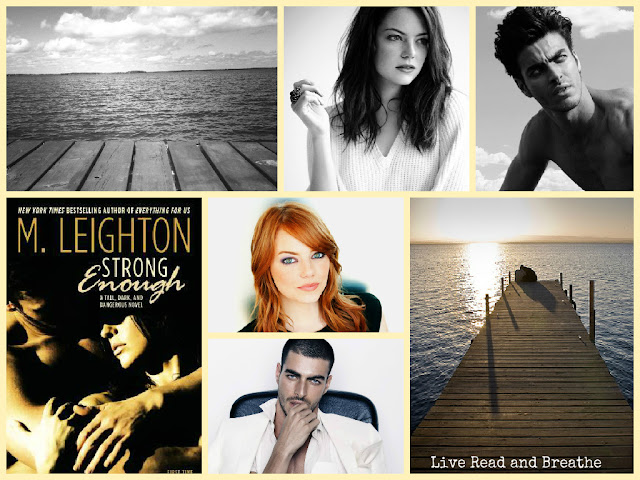 "What's more important than safety?
"Making a life, making the choices, having the things that are worth keeping safe.  Those things are more important.  If not for them, what would be worth saving?"


As they sizzle the sheets a connection is formed.  But when reality comes back into their little bubble who is going to come out unscathed?  Did I like this book?  Yes, quite a lot.  Did I like Muse and Jasper as a couple? Yes, but their connection was too quick it was basically four days long.  Which wasn't enough to truly emphasis the strength of their emotions.  Did I like Muse?  For the most part yes.  At times she was a bit gullible and predictable but otherwise she was quite strong and feisty.  Did I like Jasper?  Yes I did my his inner turmoil was a gift and a curse for me.  It's what makes you fall for him especially in the end, but at the same time it drags on too long in the middle of the story. Will I read more from this series? Definitely yes.  Can't wait for Rogan's story.

Posted by Live Read and Breathe at 00:51