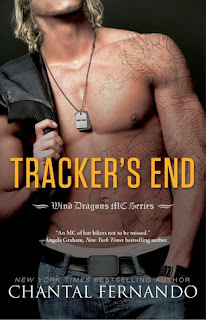 The third in a sexy romance series from the bestselling author of Saxon and Toxic Girl about the bad boys of the Wind Dragons Motorcycle Club and the women who fall in love with them.

Tracker is everything I’ve ever wanted.

I see him. I’ve watched time change him.

I’ve been patient, but he still hasn’t noticed me. Not the way I want him to. The more time I spend with the MC, the more I understand.

When you want something, you have to take it. You have to fight for it.

And Tracker is more than worth fighting for…

Finally Tracker's story.  From the beginning of this series I have loved Tracker and it felt like I've been waiting forever for his story. 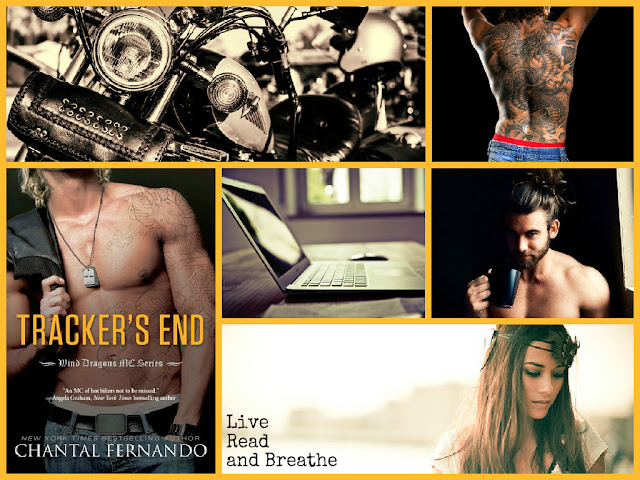 From the moment Tracker met Lana he was a goner, unfortunately he had a wee bit of baggage to get rid of first.  However, his baggage wasn't so happy about this choice.

Lana has liked Tracker from the start but he's everything she shouldn't want and he also already has a girlfriend.   Plus Lana has her own secrets and doesn't know how to find balance between her world and reality.

The minute Tracker kicks his baggage to the curb he's plotting on how he can win Lana over.   Lana wants Tracker but doesn't trust his new intentions as her insecurities start to take over.


Love Tracker and all that he is.  Such a softie that Tracker and when he knows what he wants he will do anything to make it happen.  But will their worlds be to different to make work?  Tracker has to work hard to win over Lana.

"I would do anything to protect you Lana, to protect this."  It was in this moment I lost my heart to him.


Once Tracker starts to get what he wants he fears that if Lana truly sees him that she won't want all that comes with him. 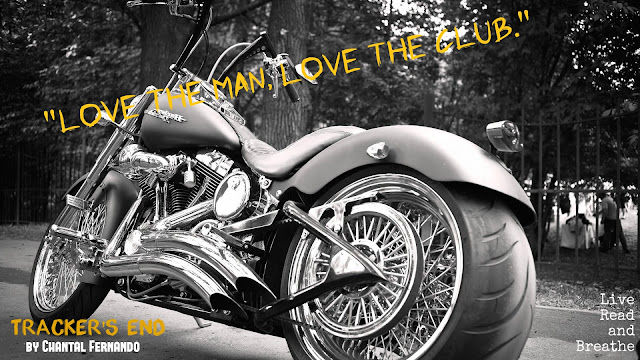 The more Tracker wins me over,  Lana's doubts and insecurities start to drown her and lessen my like for her.   She can't trust in what she has so she questions everything even though Tracker hasn't really done anything to warrant it.  Or if he did do something all she had to do is ask instead of getting her knickers in a bunch.

I know he didn't do anything, but why do I feel like damage has been done anyway?  (Argh!)

These men of the Wind Dragons all have soft hearts, but that should be pretty easy for them since their MC world seems to be pretty tame compared to others.  I actually quite like the idea of this series but I keep craving more oomph, depth and darkness from these MC brethren.

"This will never be done with.  Never.  We're not perfect, but as long as we aren't giving up, then fuck it, we can make it work."


Even though I would still consider this more MC lite to medium I did like it,  how can you not with Tracker as the main man.  Will I continue with this series?  Yes, I need to know what happens to the rest of the MC, as this series does have tons of potential and keeps getting a bit better with each book.   Favorite part of the book?  Tracker.  Least favorite?  Lana's doubts and insecurities.