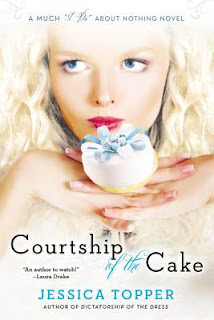 Courtship of the Cake (Much "I Do" About Nothing #2)

“Always a bridesmaid, never a bride” has suited Danica James just fine…until the mysterious man who crashed her sister’s wedding steals her heart, leaves a slice of groom’s cake under her pillow, and then disappears.

Hoping to forget her unforgettable fling, Dani takes a job as a backstage masseuse for a rock music festival, not expecting the tour’s headlining bad boy to make an offer she can’t refuse. Nash Drama needs a fiancée—and fast…

Mick Spencer is the best wedding cake designer in New Hope and the town’s most eligible bachelor. But despite the bevy of bridesmaids he’s sampled, Mick can’t get the evening he spent with Dani out of his mind.

So when she shows up for a cake tasting at the Night Kitchen—with his former best friend’s ring on her finger—Mick vows to charm the woman of his dreams into choosing a sweet and sinful ever after, with him…

My Courtship of the Cake Review ...

After reading Dictatorship of the Dress, I thought I was going to love Dani but I gotta admit that this book didn't do it for me.  Ugh! I so badly wanted to like it.  I don't know if I wasn't in the mood to read this or what, but it just didn't float my boat.

Dani is always a bridesmaid but never a bride.  She was also like this in relationships.  Even though Dani doesn't like to commit there is something about Mick that she can't forget after that one night at her sister's wedding. Instead of staying rooted in one place she likes to live free.  Now she takes her massage gig on the road with a touring music festival.

Here she massages and hangs out with bands.  After one massage she befriends Nash Drama.  He needs her for many reasons besides the relief of a massage.  Nash and Dani become friends and eventually to fiancée with no benefits.  The Nash and Dani saga goes on forever that you almost forget that this book was supposed to be about Mick and Dani.  Then after a very very long time Mick finally makes an appearance.  It seems after his night with Dani he too can't stop thinking about her but now finds relief between the sheets of his baking gigs. 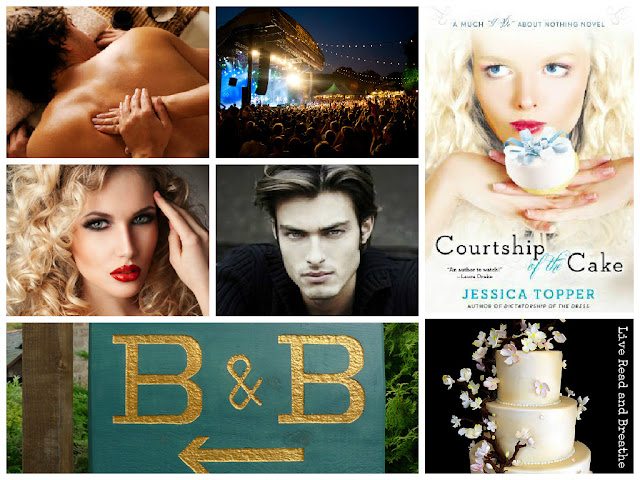 Lo and behold the connection with Mick is that Nash and Mick are friends.  Dani is shocked to meet Mick again but she's committed to Nash now.  Mick's determined to subtly court her with cakes to change her mind but having a difficult time.

Spoiler alert 96% it was a bit hard to swallow.   The introduction about the two characters took forever.   By 87% the couple was still not together then the heroine pulls the I can't be with you blah blah at this point I have inserted a frustrating eye roll.

"You're running. Again."  (Ugh! Why do most heroines run so much lately. Why?)


Then we read a bit more to another

93%
and we find out the reason she doesn't have relationships which was a valid reason and I know I may sound heartless but it was a bit too late for me to all of a sudden to get on the Dani train.

Now for the next bit she has to deal with her past so she can finally be in a relationship.


The book was well written but this story just didn't do it for me at all.  I was annoyed or eye rolling for most of the book.  I did like the fact that the author was well researched about a lot of details which was probably the reason I kept reading hoping I was going to fall for Dani and Mick at some point, but nope didn't happen.

2 Sadly didn't do it for me thumbs up!

Posted by Live Read and Breathe at 19:53