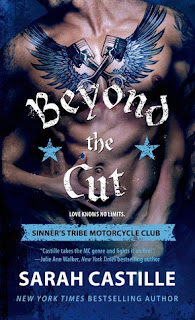 SHE’S HOLDING ON TIGHT.
As a teen, Dawn ran from a life on the streets straight into the arms of Jimmy “Mad Dog” Sanchez, a biker who promised to be her knight in shining armor. But his love was just another cage. Years later, Dawn’s former life still has its hooks in her and she’ll do whatever it takes to break free. When Cade “Ryder” O’Connor, a member of a rival club, makes her an offer, Dawn finds herself in a different, hotter kind of trouble with one irresistible Sinner…

WILL HE GIVE HER THE RIDE OF HER LIFE?
Cade is an outlaw biker with allegiance to one thing and one thing only: The Sinner’s Tribe Motorcycle Club. But when it comes to the stunningly sexy, fiercely independent Dawn Delgado, Cade finds himself…hungrier for more. Trouble is on Dawn’s heels and he wants to be the answer to her prayers, whether she wants him to be or not. What can’t be denied is the red-hot attraction between them. However, as they fall deeper, the danger rises and Cade may have to sacrifice it all…

My Beyond the Cut Review ... 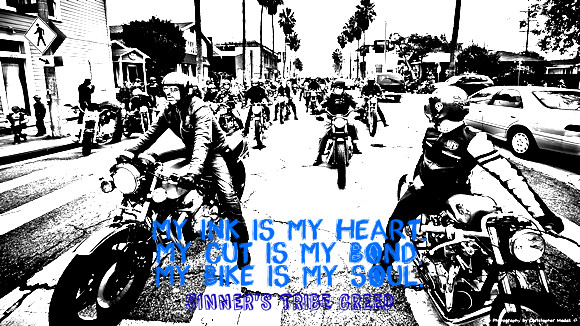 Dawn has vowed never to return to the MC life.  Especially after her nasty ex Jimmy “Mad Dog” Sanchez.   But that's easier said than done.  Cade and Dawn have had a brief tryst but can't get each other out of their minds.  However, that didn't stop Cade from still sampling all the goods laid in front of him.  Dawn is trying to do the civilian thing and win her girls back from Jimmy but he's not playing fair.  Now she needs the help of Cade and the Sinner's.

Cade has his own issues but what he knows and loves is the Sinner's no matter what.  Now that Dawn is back in the picture he starts to want different things.  But that's not always easy when the situation with Dawn has brought on a MC war.  Now he's torn between his brothers and his girl.

"Lotsa brothers got just one girl.  Why not me?"
" 'Cause you're you,"  Gunner said.  "Voted 'Least Likely Ever to Settle Down' five years in a row.  Winner of the 'Most Sweet Butts in the Bed at One Time' prize.  'Biker Manwhore of the Year' prize.  Author of "how to Get Laid in Less than Thirty seconds and Leave Your Friend Drinking Alone at the Bar.'  The man who researched beds big enough for six. The list goes on."

Dawn keeps trying to stay away but can't.   Cade's different.  He's sweet and charming and he would never hurt her like Jimmy did but that still doesn't make her trust easily.  Cade knows what he wants so now he just has to convince Dawn to come back this world.   He will do whatever it takes to make Dawn and her girls safe.

"I'm saying I'm here for you.  Anything I am and anything I have is yours.  However you want to deal with this situation, I'm on board.  And when we both get what we want, when you've got your girls, and I've got justice, I'm not gonna let you go." 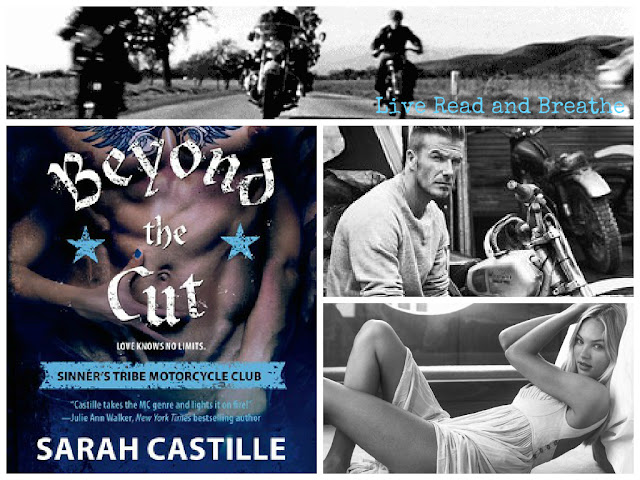 Dawn puts up a good fight but just can't especially when the Sinner's are her key to freedom where it comes to her and her girls.  She knows Cade is different but what can it mean?  Can she be happy in this world when she's not forced to be there?

Cade's willing to give up everything for Dawn no matter what, but maybe he can have both his brothers and his girls.  Cade may be a bad ass MC but he's still sweet to the core under his killing machine persona.   Dawn tried to be someone different but once an old lady always an old lady.

"You trying to turn me on, babe? 'Cause I'll let you know a secret.  That fire of yours, when it gets going, makes me hot like nothing else.  Nothing a biker likes more than soft and sweet with a sassy inside."


Gah! I loved Cade and his sweet heart.  He's may not be perfect but he's perfect for Dawn and her girls.  Enough to make her trust and take the leap.  They all make such a cute family that you can't help but love them all together.

There was a bit of running and assumptions in this book but it was well balanced with drama, suspense, bad asses, steam and love.

4 I loved Cade Thumbs up!