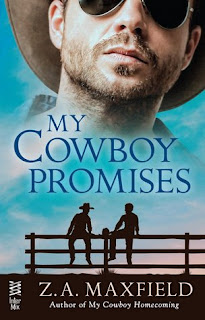 My Cowboy Promises (The Cowboys #4)

To become the man he’s meant to be, one cowboy will have to be the man he never wanted anyone to know he was…

Ryder Dent is a true-blue cowboy. A devoted son, husband and father, but one who is living a costly lie. When they were both young, Ryder and his closest female friend Andy thought they’d found the perfect solution to both their problems—she was single and pregnant, and he was secretly gay—so they got married and raised Jonas together.

When Ryder gets hurt at a party, his son’s new pediatrician comes to the rescue. The connection between Ryder and Dr. Declan Winters is sudden, powerful, and undeniable. Ryder loves Andy and the family they’ve created together—but they both need more. Can they pursue their hearts’ desire without destroying the life they’ve built and losing the son they love?

Source: eARC for Honest Review Courtesy of Intermix | Penguin Group
Genre: MM Cowboy Contemporary Romance
Part 4 in a series but can be read as a standalone

Gay Cowboys?  How can you go wrong?  There's just something so sweet about this series.  My Cowboy Promises is part of a series but can be read as a standalone.  In this book we meet Ryder Dent who might be just the sweetest most loyal thing ever.  Even if he is a bit confused.  However, his intent and love are in the right place.  Now he just has to find the balance between love, loyalty, family, friendship and happiness. 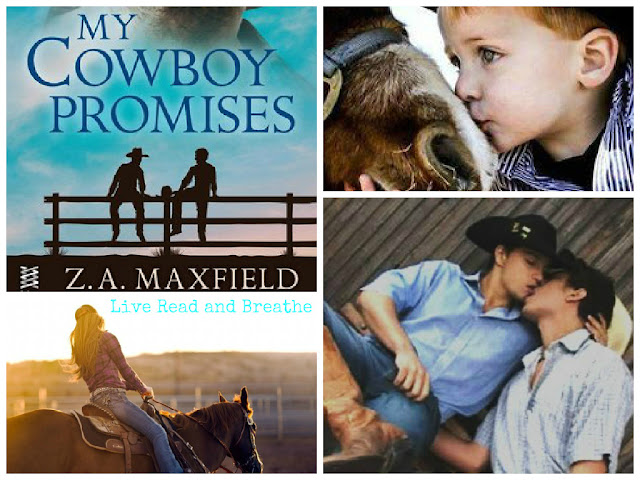 Six years ago Ryder's best friend Andi needed help.  So Ryder being the honorable man he is, the solution was to marry and then become a family and raise Andi's son as his own.  This idea is very sweet but not ideal when it comes to Andi and Ryder's true happiness.  This was never a problem for either of them until the new handsome doctor comes to town.

The minute Ryder meets Declan his world changes.  Now his most kept secret is coming out at full force causing all kinds of havoc for Ryder and his family.

~Once again, the truth did not set me free.~

I have to admit the I loved Ryder and Declan together but Andi NEVER won me over.  I found her too selfish.  She would always make decisions on her own but the moment Ryder would she would throw shit in his face.  Every time she did this I liked her less and less.

I liked the idea of her in his life but she just didn't pass the bill for me.  Sure at the end she comes around but it was a bit too late for me.  I would have been more happy with Declan, Ryder and Jonas in the end with Andi out on her own.  I know that sounds harsh but it is what it is.

Declan even demeanor and open heart is the perfect combination for Ryder's loyal loving brooding ways. The may seem a bit opposite but instead are quite perfect for one another.

"You want to talk?"
"Nope."
"That may be our biggest problem if we date."
"I have noticed you like to talk about shit. A lot."
"I've noticed you prefer to brood. Some."
"That's a time-honored tradition around these parts. Strong, silent cowboys." 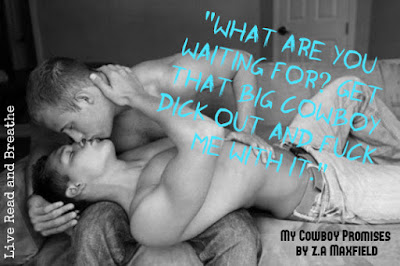 Besides Andi the story was good but I did feel the ending wrapped up a bit too quick after the big climax of tension of their life choices.  If it was just Ryder, Declan and Jonas, they would have received 4 thumbs up for me but sadly Andi annoyed me too much to not let it effect my reading experience.  Even though I didn't love Andi that does not mean I can't wait to read more about these fantastic cowboy from the great mind of Z.A. Maxfield.

So in the end it was a 3 Cowboy Loving Thumbs up!