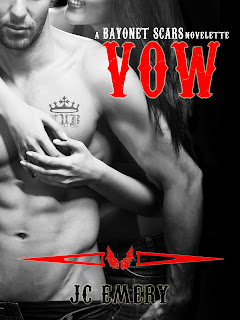 HE REFUSES TO GIVE IN. SHE REFUSES TO GIVE IT UP.
Alexandra Mancuso knows all about regrets. She talked to the wrong person and started a war that’s ravaged her newly adopted motorcycle club family and threatens to cost Alex her life. Now, she’s cautious with the commitments she makes.
Ryan Stone, road captain for the Forsaken Motorcycle Club regrets nothing—except putting Cub in danger one time too many. The Forsaken Motorcycle Club has a plan to end the war with the Mancuso crime family and they need everyone’s head in the game. But Ryan can’t focus on the club when he’s so distracted by a certain reckless brunette. She gives him everything except for what he really wants.
Today, he refuses to take no for an answer and maybe, just maybe, this time Alex won’t be able to stand her ground.
True love always defies the odds.

As a child, JC was fascinated by things that went bump in the night. As they say, some things never change. Now, as an adult, she divides her time between the sexy law men, mythical creatures, and kick-ass heroines that live inside her head and pursuing her bachelor's degree in English. JC is a San Francisco Bay Area native, but has also called both Texas and Louisiana home. These days she rocks her flip flops year round in Northern California and can't imagine a climate more beautiful.

I absolutely adore this series, so this was a great little snippet with Ryan & Alexandra.  In Ride, which is book 1 in the Bayonet Scar Series we first fall in love with Ryan and Alex.  At first Ryan is a bit of an ass but Alex wins his heart.

It takes awhile for Alex to start to feel like she fits in with Ryan and her new MC family.  After living the life of a mafia princess she wants her freedom yet still wants to be with Ryan and be a part of his world.

Ryan has a lot of stress on him these days but what would help him is Alexandra finally agreeing to be with him in an official way. 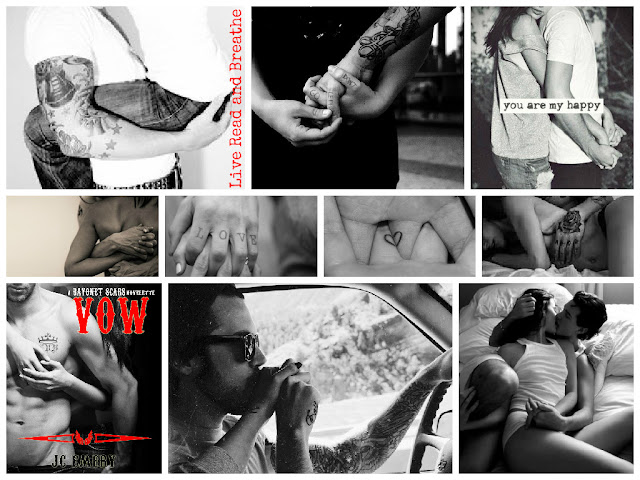 Alex has strong views but it doesn't mean she doesn't want forever she's just having a hard time finding peace with her wants, needs and desires in this new world.    I adore Ryan and Alex together so I loved to get to see them more in this capacity.  I know Alex may have made a bad choice in the past but I hope in the future once all the shit settles that Alex can be finally accepted as an old lady within the club.  However club or not Ryan is ready to make his vow to Alexandra no matter what.

This novelette was super short and super sweet in an MC kind of way.   Plus included is a excerpt from Burn, which makes me giddy with excitement that we finally get the misunderstood Ian's and the very broken Mindy story soon.   July 23 can't come soon enough.

4 Make the leap Thumbs up!