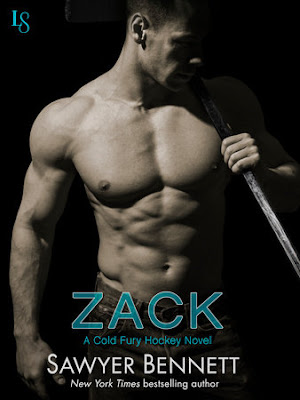 New York Times bestselling author Sawyer Bennett goes for a hat trick with the latest romance in a sexy series about cool-as-ice hockey players and the women heating up their lives.
Warning: The following contains spoilers from a cliffhanger in Garrett.

Rising star Zack Grantham has been stuck in a downward spiral of grief that has put his career on hold. Back on the road with the Carolina Cold Fury, still crippled by emotional baggage, and now a single dad, he’s in need of some serious help with his son. But while the nerdy new nanny wins his son’s heart, Zack isn’t sure he’s ready for a woman’s touch—even after getting a glimpse of the killer curves she’s hiding under those baggy clothes.

Kate Francis usually keeps men like Zack at a distance. Though his athlete’s body is honed to perfection, he refuses to move on with his life—and besides, he’s her boss. Still, the sparks between them are undeniable, tempting Kate to turn their professional relationship into a personal one. But before she makes a power play for Zack’s wounded heart, Kate will have to open him up again and show him that love is worth the fight. 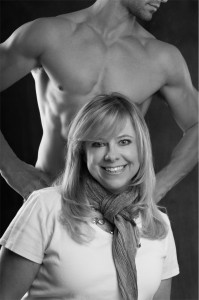 Author Info
USA Today and New York Times Best-Selling Author, Sawyer Bennett is a snarky southern woman and reformed trial lawyer who decided to finally start putting on paper all of the stories that were floating in her head. Her husband works for a Fortune 100 company which lets him fly all over the world while she stays at home with their daughter and three big, furry dogs who hog the bed. Sawyer would like to report she doesn’t have many weaknesses but can be bribed with a nominal amount of milk chocolate.

Sawyer is the author of several contemporary romances including the popular Off Series, the Legal Affairs Series and the Last Call Series. She will be releasing her third book in the Cold Fury Hockey Series with Random House Loveswept, June 2015. 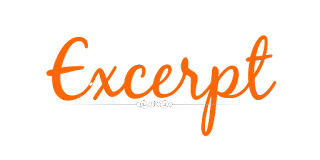 I wasn't sure how this book was going to play out with Zack losing his partner at the end of Garrett.  But it was done well.  We find out the truth behind Zack and Gina which gives a chance to root for him to try and find true love and his HEA. 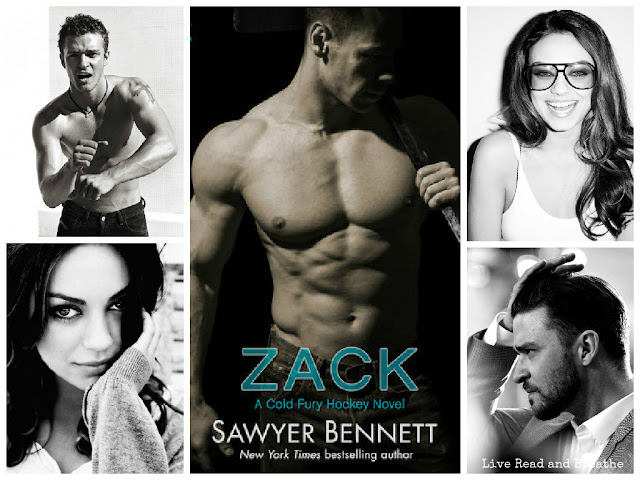 After the accident that Zack loses his girlfriend and breaks his wrist.  He has had a hard time letting go of the past and guilt and moving on.  Thankfully he has his son Ben and the Cold Fury to give him something to live for and make himself move foward.

With the help of his sister, he's forced to hire a nanny to help with Ben.  This helps, hinders and haunts Zack.   He needs the help, but has a hard time rectifying that someone else besides Gina is going to help him raise his son.

Kate has learned life the hard way but it has never made her hard.  She needs this job as Ben's nanny so she can continue with her masters, but she didn't expect the road block of Zack.  She knows Zack is battling his own demons but she wants to try and make it better for him.  But how can she make it better when she hides herself?

Kate has learned to cope by being in the shadows and not sticking out, but Zack's able to see more than her baggy clothes and large glasses.  Now he just has to keep his thoughts to himself as he doesn't want to cross the line with his son's nanny.

Sadly until Kate, Zack has been void of all emotions and feelings except guilt after the accident, until Kate walks into their lives.   With Zack being a bit clueless he convinces the sweet supportive giving Kate for a sex only relationship.  We all now that this choice is going to backfire for both of them.

It starts as sex only but quickly turns into more from both sides.  Zack is a character that at times you love to hate.  He has so many things going for him, but when it comes to Kate he's so daft that you just want to wring his neck.

As for Kate she has nothing but love to give Ben and Zack so when she's finally had enough your heart aches for her.  But Zack has many demons to slay before he sees what is and what has always been right in front of him.

As usually Sawyer has done a great job with their chemistry and undeniable passion for one another as well as the angst and heartache between this couple.  I know this is a fiction book but having some friends in the NHL, its hard at times to see discrepancies, that takes some of the wind from the sails for me while reading.  However, if I didn't have that connection it wouldn't be noticed or effect the story for others.

Cute Story! Loved Kate and all her happy and sweetness.  Loved Zack even though at times his demons tore him apart.  These two are so sweet together once Zack got his head out of his ass.

I do quite adore this series.  Zack's book was great but I have to admit I can't wait for Ryker's book I think its going to be great from just the brief intro of Ryker in this book.