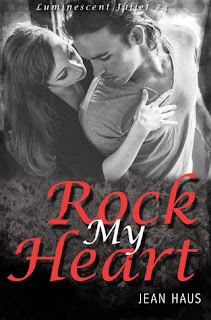 This story can be read as a standalone.

Raised in poverty and violence, Gabe Reed wears a could-care-less attitude like a shield. He expects life to suck. It always has, and he is usually the one to screw it up even more. Drumming for the college band Luminescent Juliet started as a way to release the built up rage inside of him. But when the band signs with a label, Gabe begins to envision a different life. He just needs to stay out of trouble and follow the court orders of his probation.

April Tanner knows most people view her as perfect. From her icy looks to her college four point, she cultivates the persona since it helps keep people at a distance. Because behind her perfection, April constantly struggles with a past that she is trying to atone for but can’t face.

Though Gabe and April seem worlds apart, fate throws them together and forces them to see beyond the fronts they each present. But even an emerging friendship mixed with a growing lust might not be able to overcome the walls built of guilt and insecurity and abuse that stand between them.

Source: eARC for Honest Review Courtesy of Author
Genre: Mature YA / NA Contemporary Romance
Part 4 in the series and most likely the last in the series.

My Rock My Heart Review ...


Why do we do the things we do?  Is it because of our past? Our guilt? Our shame? Our need? Our want? Our anger? Our hurt?

For April and Gabe they may be polar opposite but are fed by their pasts which is dictating their present and future. 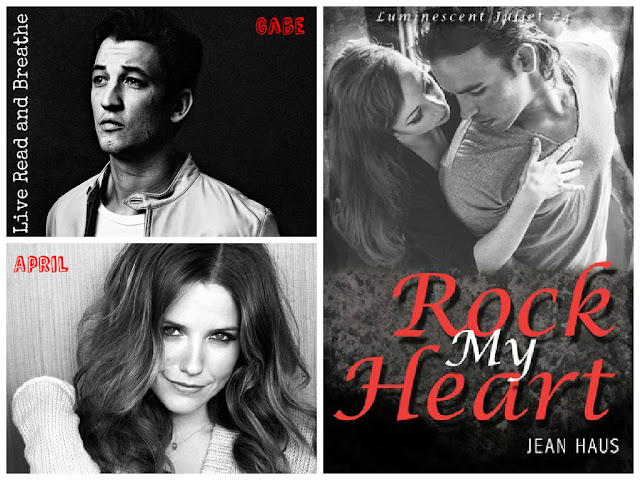 To Gabe, April's a spoiled girl who doesn't belong to their group of friends.  For the life of him he doesn't know why Romeo ever dated her.  Unfortunately for him Riley and Romeo are good friends with April so she's now part of their group.

His anger has landed him time at group therapy, where he runs into April.

April has her own demons behind her perfectly polished shell.  Yet she's a bit of a dichotomy to Gabe.

"You want people to think you're perfect, yet you don't care what they think."

The last thing April wants is for Gabe to find out her secret but she doesn't know how to get the placement she needs with her school at the same time get away from group therapy and Gabe.  Fortunately for both Gabe and April they start to receive the benefits of group therapy and the tasks involved with it.

~ I'm slowly coming to terms that hiding my past isn't solely about keeping me from depression.  It has also been about being afraid of how people view me. ~

The more Gabe and April hang out the more they start to feel for each and the more they can't deny each other.  Unfortunately for them their demons cause tons of angst for them within themselves and each other.  Now its a journey to try and heal and move forward.  Either on their own or with each other.

"And though I do understand why you've felt guilty, you also have to have the courage to forgive yourself."


Gabe's anger is hard to take at times but you know he has such a soft heart underneath, that you're just rooting for him to see the light in the midst of all that rage.  Thankfully he has drumming, which is his outlet and April even though he's still a bit torn of how this relationship has potential.

~This is starting to kill me.  His stubbornness is breaking my heart.~ (Me too)

Gabe and April don't have an easy time being together but they seem to work when Gabe gets his head out his ass long enough.

" ... But together, we're less screwed up.  Together we're stronger, better people, like you said, brand new."


Now their pasts are coming to the present and they both have to deal with him if they want to find a HEA with each other.

"That the trying is what makes us better, even if it's twisted fuckery. It might not get you to the finish line, but it gets you closer."


From the beginning I have loved this series and I'm a bit sad to see the end but all good things come to an end sometime or another.   All of the Luminescent Juliet's have a place in my heart but especially Gabe.  His character's journey is harsh but hopeful.  Great Series. Great Book.