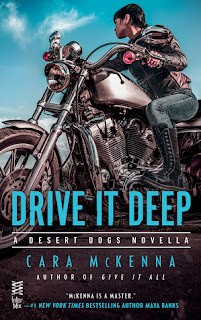 The author of Give It All and Lay It Down reveals a glimpse into the past in this blistering new Desert Dogs prequel about love gone wrong.

Jeremiah Church and Raina Harper have been close since they were kids, back when life was all about hot Nevada summers spent running wild on the backs of their motorcycles with their friends. Now in their thirties, their lives are changing, and so is the way Miah looks at Raina—a sizzling tension has begun to smolder, impossible to ignore.

Miah is a man of simple pleasures—after a long day overseeing his family’s cattle ranch, a cool drink in his hand and a barstool under his backside are all he needs. Except lately, Miah’s begun looking at his bartender differently. Raina is Miah’s polar opposite—she’s as hot-headed as he is self-possessed, as wild as he is steady. And though they’re a recipe for disaster, the mutual attraction brewing between them is too tempting to deny.

But when bottled-up desires hit this hard, this fast, after so long, the results are positively explosive. And while the affair is hot enough set the badlands on fire, when the flames burn out, will their lifelong friendship survive, or go up in smoke?

My Drive it Deep Review...

Ugh! Up to this point I have loved this series and all things Cara McKenna but I have to admit that I didn't love this book.  I liked the idea of it and of course I loved getting to know Miah more but there was just something about it that didn't completely grab me.

For starters it took me quite awhile to get into this book compared to the others.  As well as it was hard to fully get into it knowing that Raina ends up with someone other than Miah.  I know this is a bit of a prequel but I think it would have been better if I read it between book 1 & 2 versus after 2. 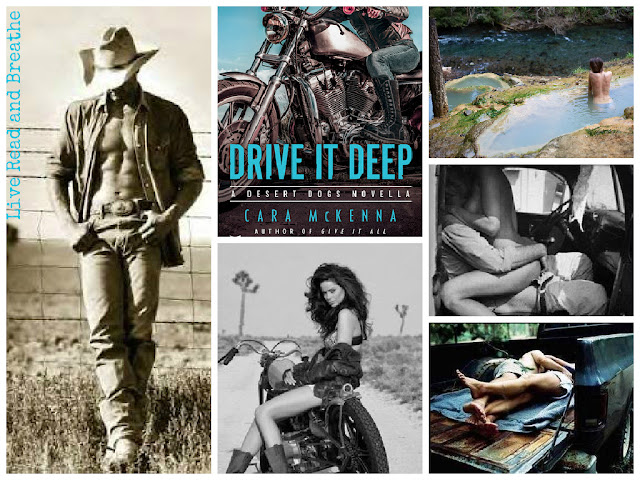 I admit that I have been curious about what happened between Raina and Miah so I wanted to read this but it fell flat at parts for me.  With Raina it felt like a completely different character than when we get to know her in Give it all.  Plus the way Raina handled poor Miah's emotions for her own needs did not gel with me.  Her mismatched emotions made me like her less than make me feel for her and her torn emotions.  Miah is the salt of the earth and she stomped all over him.

"He know that's all it is to you? Temporary?"

Miah falls hard for his best friend and thinks it's reciprocal but finds out quite harshly that's it not.  For Raina she does love Miah and loves her sexual relationship with him but she won't change her ways.  I felt like she knows Miah and how he goes all in to things with his heart that she was careless with his emotions.  Especially when he wears his heart on his sleeve.  Once she realizes that he may be into it more than her she breaks his heart but still wants the sex part.  :(

Miah thinks he can give up a part of his dream for Raina but realizes that he too can't compromise especially with someone who's not willing to even think about change or compromise for each other.

"The second I'm the one laying out what it is I want? I listened to your demands- I listened to you tell me that I get no say in what happens if I got you pregnant.  You know how goddamn much that hurts, Raina?  Any goddamn clue?"

After I finally got into the book I was so excited that it was Miah that walked away.  My fingers are crossed that Miah gets his own book and his own well deserved HEA.  In this novella I fell out of like with Raina and fell in love with Miah.  With this novella we get to see more about what happens with
Fortuity, Nevada before the casino rolls in and how deep these friendships are between all of them.  It was good to see but like I said if I read it between 1 & 2, I would have liked it way better.

3 Hopefully Miah gets his HEA soon Thumbs Up!

Posted by Live Read and Breathe at 20:29