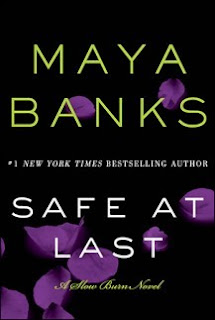 They say young love doesn’t last, but a girl from the wrong side of the tracks with unique abilities and the hometown golden boy were determined to defy the odds. For Zack Covington, Anna-Grace—his “Gracie”—was the one. Until one night forever alters the course of their future, when a devastated Gracie disappears without a trace, leaving Zack to agonize over what happened to the girl he loved. As the years pass, his desperate efforts to find her uncovered nothing.

Now working for Devereaux Security, he stumbles across a painting featuring a special place only he and Gracie would know. The image is too perfectly rendered for it to be coincidence. His Gracie must be alive. When he finally tracks her down, he is shocked—and heart-broken—to discover the wounded shell of the girl he once knew and still loves. Her psychic gifts are gone, and worse, she believes he betrayed her all those years ago.

Zack has enemies, and once his weakness is discovered, Gracie becomes a target for revenge. He’ll have to save her before he can earn her trust and her love. And he vows they’ll never be torn apart again. 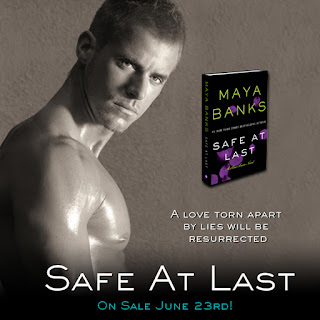 I think this series started as a trilogy but blossomed into a full series as there is still so much more to happen with these characters at Devereaux Security.   In Safe at Last we finally get to find out more behind the mysterious but loyal Zack. 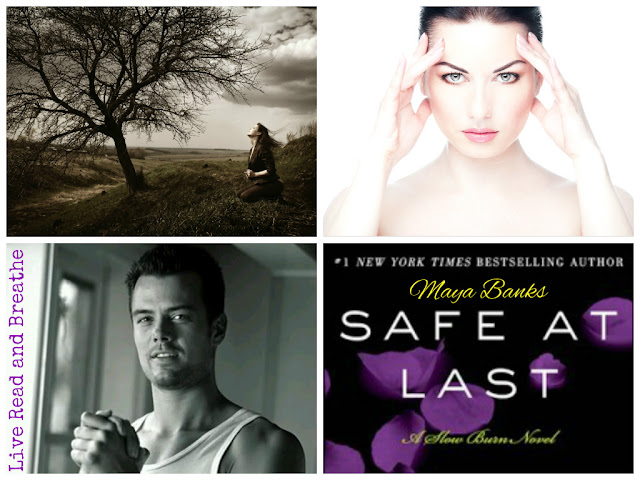 Since Zack as been twenty he has loved one woman.  The moment he met her as a girl he knew she was the one.  He planned for it.  Yearned for it.  Lived for it.  Until one day she was just gone.  Gone.  Now 12 years later he still is searching and still loves her like it was yesterday.  Sadly he's just about to give up the ghost when he sees a painting knowing that his Gracie is still alive.

Evil may have separated them but fate brought them back together.   Zack is excited to finally see Gracie again and get his long deserved answers.  But the moment doesn't come because Gracie is terrified of Zack.

Gracie has had a shit life and her dreams were lost after a terrible tragedy that took her faith in love and in Zack.  Now Gracie is broken and barely surviving.  Now that Gracie is back near Zack it causes the DSS's hunt to come closer to their door when Gracie gets hurt.

Zack is determined to learn what happened to Gracie while at the same time keep her safe.  When he finally finds out the whole truth (And holy shit what a truth it was.  Devastating and Evil) he's determined to find out why and prove to Gracie he had no part of that.  If he can do that then he can hopefully get Gracie to love him again.

"What separates the weak from the strong is what they do with the shit once it falls."

After the evil invades Gracie she loses her ability to read minds but thankfully she gains it at the most opportune time.  With the help of Ari and Ramie they finally convince their overbearing protective men that they are needed to help.  Reluctantly the men concede but with those three powers these woman kick some serious ass.

The series is fun.  It has elements of paranormal.  It has loads of suspense with gut wrenching histories.  And it has love.  Zack may be a bit mysterious but oh boy is he seriously super sweet and romantic.  After loving only one woman his whole life when he finally gets the woman he's determined to keep her and do it right.