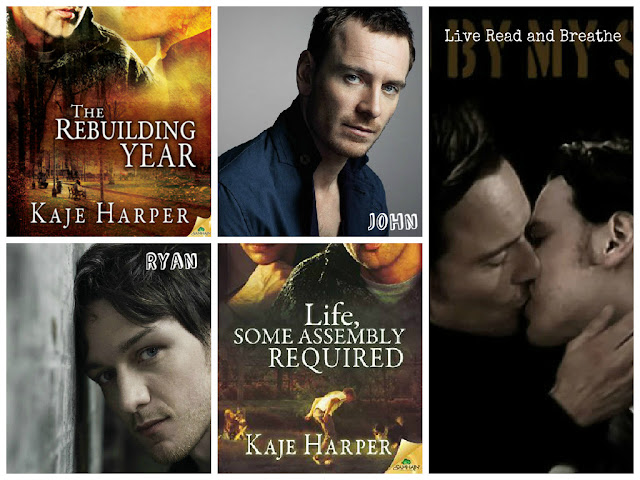 OMG! I LOVE THIS SERIES!!!! It has some of my favorite themes: straight to gay and friends to lovers.   Ryan and John are PERFECT together.  I freakin' love them. 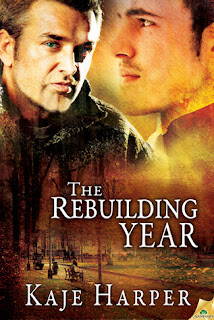 Losing nearly everything leaves room for the one thing they can’t live without.

A few excruciating minutes pinned in a burning building cost Ryan Ward his job as a firefighter, the easy camaraderie of his coworkers, his girlfriend, and damn near cost him his left leg. Giving up, though, isn’t an option. Compared to the alternative, choosing a new profession, going back to school, and renting a room from the college groundskeeper are simple.

Until he realizes he’s falling in love with his housemate, and things take a turn for the complicated.

John Barrett knows about loss. After moving twice to stay in touch with his kids, he could only watch as his ex-wife whisked them away to California. Offering Ryan a room seems better than rattling around the empty house, but as casual friendship moves to something more, and a firestorm of emotions ignites, the big old house feels like tight quarters.

It’s nothing they can’t learn to navigate, though. But when dead bodies start turning up on campus—and one of the guys is a suspect—their first taste of real love could go up in smoke.

Product Warnings
Contains two hot men wrestling with a shift in their sexuality, as well as a few positions probably listed in the Gay Kama Sutra. But it’s not all about the hot and sweaty—especially when your previously straight life knocks on the door and comes back to visit.

ADD TO GOODREADS
BUY: AMAZON (US) | AMAZON (CAN)

My The Rebuilding Year Review ... 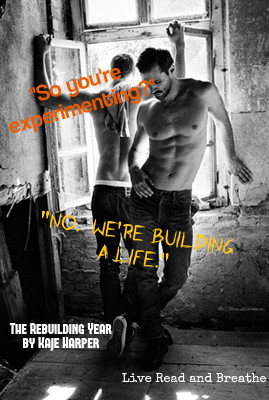 Ryan Ward at one time was quite the player where the ladies were concerned.  He had always wanted to be a doctor but life threw him a curve ball, so he ended up being a firefighter instead.  Now recovering from another curve ball, but this one a near death causing him to rebuild his life.  He's now in med school and learning to survive and live after a terrible accident.

John Barrett's a family man through and through.  He's has always being a loving partner and father but when his ex wife gives up on their life for something better, she guts him when she takes the kids from him.  Not only did she move the kids but she also doesn't let John see them.  John loves what he does being a landscape architect, but that was never good enough for his wife.  Now he has to find away to make his life work again.

On a chance meeting Ryan and John become instant friends.  They are both a bit older and have a lot in common.  This easy friendship turns into roommates but what these two didn't expect was to fall for one another, especially because they're both straight.

Ryan and John's connection just clicks.  For these guys that's not that surprising because of their ease of camaraderie, which evolves into something more.  Some think labels are great but I'm on the camp that labels more hinder than help.  If there were no labels we should just be able to love whomever without judgement.  With labels with whatever choice we make we have to be put in a box, but not all boxes work for all, especially where John and Ryan are concerned.

Now that Ryan and John have crossed an invisible line they have to deal with the aftermath of all these new emotions and feelings. As well as how they want to evolve this relationship.

It's not easy for these two because it's not just John and Ryan but John's kids as well that factor in to their relationship.

"Yes, in love.  Not lust, not like.  I love your father more than anyone I've ever been with.  And if that makes me gay, I guess I'm gay."

Slowly and beautifully these two fall in love.  Their story is beautiful, charming and right.  It's not an easy journey for these two but they find a way to make it work in their rocky new world.  I effin' loved these two and this very beautiful book. 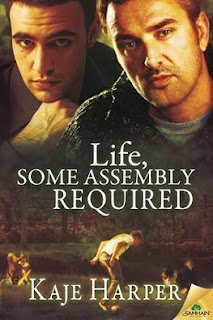 Finding love in the ashes was easy. Building a life together? Don’t make Fate laugh.

After spending the first part of his life chasing pretty girls, love has finally come to Ryan in the form of John, a tall, lanky, red-headed landscape architect with wide shoulders and a five-o’clock shadow.

For the first time in his life, love feels easy. Hell, he even ran into a burning building for John and his son, and he’d do it again if he had to. But telling his father and brothers “I’m gay. I’ve met a man”? That’s a bumpy ride he’s not looking forward to.

For John, loving Ryan is as natural as breathing. Now if only the rest of his life would fall into place. Dealing with his teen son is complicated enough, but with his ex-wife causing trouble and his daughter wanting to move in, John’s house—and his relationship with Ryan—threaten to split at the seams.

Would one month without a new surprise knocking him upside the heart be asking too much? If the sound of Fate’s laughter is any indication, the answer must be yes…

My Life, Some Assembly Required Review ...

Sometimes when a couple is continued in a second book it can get repititive and tiresome, but for these two it was what we needed to see from them.  It was never going to be an easy road for these two just being gay but add all the other family drama these two are in for a rough ride.

Ryan and John have jumped many hurdles to be together but these two have many more to go.
Ryan and John might be out to John's family but now they have to come out to Ryan's, which isn't sunshine and rainbows for these two.  They only way they can fight this is with a united front.  These two are solid and face so many challenges that can only strengthens these two.

"This shouldn't even be a thing, you know?  I should be able to say, 'Hey, guys, I've found someone to love.'  What sex you are, which chromosomes you have, shouldn't matter."  (So totally agree with this sentiment)

But not all strong things are built to last.  Ryan and John are still trying to wade their way through the land mines of Ryan's family only to have John's ex and his kids be back full time into their world.  Because John's so supportive, loyal, loving and easy going he's getting torn between his old familar family and his new family with Ryan.  Sure it would be easy at times to go back to what worked at a time but that doesn't mean that's the right choice.

Ryan really has never been in a serious relationship before and now that he and John's bond is being threatened, he has to find away to be supportive and still have their HEA.

There is a lot of ignorance to this LGBT world and poor Ryan and John have to fight an uphill battle with this.  The only thing that makes them fight harder is their love for one another.

"What you made me,"  he said softly, "was happy.  When I wasn't sure I would ever be again.  Gay or straight doesn't mean anything, compared to that."

I so have so fallen in love with Ryan and John.  I feel like I have walked with them and all their hardships, and have rooted for them the whole way through.  Their love story is a thing of beauty and it doesn't matter what color or gender for these two.  What matters is their own happiness and love which they both have in spades for one another.  This love is what pulls them through the tough times so they can have their slice of happiness in the end. 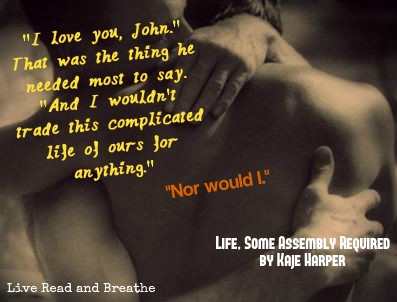