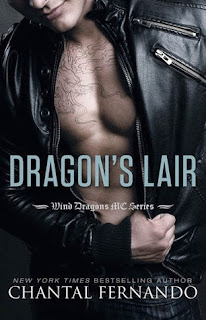 
The first in a new sexy romance series from bestselling author Chantal Fernando about the bad boys of the Wind Dragons Motorcycle Club and the women who fall in love with them.

When I found my boyfriend cheating on me, I did something stupid.

Or should I say, someone?

Because of that mistake, I’m now stuck in a world I don’t belong in.

I’m a law student. They’re criminals. He’s the vice president of a motorcycle club. I’m a good girl with a strict upbringing. He’s my ex-boyfriend’s brother.

I was in the mood for a MC book and this was good but it was more MC lite then what I was craving.    It was more cutesy than dark. 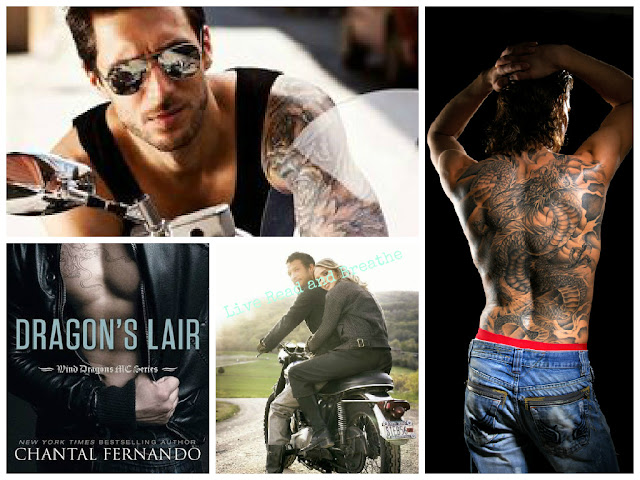 This book had some of my favorite themes: friends to lovers and the MC but I wanted more grit from it.  I found it more cute than hard, which I expect from a MC book.

Faye has always had a crush on her older neighbor Dex but once he left home she never really saw him again.   Now Faye is in law school fulfilling her role as dutiful daughter and dating her boyfriend who also happens to be Dex's little brother.  Things are perfect on paper for her until she walks into her boyfriend with someone else.

Now Faye wants to spread her wings.  Which she does in the form of Dex whom she happens to run into.  For the first time she is okay without a plan and losing her inhibitions for one glorious night.  What she didn't count on was that night was not to be forgotten.

Now Faye finds her self on the run until Dex finds out what precious cargo she's carrying and hauls her ass back to the clubhouse.  Having a law student in a clubhouse could be a bad mix but Faye's non filtered mind charms the boys and she abandons her old ways and adopt the MC as her own.

Dex has to get his shit together before he can fully commit to Faye and everything that comes with her.  But he has to find a balance between Faye, his past and his MC family.   Even though I wanted more from this book Dex and Faye were sweet together. But that's the clincher there for me. I don't think sweet and MC should be together.

The other characters were good and this series has loads of potential but inside this MC world it felt a bit soft.  Did I like Dex and Faye? Yes.  Did I like the MC? Yes.  But I still wanted more oomph. More edge.  More grit.  More raw.  More dark from this book.  My fingers are crossed that there will be more with the rest of the series.