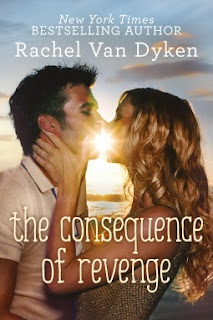 After losing his best friend to another guy, the notoriously too-confident Max Emory suddenly feels lost. He may have devastatingly good looks, an abundance of charm, and a claim to one of the biggest hotel empires around, but he has no ambition anymore. So when his fed-up friends decide they’ve had enough of his moping, they sign him up to be the next bachelor on the reality series Love Island. And between his pride and his forged signature on an ironclad contract, Max just can’t say no.

Now he’s stranded in paradise with twenty-four women, one terrifying goat, and Becca, the breathtaking barista who already turned him down back home. The closer Max gets to Becca, the more determined he becomes to win her over. As she gets to know him better, things start heating up. But is Becca really after Max’s heart—or is she after the cash prize she could claim once the cameras stop rolling?

My Consequences of Revenge Review ...

Holy Hell, this book was ridiculously funny and exactly what I needed to read.  Lately I've been in a bit of a reading rut and this book perked me right up.  I fell in love with Max in The Consequences of Loving Colton so I couldn't wait to find out how this book was going to turn out,  especially after we have meet the whole gang.  And when this gang gets together you know the shenanigans are going to commence.

After Max graduates he's floundering a bit.  He doesn't know what to do but with the help of Jason, Milo, Colton and Reid they decide enough is enough and do something about it for him. What they decide is a good decision is forcing Max to be the bachelor on the next season for a reality TV Show.  How they thought this was a good idea is beyond me but super funny. 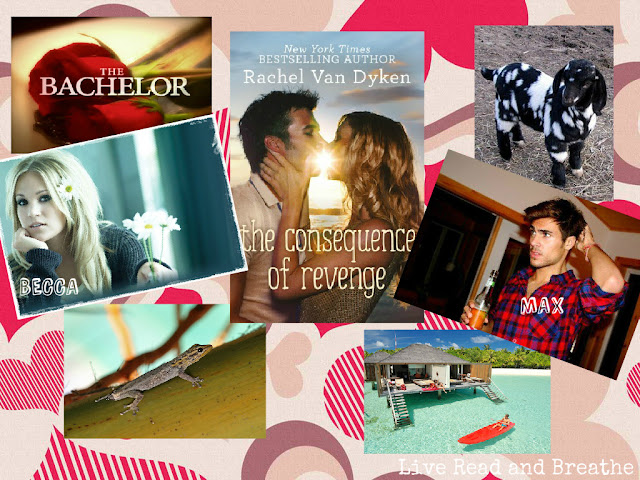 Max is reluctant to go but is legally bound to do it even though it was forged.  After he meets the girls he's a bit scared since most of them are cray cray.  Not crazy like Max but real crazy.  However, there is one girl who stands out of the pack but thinks she's a bit of a prude since he previously met her a Starbucks and she wouldn't have anything to do with his one liners.

Becca only went on the show because she needs the money to finish paying for school.  What she didn't expect was to fall for Max and his friends.   Becca's a sucker for the underdog so she felt compelled to help Max with all the crazies.  This help caused an instant union between the two.  A union that turned to best friends and partners in a zombie apocalypse to lovers.

This would have been funny enough just with all that is Max and his new relationship with Becca but throw Reid, Hades, Little G, Edward, Rex the crazy producer, all the contestants, then Jason, Colton and Milo and it was hilarious.  They say there is a lid for every pot you just have to find it.  For Max he didn't know what he needed but once he found Becca it gave him a sense of direction and rightness.  Now he just has to trust that it's enough.

"I'll wait for your answer .  .  . praying to the moon, the sun, the stars, that it's the one I want to hear, because you've managed to lay your soul next to my heart, and I've discovered it doesn't want to let go."

I would to live in Rachel Van Dyken's head for just a moment to see how she does it.  She goes back and forth between so many different themes with her different series and books with such ease that it amazes me.     From hilarious to mafia to heartache and so on.  It is such a gift.  And I truly adore all her books and series that I have read so far.

4.5 Exactly what I needed Thumbs up!

Posted by Live Read and Breathe at 14:15