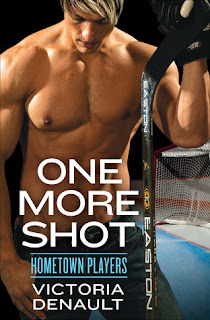 They say you only get one shot at making your dreams come true.

Jordan is determined to take two.

Drafted by the NHL at eighteen, Jordan Garrison was headed for fame, and there was only one person he wanted to share it with—Jessie Caplan. He was crazy in love with her, and had finally told her so. They shared an amazing night . . . and then everything fell apart.

Jessie tries not to think about the night she gave herself to Jordan—or how he broke her heart. She tries not to think about it, but she does. Especially now, when she's staring into his sky-blue eyes for the first time in six years. After so much time and torment, she can't tell if she loves him or hates him. But Jordan has learned enough to know a connection like theirs is rare. He was lucky to find Jessie once. No way will he lose her again.

My One More Shot Review ...

Well this is a debut author and it was pretty good but unfortunately for me it was another book filled with ... loads of assumptions and miscommunications.  As you all know of late that this theme is driving me batty because it's been overdone.

I let the the first round of assumptions and miscommunications go because they were young and stupid at the time but now 6 years later and they are still making the same mistakes that I was getting frustrated just wanting them to pull up their big boy and girl pants and move on and grow up. 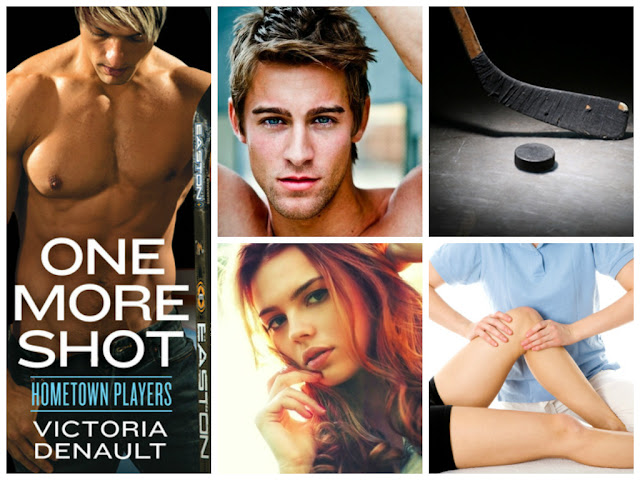 Jordan and Jessie have been best friends since they were 8 years old.  Once they started to blossom they became more and more attracted to one another but didn't say anything.  At this time they were dating other people.  Now at 18 Jordan finally makes his move and tells her how he feels but then a gong show of things happen causing Jessie to run instead of confront or talking to Jordan.  Because they are both young they don't actually confront the issue and now 6 years later they are forced to deal with their past, present and possible future.

To get a background on these two it was done doing flashbacks. I have to admit that sometimes I'm cool with flashbacks and other times they grow tiresome. In this book for me they were unfortunately tiresome.  I just wanted to be done with their past and for them to both realize that they BOTH made mistakes and instead of nursing hurt feelings that could have been avoided if they actually talked to one another.

After another series of events of more assumptions, miscommunications and running.  Jessie finally clues in and does the unthinkable and actually stays put and communicates *gasp*

~ I'm not runny away this time~  (fucking finally)

After the talk these two finally get their heads out of their asses they try to make a relationship work for them.  During their ups and downs we get to see a bit more from his friends and family gearing up for other books in the series.

Sports Romances are another guilty pleasure of mine and I was looking for something new and hoping that this would fit the bill but it didn't at this time, but this series does have potential and I will most likely read the next one to see if it can live up to its potential.  In the end it was cute but predictable and too similar to other themes in this genre.

2.5 to 3 More assumptions and miscommunications thumbs up!

Posted by Live Read and Breathe at 21:09