Cry For You (Fallen Star #2) by Candy J. Starr ~ #bookreview 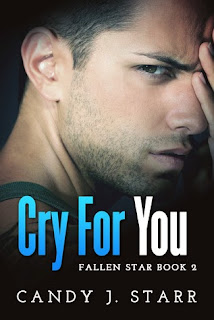 There were a million girls who'd swap places with me in a heartbeat. They wept for him and mauled each other to get closer to Tex. The way they obsessed over him and put him on pedestal scared the hell out of me.

I'd fight every single one of them to keep him but I couldn't put this man in a box and have him all to myself. That period with just me and him, alone in the studio together had long gone. There was the price I had to pay for being with him. I knew that and it destroyed a part of me to pay it.

He'd promised to protect me, to keep me out of the limelight but I wasn't sure if that was even possible. There were girls backstage who watched my every move. They stalked me like jungle animals stalk their prey but instead of sharp teeth and claws, they had camera phones. They wanted Tex even if they had to destroy me to get to him.

OMG This book had me anguish the whole way through.

We were left off with the choice in Tex's hands, even though he didn't know there was a choice to be made, until Ruby wasn't where he left her.  He knows she's not big fan of crowds but she's also the one who pushed him back in the spotlight.

As I was reading this we end up with a different POV and I got super confused thinking did I miss something but nope.  As all of a sudden there was another person POV and it was perfect.  All of a sudden we meet Denise who is crazy as a cracker jack.  I felt Candy captured the delusion perfectly and it kept me intrigued throughout the book especially realizing how deep down crazy this character was.

Ruby and Tex already have a fragile relationship when they are out of their bubble.  Now that the world knows about Ruby she starts to freak and not cope well.


"You can't make things go away by burying them.  Not literally, not figuratively. ..."


Ruby and Tex are so good for each other but they SUCK at communicating.  Ruby has a past which we start to get bits and pieces of why she is the way she is.   Ruby knows that there is a potentially bad situation but she's afraid to talk about it with Tex, because then they would have to talk about what is going on with their relationship.   Plus every time she eludes to trouble Tex down plays the seriousness of what is going on. 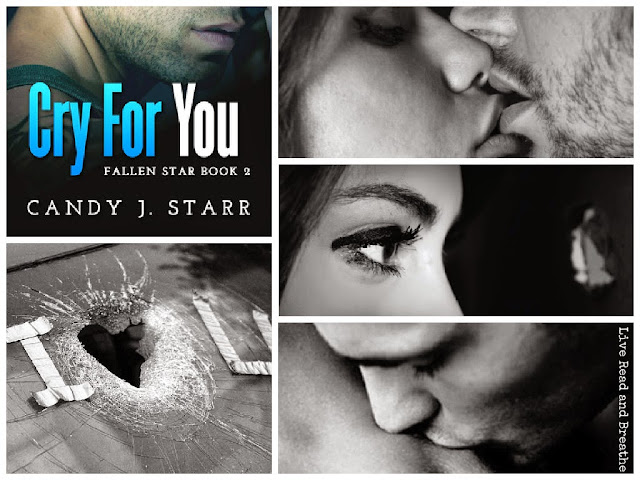 Tex is worried.  So worried that he's trying to protect Ruby.  But the more he protects her, the more he pushes her away.   These two are in the midst of a shit storm with not many ways out of it.

"I'd said nothing and the evil happened anyway.  Maybe it was better to be bold than to hide in fear. ..."


Ruby's a bit of a coward and inept when it comes to communication with her feelings.  Where Tex tried to do the right thing but went about it the wrong way which caused it to blow up in his face.  Maybe they will learn that communicating could have possibility eliminated these issues they had to deal with.

Just as we think they may have found their HEA you know there is so much brewing under the surface for these two.  Which makes us wonder how they are going to make out in the real world.  This book left my heart pounding and now I'm super anguish waiting for book three to find out what happens to these two.  June 22/15 can not come fast enough.  Pre-Order Be With You Here.