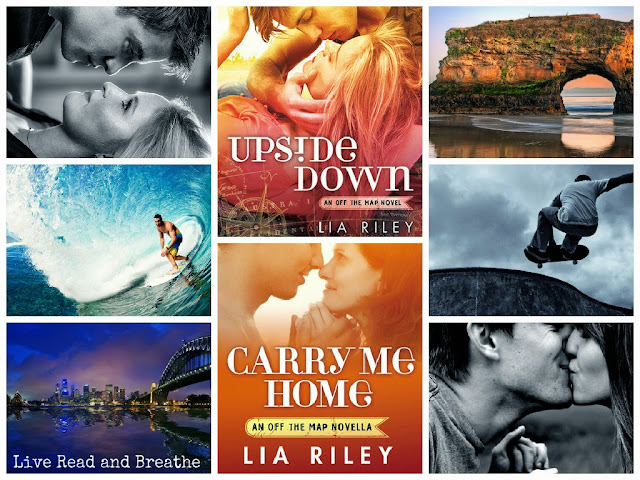 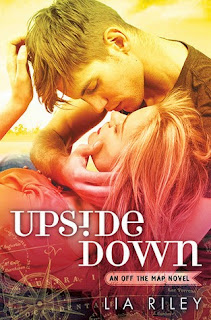 If You Never Get Lost, You’ll Never Be Found

Twenty-one-year-old Natalia Stolfi is saying good-bye to the past-and turning her life upside down with a trip to the land down under. For the next six months, she'll act like a carefree exchange student, not a girl sinking under the weight of painful memories. Everything is going according to plan until she meets a brooding surfer with hypnotic green eyes and the troubling ability to see straight through her act.

Bran Lockhart is having the worst year on record. After the girl of his dreams turned into a nightmare, he moved back home to Melbourne to piece his life together. Yet no amount of disappointment could blind him to the pretty California girl who gets past all his defenses. He's never wanted anyone the way he wants Talia. But when Bran gets a stark reminder of why he stopped believing in love, he and Talia must decide if what they have is once in a lifetime . . . or if they were meant to live a world apart.

Book #1 in the OFF THE MAP series

What is Normal??  What is Love?  These are the two things that Bran and Talia have to face and deal with.

For Talia, she has some quirks that in some peoples minds aren't normal but what is normal?  OCD for some seems so wrong and easily controlled, but that is coming from people who have never suffered from these inflictions which makes them ignorant and inpatient.  Talia has suffered with this her whole life but it got so much worse with the loss of her sister and the dissolution of her family.

What she needs is a fresh start.  So what better way than to go to Australia to begin Talia v2.0.

Bran has once loved and lost.  And being brought up in a household with no love has caused Bran to doubt and not believe in love anymore.  So what better way to do this than sleep your way through Australia.

At one of Bran's low points he meets a beautiful unique American.  The last thing he wants is any feelings for her but there is something about her that he can't stay away from.  For Talia she thinks Bran is a jerk but he also has noticed her quirks and has not judged her or treated her differently.  If anything its what intrigues him more.

Quickly a pseudo awkward friendship starts between these two but escalates to more with a bit of heartache caused by the unfortunate genre favorite angst of assumptions and miscommunications.  Bran starts to let Talia in but he still keeps her at arms length and hides stuff from her.  Which causes a bit of an issue between them especially with her departure date back to the USA looming closer.

These two are a bit of a hot mess but they work because even though Talia has lived through a lot she still believes in love while Bran takes Talia as she is and thinks her imperfections are perfect for him.  These two go through some young drama with the help of Talia's neurotic crazy mother which helps us understand the reason Talia has some issues to begin with.

At the end of this book we could be satisfied with its pseudo HEA but we all know being young and in love is a bumpy rode, so there's more from these two that they will have to go through in books 2 & 3. 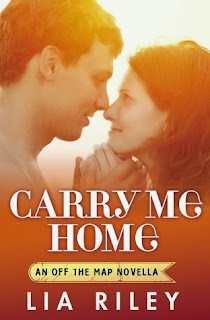 Love doesn’t have to be perfect to be true…

Years ago, Tanner Green loved Sunny Letman. She was meant to be his first kiss, first love, first everything. Then their world spun upside-down and out of control.

Free-spirited Sunny doesn’t do commitment. Sure, guys are great for a night or a week, but she always leaves first. That is, until professional skateboarder and town golden boy, Tanner Green, unexpectedly walks back into her life.

Despite their broken history, a fragile and undeniably electric connection still holds them together. Now Tanner has to convince Sunny that even though love isn’t always perfect, it’s worth sticking around for. . .

Source: eARC for Honest Review Courtesy of Grand Central/Forever
Genre: NA Contemporary Romance Novella
Part 3.1 of this series but could be read as a standalone

My Carry Me Home Review ...

This is book 3.1 in this series.  It's a companion novella.  I have read book 1 in this series and not 2 & 3 yet but that won't hurt you if you read this one.  Sunshine (Sunny) is Talia's best friend.  Tanner is Pippa's ex boyfriend and the boy that first broke Talia's heart.  But then all of a sudden this book goes back in times and we find out that Tanner and Sunny at one time were best friends at 13 and had some love potential for young love.

Then Sunny pushes Tanner away which causes him to go to Pippa for many years and for Sunny to be one of those free spirited girls who has sex with boys but doesn't want any form of commitment.   Now years later they both still have feelings for each other as their bitterness was only a way to protect their young hearts.

They both have their own baggage but make their way back to each other and finally make what was once wrong right.

This was cute but their friends to enemies to lovers was really quick and hard to fully encapture.  The idea was there but the actuality of it didn't quite get there.  I'm a fan of second chances and friends to lovers which was there, but the escalation was just a bit too quick to make me fall completely in love with Tanner and Sunny.  Otherwise it had potential and was cute.