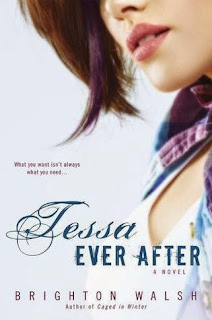 Tessa Ever After (Caged in Winter #2)

In this grippingly emotional New Adult novel from the author of Caged in Winter, what you want isn’t always what you need…

Jason’s been living (and loving) the rich playboy lifestyle for five years, but now his parents are pressuring him to get involved in the family business. The last thing he wants is another obligation, but when his best friend moves out of state and asks Jason to look after his sister, he can’t just say no.

Tessa had to grow up way too soon. After dealing with the aftermath of her parents’ deaths, then becoming a teenage mom, she knows the meaning of responsibility. Which is why, at twenty-two, she’s looking for so much more than a party boy. She’s looking for someone who can stand by her and her daughter…forever.

A relationship between them is doomed from the start, but who says they can’t have a little fun? But as Jason gets closer to Tessa—and her daughter—fun starts to turn into something else… Something Jason’s not sure he’s ready for.

My Tessa Ever After Review ...

This is the second book in the Caged in Winter series and I have to admit that I did like this one a lot better then the first book.  In Caged in Winter we meet Tessa who is Cade's little sister and Jason, Cade's best friend.

Tessa has always been Cade's little sister but for the last couple of months she has turned into a bright beautiful woman causing the campus player to take notice.  Jason has always loved the ladies and lived a pretty carefree life but there is just something about Tessa that he can't shake. 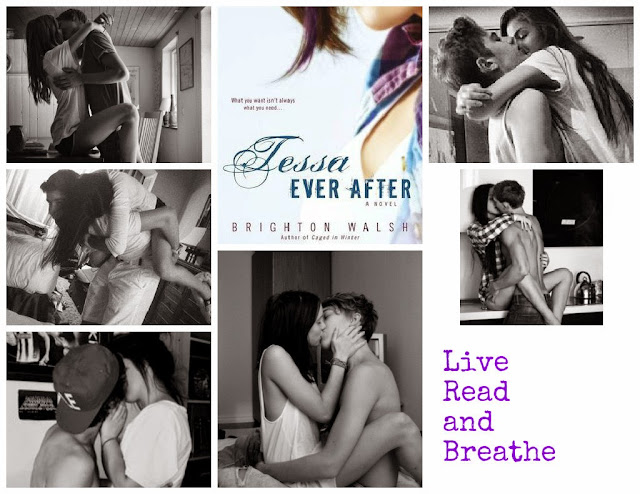 However, his past choices are making these new feelings questionable for Tessa and Cade.   Jason's a very strong individual expect when it comes to his family whom he lets dictate how he lives.  He's torn between the bond of his family and being happy.

Tessa and Jason realize that they can't fight their feelings and start to act on them.  This fling quickly escalates to more especially with the instant family you get when you are with Tessa.  All things are going swimmingly until his manipulative family strikes again causing him to lose his spine.

"You know what? I'm so sick of hearing about your goddamn family.  You don't want them to run your life?  Don't let them. Cut the fucking cord already and grow up."

Thankfully Cade knocks some sense into Jason making him realize all that he could lose if he doesn't chose happiness over loyalty.

It was a sweet book but quite predictable.  For the most part is was very similar plot to Caged in Winter but with Jason having all the self doubt and Tessa being the stronger one in this duo.  There must be something in the Maxwell genes that makes stronger characters then others.