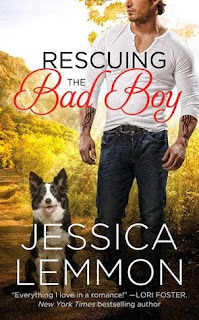 NOT ALL SCARS HEAL

For Donovan Pate, the lake town of Evergreen Cove is a minefield of tough memories—including the day he had to let go of Sofie Martin. Years later, he still can’t forget the taste of her lips and the feel of her killer curves. He knows he’s too damaged, that he should stay away for her own good. But what the head says and the heart wants are two very different things…

Seven years ago, Donovan broke Sofie’s heart. Now her career depends on playing nice in order to pull off the charity fundraiser of the decade. She vows to keep things professional…yet working by his side every day doesn’t make it easy to fight temptation, and it isn’t long before she finds herself falling for this bad boy all over again. But loving Donovan means helping him face his past–so they can fight for a future together.

My Rescuing the Bad Boy Review ...

"Love is about getting what you don't deserve."

In Bringing Home the Bad Boy we hear of Donovan and know there is some history with Sofie but we don't quite know what it is.  Finally with this book we get to see Donovan's demons.

Donovan Pate doesn't know what love is.  He's never received it before.  All he knows is abandonment, hurt, judgement and hate.  So when he gets a glimpse of what love could be he splits.  In this process he also hurts a very vulnerable and sweet Sofie.

Sofie Martin has a soft soul and good heart.  She has some insecurities but nothing has left her as hurt as the humiliation of losing her virginity to Donovan for him to throw it in her face then leave town without looking back.

Now seven years later they are forced to work together.  This new arrangement is going to either make or break them.  Donovan doesn't believe he could deserve something as pure and sweet as Sofie but it also doesn't mean he can stay away from her either.

"You have these weird moments of polite interspersed with Neanderthal, did you know that?"

After Sofie for seven years he has stayed away from any woman but once that woman comes back into his life he's now torn between want, need and reality.  Sofie has never stopped loving Donovan but she doesn't want to get hurt again.  If they are going to start anything again then she wants to be in control of how it plays out.  Donovan is only supposed to be there for a short time so they decide to make the best of that time. 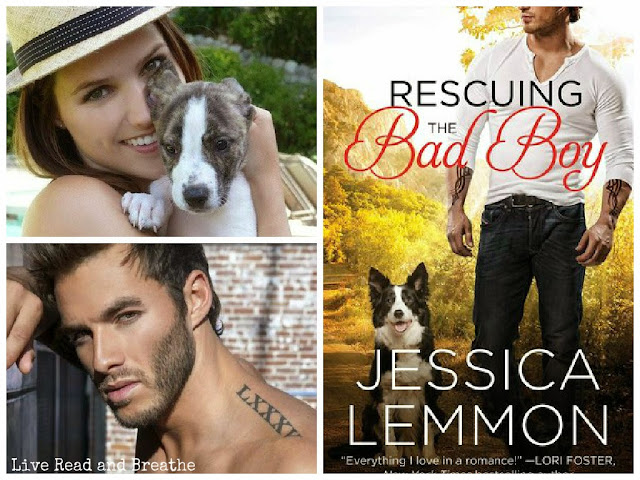 Their connection is just as strong as that one night seven years ago, but now as adults its harder to not to get emotionally involved.  The more time they spend together the more they fall.

"Being inside you, Sofie, is like being held together."

But just because you fall doesn't mean it correlates with a HEA.  Sofie thinks now that Donovan admits to his feelings that things will go in the right direction for her this time, but his demons are old and rooted.  It will take a lot for Donovan to realize that he deserves someone like Sofie and be capable of loving and being loved in return. 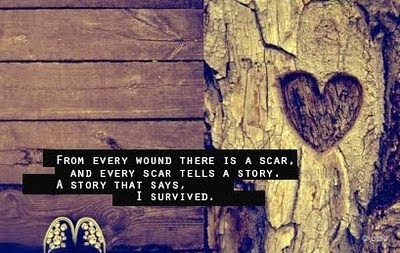 Dear Jessica ... Thank you for writing a book that is not filled with angst from assumptions and miscommunications.  There was still angst but it was more of personal angst with the growth of the characters.  I find it refreshing when angst is caused by this then the genre norm.

I loved Evan from Book 1.  I adored Donovan and all his demons and now I can not wait for book 3 for Connor.