How to Catch A (Rock) Star by Gabrielle Aquilina ~ #bookreview 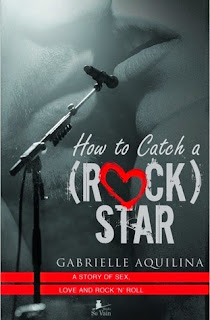 How To Catch A (Rock) Star

A story of sex, love and rock 'n' roll

Aspiring singer Lillie and American rock star Jed seem like the perfect fit from the moment they meet. The pair are inseparable, but Jed’s jet-set schedule of shows and after-parties limits the amount they can see each other. So when Jed invites Lillie to sing with his band on their tour, she says yes. Yes with some hesitation, that is. After finding out that her ex-boyfriend was hiding away a wife and child when they were dating, Lillie’s trust in men is fragile and she also suffers from severe stage fright. As the tour progresses, Jed and Lillie are fast becoming rock’s hottest couple but with obsessive fan girls, a claustrophobic tour bus and a resentful guitarist, things start taking a turn for the worse. Lillie’s dream of singing may have finally become a reality, but can it last? The odds are stacking up against them and then the unthinkable happens…

I'm such a sucker for rock star romances so I was hoping this was going to be great but it ended up just being okay for me.   Gabrielle Aquilina is a debut author and this was a good debut it just didn't wow me.  For me the writing style of more inner dialogue than actual dialogue doesn't usually work for me.  I know its a closer look into the insights of the characters but I always find I connect more when there is more dialogue between characters. 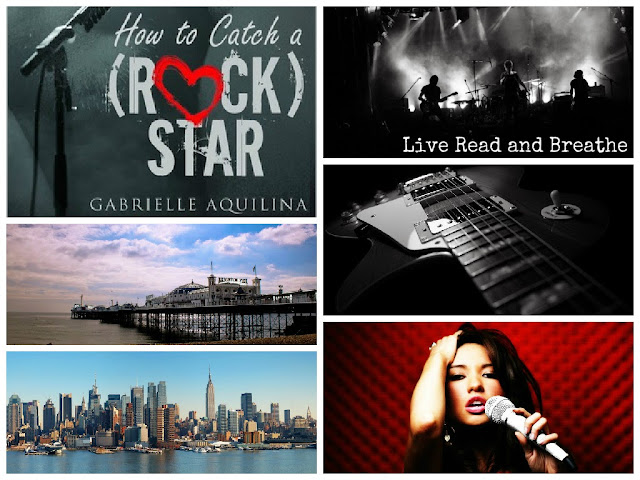 So ... Girl meets boy.  Boy is a rock star.  Girl was once hurt and now gun shy.  Both fall instantly in love.  Boy goes on tour.  Brings girl with him.  Girl has a natural talent.  Girl becomes part of the band.   Both get hurt and then ...

There was were also some details for me that made it hard to fully fall for the story as well.  For example:  1) Spoiler ahead click to find out more

I may not be in the music industry but I find it really hard to believe that a record company would give a three album contract to a new artist with the song writer rights when the artist has not really written anything before as she has only sang songs for another band that weren't her own.
and 2) There was an English characters Lillie, Kate and Tess and some American characters like Jed, Johnnie  the rest of the band and their families.  When they were in America or with the American characters POV there were too many Englishisms that don't relate to America which made it hard to get past at times.  When they were the English characters these made sense but too many times the Americans sounded English when the were supposed to be American.  I know this is a nit picky thing but it did have an effect on reading it for me, kind of like it was lost in translation yet speaking the same language.

Besides that the story was okay but predictable.  I liked the idea of the story than the story itself. I always find these ones harder to review when its way more personal preference then the  writing itself.

Posted by Live Read and Breathe at 22:54