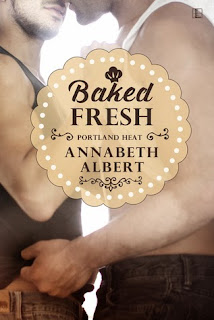 From its famous coffee to the mouthwatering fare at its cafés, restaurants, and bakeries, Portland, Oregon, has a lot to whet the appetite, including the hard-working men who serve it all up—hot, fresh, and ready to go—with no reservations…

Vic Degrassi is a baker on the rise, and it’s all thanks to his rare ability to make—and keep—his New Year’s resolutions. Whether it’s losing weight, giving up smoking, or graduating from culinary school, Vic goes after what he wants—and gets it. This year? He wants Robin Dawson, the sweet-hearted hottie who volunteers with him at the local homeless shelter.

When he learns that Robin is suddenly single after being unceremoniously dumped, Vic is more than happy to offer a shoulder to cry on—or at least a fresh-baked pastry to bite into. But it’s been a long time since Vic’s gone on a date, and he’s nervous about risking his friendship with Robin. So when their flirtation turns into a steamy night together, Vic and Robin have to figure out if they’re friends with benefits or lovers in the making, and if Robin is ready for something more than just a rebound. There’s only one way to find out: turn up the heat…

Source: eARC for Honest Review Courtesy of Kensington via NetGalley
Genre: MM Contemporary Romance
Part 2 in an ongoing series but can be read as a standalone

This series is seriously a sweet adorable mm series.  It's nothing hard core but sweet loving.   Vic and Robin are so adorable together.

Vic has the hugest heart but a crap load of insecurities.  Robin just wants to be loved and not get hurt but is scared to fully put his heart out there.  What they do have in common is New Year's Resolutions.  This year Vic makes a resolution to try and get a date with Robin since he's now single again. 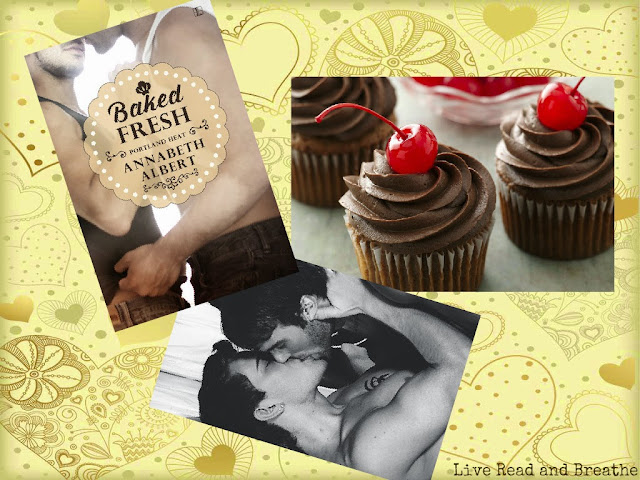 Since the moment Vic met Robin, he had a crush on him, but thought someone like Robin would never notice Vic they way he was.  Now after gastric by pass and a strict regimented life Vic finally feels like he can go on a date with Robin.

At first they start as friends, then it turns to friends with benefits.  At this point Vic will settle for anything with Robin even if it breaks his heart.  Thankfully Robin quickly gets on board and these two are allowed to open their hearts and take a chance of love.

So far this series has been very sweet and loving.  The stories aren't too heavy and they are a nice light quick read in the mm genre.