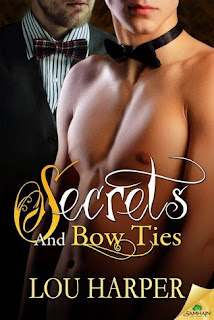 Who said nerdy can’t be sexy?

Self-confessed gold digger Dylan Price is cooling his heels as a waiter at a trendy West Hollywood restaurant, waiting for the sugar daddy of his dreams to walk through the doors. Someone rich, sophisticated. Preferably old.

Bookish Simon Wainwright couldn’t be further from Dylan’s ideal. Aside from his terrible fashion sense, Simon suffers from a glaring lack of a Beverly Hills mansion. And he’s barely over thirty!

Dylan, however, isn’t made of stone. Coincidence, an obscene candle, even Simon’s dorky cardigan compel him to give the shy academic a very special birthday gift, which Dylan files away as a one-night stand. But when Dylan’s quest lands him in hot water, he runs to Simon to hide.

The two take off for Las Vegas, where Dylan takes upon himself to give Simon a complete makeover. For reasons he can’t comprehend, Dylan begins to reevaluate his life—and what he holds most dear. But with danger not far behind, he might be too late.

Warning: Contains a nightclub where the staff is as hot as the food, a waiter with a smart mouth (in more ways than one), a nerdy college professor, Vegas “boylesque” shows, and lots of smexy times.

Source: eARC for Honest Review Courtesy of Samhain via NetGalley
Genre: MM Contemporary Romantic Suspense
Part 3 in a series but can be read as a standalone

My Secrets and Bow Ties Review ...

I stared this series by reading book 2 first and I still have book 1 on my TBR. But seeing the chance to read book 3 I jumped at the chance as I do quite like Lou Harper's books.  They are usually full of steam, a bit of sweet love and with this series also suspense. 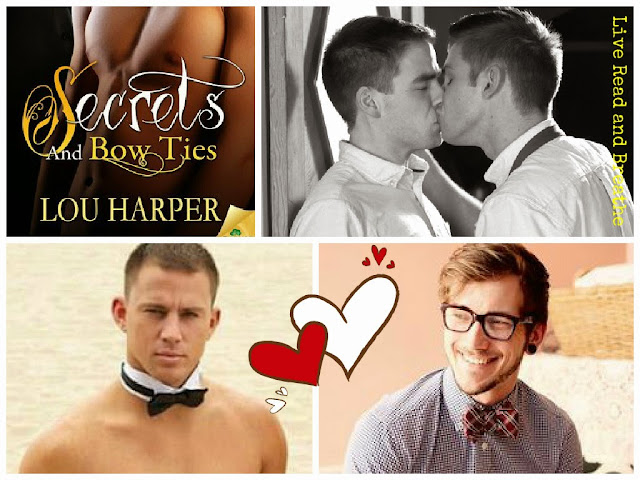 Dylan has had a rough life so he's settling for the idea of a rich older man as part of his dreams and ambitions.  This makes Dylan a gold digger.  Deep down he knows its wrong but for some reason this makes sense in his head.

Simon's a bit of nerd but still adorable.  He's comfortable in his own skin but with the help of Dylan he gets a make over and so much more than he signed up for.  At first Dylan was just a fun bonus of a birthday present but then Dylan shows up again and alters his world.

Dylan's gold digger ways finally gets him in trouble when he picks the wrong old man.  Now in the middle of heated mess he runs to Simon, even though Simon was supposed to be a one time thing.  Now crashing at Simon's changes everything for him but he doesn't know what to do about it especially when Simon wants to be friends only.

With the chance to run and get away plus give Simon a make over, they go off to vegas to only to jump smack in the middle of a shit storm.  Now stylish Simon is in the middle of this mess with Dylan and the two of them are having a hard timing getting out.  There was angst which thankfully was NOT assumptions and miscommunications but a bit of mystery and intrigue.  These two may have been the most unlikely duo but find their way together causing both of them to open up their eyes in different ways but in the end finding each other.

Posted by Live Read and Breathe at 11:05