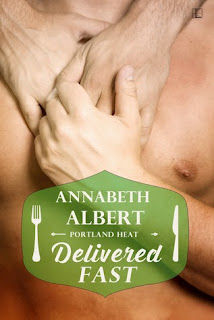 Portland, Oregon, aka Hotlandia, where the coffee shops, restaurants, and bakeries are ready to serve everything piping hot, fresh, and ready to go—like the hard-working, hard-bodied men behind the counters—with no reservations…

Sure, Chris O’Neal has problems. His restaurant is still co-owned by his ex. His flannel-and-tattoos style is making him accidentally trendy. He can’t remember the last time he went out and had fun. But he’s not lonely, he’s driven. And the hot bakery delivery boy is not his problem, no matter how sweet his buns.

Chris is old enough to know Lance Degrassi’s sculpted good looks and clever double entendres spell nothing but trouble. Lance is still in college—he should be hitting the clubs and the books, chasing guys his own age, not pursuing some gruff motorcycle-riding workaholic. Especially when he’ll be leaving for grad school in a few months. But Lance keeps hanging around, lending a hand, charming Chris to distraction. Maybe some steaming hot no-strings indulgence won’t hurt.

Then again, maybe it will…

Source: eARC for Honest Review Courtesy of Kensington Via NetGalley
Genre: MM Contemporary Romance
Part 3 in the series but can be read as a standalone

Finally Chris's story.  Chris is cranky.  He's cranky for where he's at in his life.  At one time he had tons of dreams and then he hooked his star on someone else's dreams.  And those dreams eventually changed.  Now he co-owns a coffee/vegan restaurant in Portland with his ex.  He likes his life for the most part but he's stuck.

Then he meets Lance.  Who is young, bratty and the last thing he wants but might be the thing that he needs.  Chris is not one for hooking up but there is something about Lance that he can't seem to get away from.  So, with one spontaneous decision of one night turns to friends with benefits, which turns into so much more. 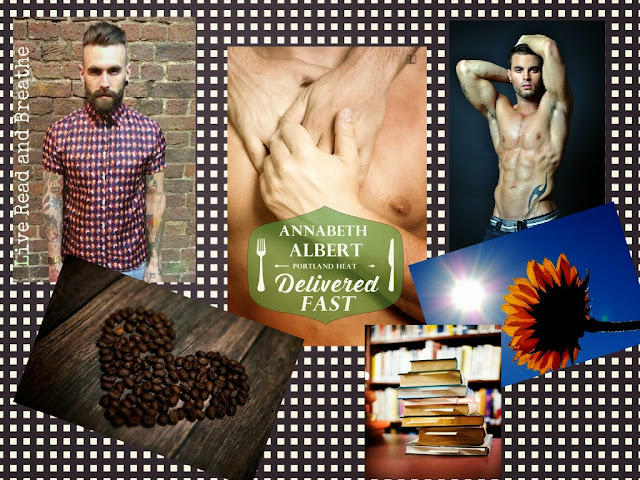 "You have no idea how much it hurts me to hear that.  You're going to miss me?  Then why the hell won't you fight for me?  Fight for Us?"
"Because I love you."  My voice broke.  "And I know what it means to sacrifice something for a relationship.  And I'm not going to let you compromise on your future."

All Chris knows is he wants for Lance to have everything and be happy.  He just has to realize that he's the key to his happiness.  His past has left him with a lot of doubt but what he feels for Lance is huge.  He just has to realize that he too deserves happiness as well.  Gah! I adore this series.  Its sweet, romantic and lovely.  It's not super steamy or emotional its just a perfect combination of sweet and heat.

Posted by Live Read and Breathe at 00:09