The Confession (The Body Works #3) by Sierra Kincade ~ #bookreview @BerkleyRomance 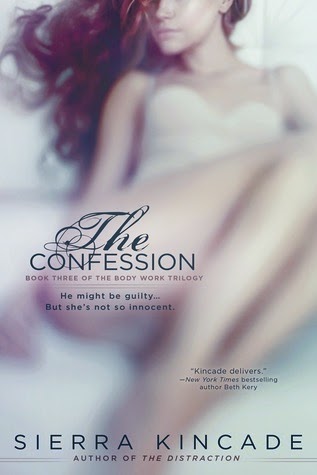 The Confession (The Body Works Trilogy #3)

The hot and thrilling conclusion to the Body Work Trilogy, following The Masseuse and The Distraction

Anna Rossi walked away from Alec Flynn to keep her family and friends safe. But she can’t protect her heart from him, no matter how hard she tries…

Time has done nothing to quell Anna’s need for Alec. She knows that she did the right thing walking away; the constant media attention that Alec’s been getting for testifying against Maxim Stein and Force Enterprises is evidence enough of that. But no matter how many times she warns herself that Alec is dangerous, she just can’t stay away—even after her connection to him once again threatens her life…

Alec knows the evidence he has against Max could stop him from hurting anyone ever again. But when it’s revealed that Alec stands to inherit everything from Max’s loss, his testimony is called into question—and Max could walk free putting Anna in harms’ ways once again. Now he’s beginning to wonder if any of this is even worth it—and if he and Anna will ever have a chance at true happiness…

My The Confession Review ...

Ok I have to admit this series has been up and down for me.  In the first book Anna was meh for me then she grew and blossomed in the second.  However, pissed me off at the end of the second then during this book drove me mad until she finally gets her head out of her ass.  Unfortunately she had to go through more trauma until this happens.  But thankfully Alec I have liked throughout the series.  He's the strong one who holds them both together.  He's the heart and steadiness of this duo where Anna is the more flaky of the two. 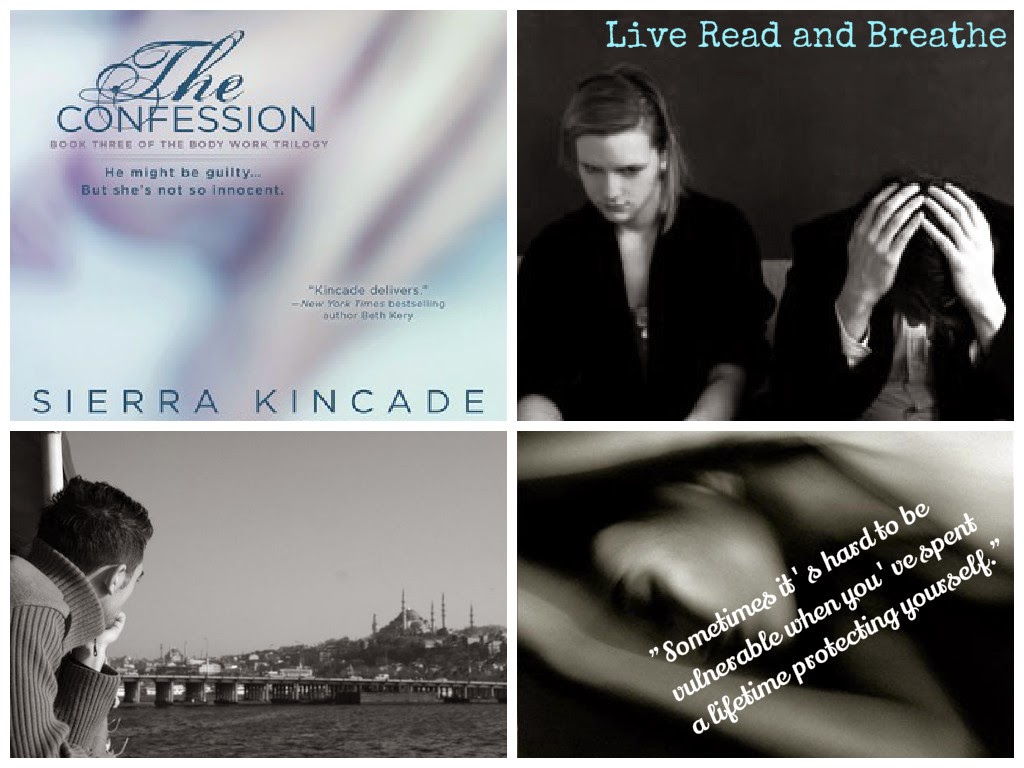 At the end of book two Anna dumps Alec because she's trying to protect her friends from getting more hurt from his life.  Now she's really regretting her decision and at a bit of a stand still in her life.  She's trying to move forward but her heart is not in it.  It's not until Alec starts to move on does she really regret her decision to let him go.

"I make him happy, if that matters to you."  (ugh so mad at this point. I hope what they are alluding too is NOT going on)

"You never came," I said quietly.  "I thought you were done with us.  You'd moved on."  (ugh! Why did you dump him Anna if you wanted him to chase you?  The female mind truly baffles me and I'm a female)

But not is all as it seems for this duo but Anna at times was too daft to really see what was going on.  Now Anna has more trouble her way making Alec's true feelings start to show themselves.

From the beginning Alec has always been the rock to Anna's wishy washy ways.  Now he just has to convince Anna that their relationship is worth the risk.

"Not for you.  Anna, I would give you anything. I would do anything."

I did like this series but it definitely had its strengths and weaknesses.  However, I have to admit that I'm glad that the trilogy is over.  I liked where it left off and there is potential for off shoot series from this one.

3 Hot and Cold thumbs up!