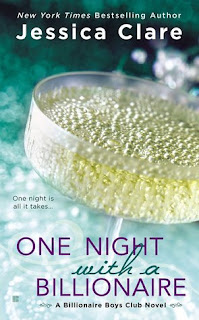 Kylie may be a makeup artist to the stars, but she knows what it feels like to be overshadowed. Especially by her famous boss, the pop star Daphne. That’s why she’s stunned—and delighted—when one night at a party, she attracts the attention of a gorgeous stranger. But when Daphne decides she wants the handsome billionaire for herself, Cade Archer is suddenly off-limits for Kylie…

Cade has known Daphne for years, and always wondered if she might be the right woman for him—even though she never gave him the time of day. But one sizzling night with Kylie has changed everything. So why is she suddenly avoiding him? Fortunately Cade is determined to get what he wants, and he’ll do anything to show Kylie she can get everything she wants too…

My One Night with a Billionaire Review ...

Finally Cade's Story.  It feels like forever that I have been waiting for this story.  Cade has always had one love, which is Daphne Petty, the popstar and train wreck.   Within this series Daphne has never been my favorite for Cade so I wasn't sure who was going to be his match.  I gotta tell you, that I'm so happy that it wasn't Daphne in the end.

Cade has always been hung up on Daphne then one day he bumps into a voluptuous gorgeous woman and it changes his life for the better.   Kylie's a big and beautiful but is full of insecurities and inner demons.  One chance meeting with Cade Archer and she wants to believe things could be different. 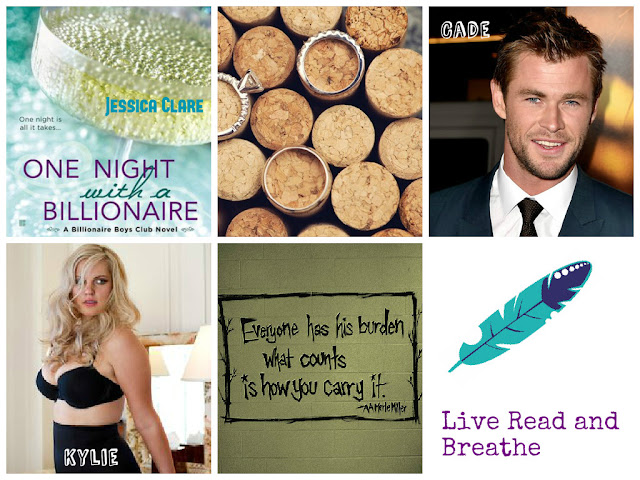 Cade and Kylie turn one night into so much more but they have to walk through the landmines of Daphne first if they want to find any happiness.  The closer they get the more Kylie's issues come to be causing her to run.  Thankfully Cade knows what he wants and comes after her.  When things finally explode where it comes to Daphne, Kylie's issues once again make an appearance which causes her to run again.

"I love you.  I want to be with you more than anything, but with circumstances how they are, I just can't.  I can't be a burden to you."  (Kylie, Here's an idea for you.  Try talking to Cade who happens to be oh! I don't know ... a friggin' billionaire.  Just maybe he will understand and then, he can let it be his choice if he wants to help or not.)

"Don't thank me," Cade said.  "Talk to me.  Make me understand why you keep running away."  (What a novel idea Cade!  Why would a heroine think to communicate when it causes so much more angst by running and not communicating. Ugh! )

Thankfully Cade is sweet and awesome and doesn't mind continuously chasing Kylie, so he can tend to her and her issues, to then get his turn at happiness.
In the beginning I was really into this book.  As I could relate to Kylie being a bigger woman with insecurities but then as the book went on, I started to get annoyed.  In real life moments mark us and cause us at times to have some issues as well as insecurities.  However, when reading in books, these issues repeatedly it starts to grow tiresome and annoying.  Now add giggling and things started to fall apart for me.  If I read only a few books a year I truly wouldn't mind the angst of typical assumptions and miscommunications but when you read a lot within this genre this theme gets laborious.  Which in the end causes a negative effect when reading instead of the positive effect that is intended.

The idea of the story was great.  I truly do love the series and I'm sad to see it end.  This book had great moments but for me it also many roll my eyes moments as well.

Started as a 4 but went down to a 3 in the end Thumbs up!