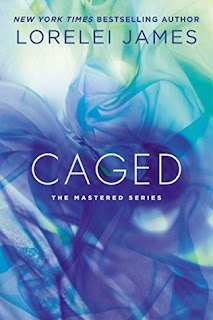 In the searing fourth novel in the Mastered Series, following Unraveled, only one woman can set a hardened fighter free from his past.…

In order to survive a life of tragedy, Deacon McConnell embraced his roughest edges and learned to fight on the streets. Then a life-changing jujitsu seminar led by Sensei Ronin Black led Deacon to become a professional fighter. With his muscular physique and his body covered in tattoos and scars, the MMA fighter defines mean, both on and off the mat.

But everything changes when innocent Molly Calloway signs up for his kickboxing class. Molly is Deacon’s opposite in every way: She’s kind, sweet, thoughtful, and educated. After a heated argument between them turns into a passionate encounter, Deacon realizes Molly is eager to experience more, and she looks to him to take her to the darker edge of lust....

The last thing either of them expects is how deeply their lives will be thrown upside down by the passion they find together.

Giveaway US Only!
Copy of Bound and Unwound Courtesy of Penguin Group

From the beginning I have loved this series.  Then after reading Unraveled I was left with quite a book hangover.  After that I wasn't sure what to expect out of Caged.  We have known from the beginning that Deacon has a past and a reason for being a bit of a douche. 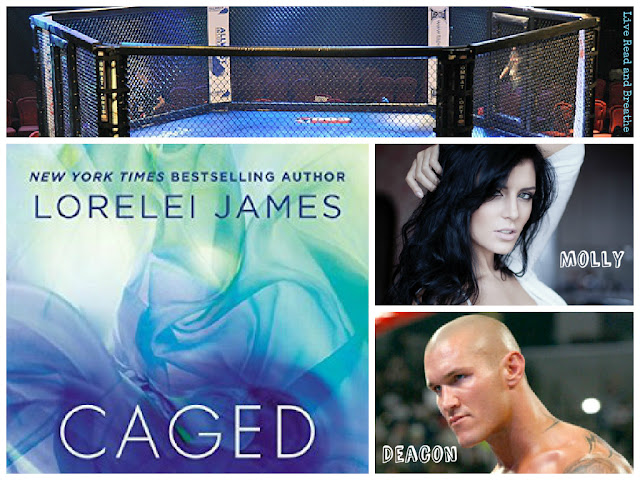 Ever since the merge of the dojos we are left with many characters that at times I'm now having a hard time keeping them all straight.  In this book it is many about Deacon who's one of the official MMA fighters at the Black Art Dojo and also one of the instructors there.  Molly who works with Amery (Ronin's wife) has had her own past causing her to be insecure and timid.  With this past she can be a victim of her world or a survivor.  I have to admit Molly' s character had potential but she sadly fell into the annoying heroine category for me.

Deacon and Molly have been playing around the idea of the potentiality of them for quite awhile.  As it looked like Deacon was going to make an official play he ends up standing Molly up.  Now months later, he's finally going to stop listening to everyone else and follow his heart, which is Molly.  He just as to convince her first.

I loved Deacon.  He had such a dichotomy about him that wins you over.  Sure he's quiet but so was Ronin and we all loved him .

"You toss that out there? Expect I'll pick it up and run with it.  Because, babe, I can do rough."
"Good.  That's what I want."
"Then that's what you'll get,"  he said softly.  "But sometimes you're gonna get it sweet from me too."

Both Deacon and Molly have inner conscious voices that talk to them throughout the book which I gotta admit took away from my reading experience as those voices were annoying and too cynical at times.

Deacon has many demons and an inexperienced past which makes him not great when it comes to relationships.  Especially since he hasn't one since he was 15years old.  With this you know Deacon is going to make mistakes.  Molly too hasn't really had a lot of experience but she has more of an idealistic view of what she thinks a relationship should be and puts those expectations upon Deacon which don't fit his reality.

Since Molly chooses to run instead of listen and communicate Ronin has to step up and help Molly see that she's wrong.

"And Deacon keeling his past sorrow from you takes something away from that?"

One thing Deacon and Molly have is a good sexual relationship but it gets in the way of things like .... you know communicating.  If they spent just a bit more time talking they might have way less heartache.  Yes, I know its erotica but I still like the balance of sex and substance and at times this leaned to more sex than substance.

While Deacon and Molly are forging ahead with their relationship they are also dealing with their pasts while at the same time Deacon continues to train.

"Deacon nearly sent him to the hospital."  Ronin's eyes gleamed.  "It was fucking beautiful to watch. ... "

Sure we get to find out why these two are the way they are but it still annoyed me that Molly kept assuming and NOT communicating with Deacon every time she got hurt and Deacon didn't act how she thought he should.  Everyone and I mean EVERYONE knows that Deacon isn't like everyone else so why she expected this I have no idea.  The more I read this book the more I started to NOT like Molly and oddly enough in the end I liked her inner voice more than her.  Since this inner voice called Molly on all her contradictory expectations and emotions.  I'm really really starting to hate whiny heroines who only assume, assume, assume.  I just really want a fucking heroine who communicates. I don't think that's too much to ask.  Is it?

At least she had the excuse of Deacon staying in Texas to keep people from knowing the truth.  Which is what?  You left him because he hurt your feelings?

Or why she hadn't heard from Deacon. Stop it.  You told him not to contact you.  What did you expect?  (Exactly inner voice what did she expect?  Oh you know for her to say one thing and mean a totally different thing.  And when said man doesn't do it he's the asshole.  WTF?  This thought process drives me batty.  Sure I know that this happens all the time in real life but I don't like to read about it, as it just makes me think less of the female when it comes across within the words.)

Shocker once these two get their heads out of their asses they decide to do the unthinkable and talk and be open with one another.  *insert gasp here*

"We promise to be open with each other about everything.  Big and small."

Do I like this series? YES. Did I like Deacon? Yes.  Did I love Molly? Eh! Not so much.  She had some good qualities but her bad qualities for me outweighed her good ones.  Did I like this book?  Yes, but. . .  elements of it were great other parts annoyed me which I will admit makes this one not my favorite of this series.  Will I continue with this series?  You bet.  There are so many characters that have unfinished business that I want to see how it all unfolds.

3 Didn't love Molly but DID love Deacon Thumbs up!

Posted by Live Read and Breathe at 21:21