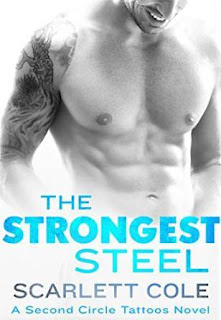 Harper Connelly never expected to find herself outside of a tattoo parlor at one in the morning, summoning the nerve to take back her past. She's determined to forget her old life and is looking for an artist who can tattoo over the scars on her back.

Trent Andrews, local legend and owner of the Second Circle tattoo studio, has his own reasons for specializing in inking over scars. And in spite of her mysterious past and the difficult road ahead, he quickly realizes that Harper is funny, smart, and--under her ridiculously oversized clothing and SPF 100 sunscreen--totally hot. He's happy to take on the challenge of designing a meaningful and deadly full-back tattoo for her.

But when cryptic messages start appearing on Harper's phone, strange deliveries arrive at her door, and Second Circle is vandalized, Harper is convinced that her ex-boyfriend has tracked her down, and worse, that he knows about Trent. Running was the only thing that saved her last time, but now that she's started to put down roots in Miami, she'll have to decide if she can finally fight back instead.

Source: eARC for Honest Review Courtesy of St. Martins via NetGalley
Genre: Adult Contemporary Romance with some suspense
Part 1 in a new series

My The Strongest Steel Review...

Debut Author and I loved it.  Trent was superb!  Harper for the most part was great with some moments of wtf really.

Harper's on the run.  The run from her past.  The run from herself.  Knowing that she's the only one who can change her present, she finally makes a decision to move forward.  The first step is to tattoo her back.  To hide her past and move forward with a new form of peace.  What she didn't expect was to fall in love at the same time.

"Someday you're going to make your peace with this, sweetheart.  It'll be a painful step that shaped the incredible person that you  are.  You'll be proud of your own strength and determination, and you'll wish you had your own record of this very moment. When you changed the path you were on."

There's something about Harper that draws Trent in.  He doesn't know what it is, but he sure wants to explore it.  Unfortunately his past makes him a bit gun shy.  But her scared timid ways makes him want to protect her, soothe her and take care of her.

"Not discussing it with you dude because: a) We don't have vaginas, and b) You're a dumb-ass."

Harper has some issues but for the first time wants to stay put.  Normally I'm not a big fan of heroines always running instead of dealing with things but with Harper you totally get why she does it.  Scarlett makes it comes across as her issues and not making her look pathetic and weak.  Unfortunately this point has been missed a lot with some heroines that I have read about lately.

Why Drag Trent any further into her drama?  (Yes, why would we drag the 6'6" man into a scenario where she needs protection.  That would be stupid to ask for help. *smell the sarcasm*)

" . . . You're made for each other.  You're better people because of each other.  It really bothers me that you're going to fuck up the best thing that could have happened to the two of you." 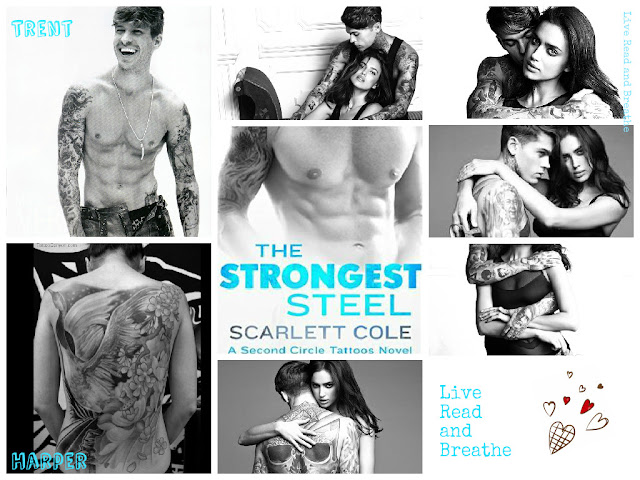 Trent's a sweetheart from the beginning.  Sure he makes some mistakes but has great intentions.  He knows what love is and doesn't want to lose it this time around.  Harper started out scared and timid and blossomed into someone so much more.  She starts to become a survivor instead of a victim.  But with this new found strength she also gets delusional thinking she can handle it on her own.  As she quickly realizes that she can't do it alone and needs Trent and her friends to help her through this dramatic time.

"I love you, Harper.  Everything else is details.  A lot of fucking details, granted, but just details."

This book was great and especially from a debut author.  I can't wait to read more from this gang at Second Circle Tattoos.