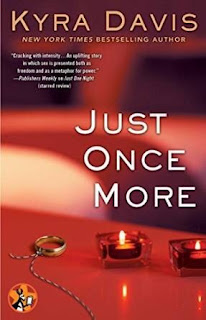 Just Once More (Just One Night)


Robert Dade is a man who knows what he wants and never hesitates to go after it. Money, power, and—at long last—the woman he loves, Kasie Fitzgerald, are now his. But after so many years of living by his own rules will he really make the compromises necessary to keep Kasie by his side? And when a man even richer and more ruthless than he is takes an interest in Kasie, will Dade be able to protect her? Or will his controlling nature drive her toward the very danger he seeks to shield her from?

My Just Once More Review ...

It felt like forever since I fell for Robert and Kasie in Just One Night.  So, this short story was a perfect little window into more of Robert and Kasie, as well as a perfect segway into Just One Lie.  Without this little story I don't know if I would have liked Just One Lie as much.  As this story starts the heart of the story for book two as well as intrigues us about the Gable's in the Pure Sin series.  After this I will definitely being putting those books on my TBR.

In this little peak we get to the see the unflappable Robert Dade become a bit more human when his heart is on the line.

"The only thing I doubted was my own worth."

These two are a very powerful couple but are learning to become solid.  Relationships take work but these two know what it takes.  Communicate, Communicate and communicate. And we are left intrigued of the story behind Kasie's thought to be dead sister.  Can't wait.

4 Can't wait for more thumbs up! 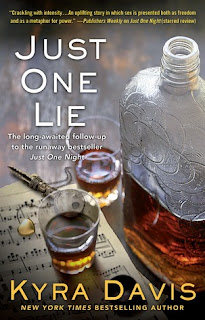 The long-awaited follow-up novel to the runaway New York Times bestseller Just One Night—which Publishers Weekly gave a starred review and proclaimed, “Davis skillfully creates an uplifting story in which sex is presented both as freedom and as a metaphor for power, and where raw chemistry is the clear winner over bland complacency.”

The death of her sister, Melody, shaped Kasie’s life in many profound ways. For the first time, uncover the story of Melody’s tragic love-triangle: Can a wild-child find balance and self-control without losing the essence of what she is?

Thankfully I just read Just Once More, which helped set the stage for this book as it has been quite awhile since I read Just One Night.  In this book we get find out the real story behind Kasie's sister Melody who has now become Mercy. 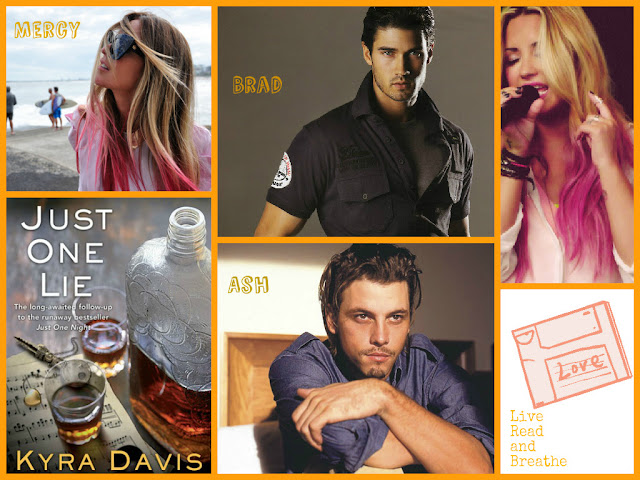 Gah! Poor Mercy.  What is done to us as a child can alter how we develop and for Mercy this is the catalyst for a long winding road of destruction for her.   And what a journey it was.  You felt Mercy's pain and downward spiral and at the same time you were rooting for her to get her head on straight.

"I am exceptionally good at pretending that things are other than what they are.  Been doing it since I was four."

For Mercy, she's stuck between the past and the present but can't see the future.  She's full of self destruction and low self worth, but she's also full of insight and light.

Mercy is at first stuck in a like attracts like pattern. So she starts out with Asher because he's part of her past yet part of her future. Plus he's the first person who wants to be with truly her, which in itself is a milestone for her.  Unfortunately these two are also toxic together but both something they need to go through, so they can come out better at the other end.

" . . . I don't want to be numb.  I want to feel.  And sometimes the only thing to feel is, well, pain.  That's all that's available, and what's weird is the pain sort of helps, because when you hurt you're not numb.  When you feel that pain you know you're alive. "

Mercy's so lost, but there's something about Brad that anchors her.  Sadly she doesn't love herself enough to truly experience all that could be with him.

"If there's something I want and it's within my reach, I go after it, with everything I have."
"Like poker winnings?"
"Like you."

Mercy has never been truly loved so with Brad and June it's different and she's doesn't know how to navigate through properly, which is a catalyst to so much more.

With her world crumbling down around her, Mercy finally starts to see what she truly needs to become whole again.

"But the problem is you don't want to help me, you want to save me.  And only I can do that."

Gah! Did I love Mercy's decision?  NO.  Did I understand it though?  Unfortunately yes.  Did I like how she truly handled her resurrection?  Not completely as she was still fearful and staying in the safe zone.  Thankfully though she did make it to the end of her journey in once piece.

"I'm still in love with you.  More than that, you're the love of my life."

However, the heart wants what the heart wants.  And home was calling, so Mercy had to make some firm decisions that were going to change her world again.  But was she able to handle it this time around?

"Stop thinking, stop letting your fear guide you.  Find courage in your love and get your butt to San Francisco."

Did I like Mercy?  Yes but at times she didn't endear herself to me.  Did I like Mercy's journey and growth?  Very much.  Did I love Brad?  YES, but he too had his own path to walk on for them to find any sort of happiness?  Did I like the change in Mercy after?  Yes, but what is it with woman who start to giggle after they find themselves.  Never a big fan of giggling, so when this was some sort of show of strength or a window into her happiness it ended up having the opposite effect for me.  Did I like the ending?  Absolutely.  Did I like the book?  Yes, but at times this book did feel a bit too long.  It felt like forever before we started to get to the crux of the matter.  Do I like this series?  Very much.  Do I like Kyra's writing style?  Yes.

4 You have to love yourself first thumbs up!