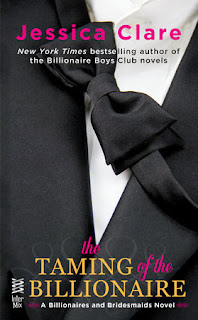 The Taming of the Billionaire (Billionaires and Bridesmaids #2)

Edie’s an overbearing cat behaviorist who’s not big on people. Magnus is a newly-rich game developer who likes to be in control. When the two of them meet at Gretchen and Hunter’s masquerade engagement party, the loathing is mutual. Unfortunately for them—and everyone else—they’re in the wedding party together and must deal with each other for the next few months.

But when Magnus’s younger brother falls for Edie’s sister, he begs for his brother’s help in concocting a plan to win her over. If Magnus can keep the prickly Edie occupied, his brother will have time to woo Edie’s sister. Of course, Magnus isn’t interested in the slightest, but Edie is…intriguing. And stubborn. And smart. And sexy. And they might have more in common than they thought.

Before long, it becomes a challenge between the two of them to see who will be tamed first. But how’s Edie going to react when she finds out that Magnus is using her? And how’s Magnus going to handle the fact that he’s fallen for a cat lady?

Source: eARC for Honest Review Courtesy of Intermix | Penguin Group
Genre: Contemporary Romance
Part 2 in an ongoing series but can be read as a standalone

My Taming of the Billionaire Review ...

This series is a spin off series from the Billionaire Boys Club Series.  Thankfully some of the great characters from that series make an appearance in this new series.  Edie's the friend of Gretchen from Beauty and the Billionaire, as well as Magnus is the friend of Hunter (Gretchen's fiance).  Gretchen gets the matchmaking mojo going during her meet and greet for the bridesmaids and groomsmen for her upcoming wedding.  The first meeting between Edie and Magnus did not go well.

Edie is quite the feisty character borderline more bitchy than feisty, but she had spunk.   To some she may be a crazy cat lady but to others an intriguing enigma.

Magnus is a go getter and wants things a certain way so the spirited cat lady doesn't make his radar.  However, Edie's sister Bianca and Magnus's brother Levi convince Magnus to take pity on Edie.  He may have not started out thrilled about this arrangement but with the help of some angry felines and a cat behaviorist things changed.

I gotta admit NOT a fan of Bianca or Levi at all.  Poor Edie, she doesn't trust easy especially because of her past.  So the last thing she needs is pity and more lies.  Magnus may have started the journey for the wrong reasons but ended up staying for the right ones. 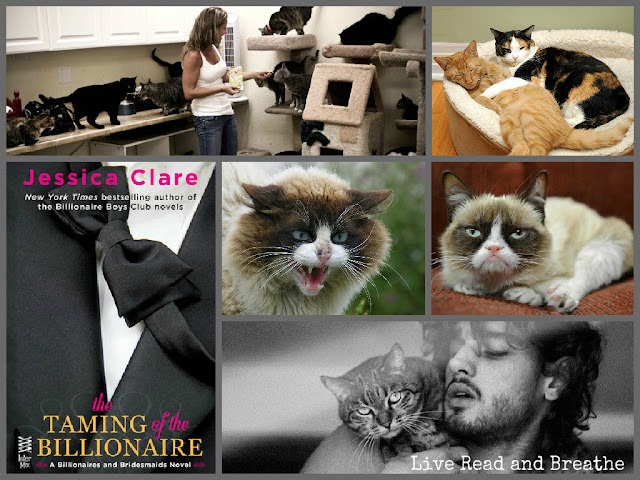 The first book in this series didn't win me over but I quite liked this one.  It had humor and heart with a nice balance of steam, sex and substance.   Thankfully the heroine was strong not whiny.  While the heroine was rich, sexy and sweet.  Do I like this author?  YES.  Do I like this series?  Yes.  Did I like Edie and Magnus?  Yes. Was I excited to have Gretchen and Hunter involved in this story?  Hell Yes.    If Bianca or Levi are the hero or heroine of their own stories, will it be hard to like them?  Yes.   Will I continue with this series? YES.