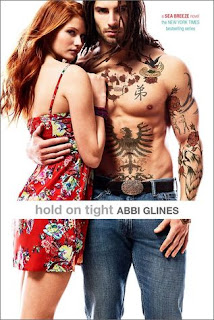 Six years ago, Dewayne Falco's life changed. He lost someone he never expected to lose. Resigned to punish himself for something he felt he could have prevented, he goes through life without getting too close to anyone.

What he didn't expect was for the girl across the street to move back home and remind him of what they both lost: Dewayne's younger brother Dustin. However, when a miniature version of Dustin opens the door to greet him, Dewayne realizes he might not have lost everything after all.

Sienna Roy loved Dustin Falco most of her life. He was the boy next door, the high school basketball star and her best friend. But when his life was cut short, she realized he left a part of himself behind.

Now, she's back in Sea Breeze, thankful to have a home for her and Dustin's son, but not sure if she can ever forgive the people across the street who abandoned her when she needed them the most — The Falcos.

Betrayal, lies, and forbidden attraction might end Dewayne and Sienna's story before it's even begun.

My Hold on Tight Review...

It has been quite awhile since I last visited Sea Breeze and read anything by Abbi Glines.  And I'm super happy I did.  We all know that Dewayne has a story behind his bad boy player ways and his loyal heart to his friends and family.

Dewayne Falco is the last one standing in his group of friends as a single man.  Part of him wants what they want but the other part can't fathom giving up his freedom for one magic pussy.

Throughout the series Dewayne has always been the misunderstood stand up guy.  Here we get to see that he has love donce and had to step aside when his brother liked the same girl.  Being the family guy he is, he steps aside but has always loved from a far.  When tragedy strikes he wants to help Sienna but she disappears out of nowhere.  Which causes Dewayne to go on a six year sex bender trying to get Sienna out of his head. 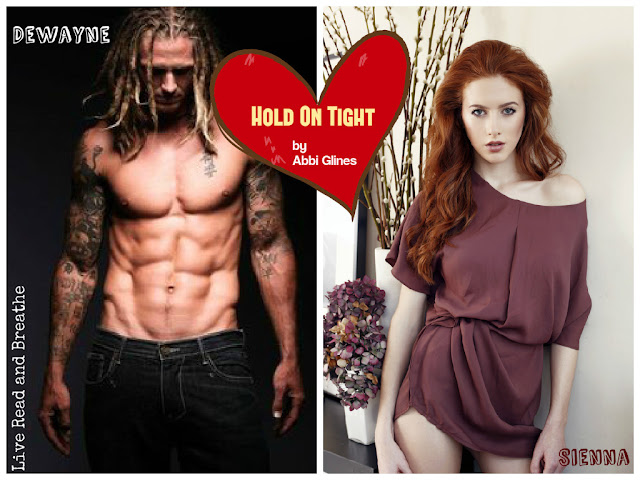 Six years later Dewayne is still loyal but is unaware of his strengths and self worth.  When Sienna comes back to Sea Breeze he wants to stay away for her sake thinking she deserves better. Especially after all she has lost and had to sacrifice.

"He's a good man.  He just doesn't realize it.  He doubts himself, but my boy is as good as they come.  Always has had a heart of gold.  Just need him to wake up and see that."

Sienna has always had a soft spot for her best friend's older brother Dewayne but it was just easier and convenient to be with Dustin.  Now that Dustin is gone and she was forced away, she's a bit jaded at life.  Especially the Falco's but not is all that it seems.  What we do know is her parents suck!! The decisions they made were appalling and caused her so much heartache and unnecessary grief.

Sienna had high points and low points for me.  I get why she was they way she was but her interpretation of things drove me a bit batty, especially because Dewayne is so awesome.

I didn't have a lot to offer someone.  I got that.  But hearing Dewayne say I wasn't enough hit me hard.  Really hard.  (Ugh! Sienna annoyed more than not because she misinterpreted what Dewayne said all the time.  He never said she wasn't enough.  Never.  But Sienna only hears what she wants to hear.)

Dewayne tries to do the right thing but doesn't realize that being with Sienna is the right thing.  Once he stops fighting it and gives in to the magic pussy he finally gets 'it'.   He gets why all his friends changed.  Why they all chose love.  Now that he's all in he turns into the sweetest thing.  (Well just sweeter than he already was)

Once Sienna sees clearly and stops taking things so personally she too gets to find some happiness and see what all that sexual fuss is all about.

Highlights of this story for me were: Micah & Dewayne.  The low point for me were: Sienna's misinterpretations & Dewayne's lack of self worth.  Did I like the story? Yes.  Do I like the series?  Yes, even though at times its a bit redundant.  Will I read the next book in the series?  Hell Yes, as we finally get Rock and Trisha's story.

3.5 Micah steals the show thumbs up!

Posted by Live Read and Breathe at 19:43