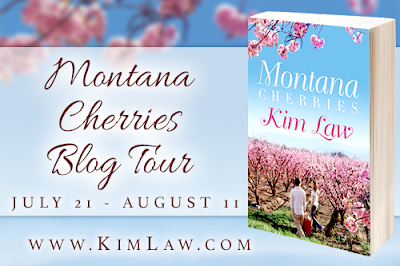 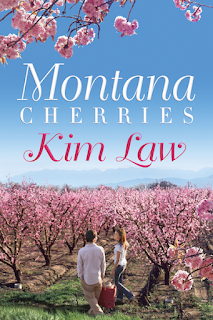 After her mother’s tragic death, Dani Wilde had no choice but to abandon her dreams. She left Columbia University and returned to her family’s Montana cherry farm, intent on being a maternal figure to her brothers. Now the kids are grown, and it’s finally her time to fly. Her sights are on New York City, and nothing will stop her—not even an old flame with gorgeous green eyes.

Celebrity photographer Ben Denton hasn’t seen Montana in years—and hasn’t spoken to Dani since “that night” so long ago. When he discovers he’s a dad to a four-year-old—and the child’s mother refuses to care for her—Montana and the Wilde farm spring to mind. The orchard is the only place that’s ever felt like home, but will the warmth of the Wilde family be enough to help Ben figure out how to be a father?

As the Wilde family gathers for the yearly cherry harvest and Dani struggles to figure out what she really wants in life, she discovers the shocking truth about her own mother—and learns that following her heart may lead her to her dreams after all. 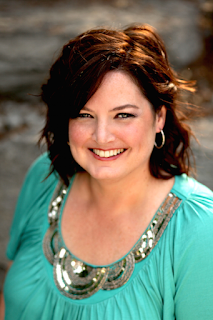 BIO:
As a child, award-winning author Kim Law cultivated a love for chocolate, anything purple, and creative writing. She penned her debut work, “The Gigantic Talking Raisin,” in the sixth grade and got hooked on the delights of creating stories. Before settling into the writing life, however, she earned a college degree in mathematics and then worked as a computer programmer. Now she’s living out her lifelong dream of writing romance novels. She’s won the Romance Writers of America’s Golden Heart Award, has been a finalist for the prestigious RWA RITA Award, and has served in varied positions for her local RWA chapter. A native of Kentucky, Kim lives with her husband and an assortment of animals in Middle Tennessee.

Ok, so I did quite enjoy this book, I just didn't fall completely in love with it.  I loved most of the characters especially Haley and Jenna, but it was Dani that didn't win me over in the end.  She started out strong for me but ended up weak. :(

Dani Wilde has taken care of her family but for once its time she takes care of herself.  In her past one weak moment has been Ben Denton so when he returns home after ten years she tries to stay away from him.  Ben has had his life flip on its side but he knows coming home, especially to Dani that everything will be better.

To begin with Dani for the most part started strong as she was the bind that held the Wilde's together but as the story went on you started to see the cracks of Dani.  When I was reading this story I thought it was going to be quite predictable but once the cracks turned into fissures, then BOOM surprising revelation occurs and changes every aspect of Dani's world. 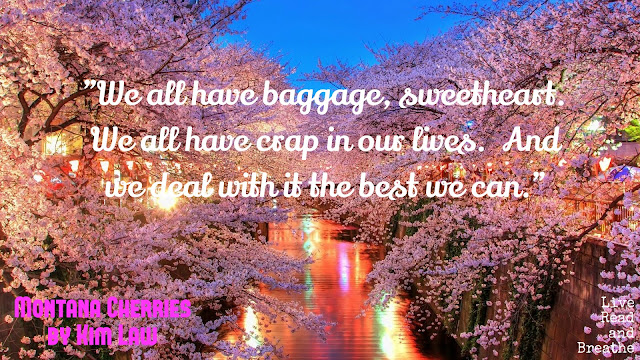 Dani needs comfort so she turns to Ben, but this is where she started to go downhill for me.  Did I get her issues? Yes.  Did I understand why she chose they way she did?  Yes.  But how she did it left her not as endearing to me.  To help her deal she reeled Ben in and broke him a bit.   Sure yes Ben's a big boy and he took a chance this could happen but Dani cut to the quick in this regard.

What the fuck was wrong with this woman?  (Good question Ben, good question)


She'd said no for his own benefit.  (Insert eye roll here.  Damn martyrs)


Now that Dani's world has shifted she has to change and heal.   Did I like this part?  Yes, but I only liked the idea of it, unfortunately Dani never won me back in her favor.  As Dani finally gets her shit together she finally figures out what she wants and tries to get it.  Even though she pushed Ben away she was a bit cray cray when it came to him trying to move on.  In real life and in fiction I'm never a big fan of ' go be free, you deserve better' to 'what you moved on? why???'  I don't know why but this double standard theme is not my fave.

Did I like the book?  Yes.  But at times I liked the idea of the story more than the story.  Did I love Ben?  Yes, especially when he is with his daughter.  Did I like Dani's brothers?  Yes I would love to read more and find out how they all fared out in their emotional aftermath.  Did I love Dani? No, she was hit and miss for me.   Did I like the revelation in the middle of the book?  Yes.  It was unexpected and an unexplored yet meaningful topic.  If this book ever continued into a series, would I continue with it?  Yes I think I would.