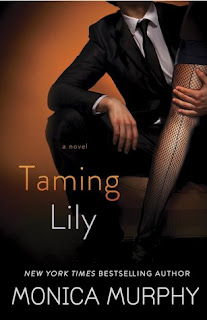 Perfect for fans of Christina Lauren, Emma Chase, and Maya Banks, the anticipated finale in New York Times bestselling author Monica Murphy’s sexy contemporary romance series about three fiery and determined sisters with their own ideas about life and love.

I’m in trouble. Again. And instead of facing my problems head on, I’ve run away. Far away this time, and no one can catch me—not my two younger sisters, Violet and Rose, not my father, my grandmother, or that witch Pilar who wants to take control of my family’s cosmetics company. Now I’m in Hawaii, enjoying the sun and the sand and water, where nobody knows the hot mess known as Lily Fowler. And I’m loving every minute of it.

But someone is watching me. Following me. He’s gorgeous. And soon we’re talking, and against all my instincts, I reveal bits and pieces of myself to Max. It feels good, though I know he can’t be the man for me. These sudden feelings we share are way too complicated, too fraught, too intense.

Then everything explodes and I’m forced to return home. My intentions have always been true, but now everyone’s mad at me. I don’t know who to turn to anymore . . . except to Max. He’s who I want to trust. But I’m not so sure I should. Maybe it’s worth the risk—and what-ifs be damned. . . .

This series,  I like it but its very formulaic.  Each sister has their own insecurity developed from their daddy issues and then each one has a man who's out to destroy, dupe or steal from them but then Bam a turn of events happens because they fall in love and all is well again.

"We all have something to hide.  The longer you hide those secrets, though, the more they'll consume you.  And eventually strangle you."

Lily's the oldest sister, but the sister that's the most troubled.  She has daddy issues to the extreme making her act out and cause trouble.  To the point that this role is all people expect out of her.   Lily has some secret talents such as hacking, which get her in a world of trouble with Pilar.  So instead of dealing with it head on she runs from it.  For Lily running is her go to when any situation gets to stressful for her.

Pilar is a conniving bitch and has plans to ruin the Fowler sisters.  Usually she's after Violet but after Lily hacks into her computer she hires Max to get Lily's computer so she can keep her plans in motion. 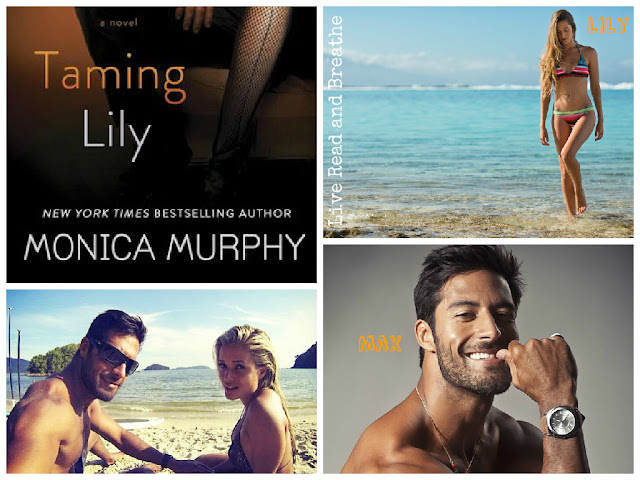 Max has his own demons and reluctantly takes on this job for Pilar.  The moment he sees Lily he's drawn and captivated by her.  Especially because she doesn't seem like the person the media portrays her as.  His job is to get the laptop, not seduce Lily.  But it can't be denied, so he crosses over a forbidden line.

Lily usually has to be in control but there is something about Max that makes her want to submit to his demanding ways.  With Max she for the first time feels real.

Always hiding, always afraid.  I never knew exactly what it was I hid but now,  I've discovered myself.  I'm only the real me when I'm with this man, in his arms, at his command.
And I love it.

Max and Lily steam up the sheets but they both have secrets ready to destroy them.  Max is now conflicted with his job or Lily.   Pilar is still a bitch and will go to any lengths to get what she wants especially if Max chooses Lily over his job.

Oddly enough even though it was very similar to the other two I liked it.  I don't know if I went in with low expectations or what but this one surprised me.  I liked Max and Lily grew on me even though her character traits would usually drive me batty in other books.  However, I still prefer a stronger female where she becomes stronger and real on her own and being with someone only enhances that trait.

I'm not sure if this is the end of the series or what.  I always assumed that there were three sisters so therefore three books but this book ended with the possibility of more.  Is this one of my favorite series?  No, but I do still like it.  With Monica Murphy for the most part everything that I have read I have either liked or loved.  This book and series falls in the middle.

Posted by Live Read and Breathe at 18:00