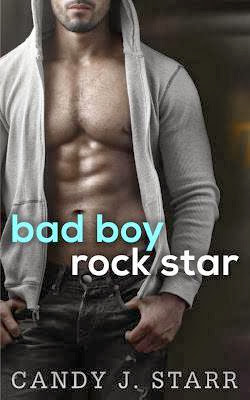 Synopsis:
Hannah Sorrento never planned to be a band manager. She’s a princess. The toughest obstacle she’s had to face is finding shoes to match her outfit.

Then her father disappears and she’s left with only the money in her purse and a contract for the management of hot, indie rock band, STORM. She plans to sell the management company, one or another, then head back to law school with her designer wardrobe and wait for this whole mess to blow over.

But lead singer, Jack Colt, has other ideas and he’s messing with Hannah’s head. Not to mention her heart.

With the help of crazy rock chick, Angie, Hannah sets the band on their first steps to the big time and learns that poor people can have a  lot of fun.

But this isn’t some game she can escape from and soon her secrets get exposed.

He’s arrogant and infuriating but he’s the one that’s there for Hannah when her world comes crashing down. With secrets of his own, will Jack Colt save Hannah or destroy her? 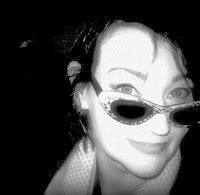 AUTHOR BIO
Candy J. Starr used to be a band manager until she realised that the band she managed was so lacking in charisma that they actually sucked the charisma out of any room they played. “Screw you,” she said, leaving them to wallow in obscurity – totally forgetting that they owed her big bucks for video equipment hire.

Candy has filmed and interviewed some big names in the rock business, and a lot of small ones. She’s seen the dirty little secrets that go on in the back rooms of band venues. She’s seen the ugly side of rock and the very pretty one.

But, of course, everything she writes is fiction.

Ok, I have to admit I didn't know what to expect, all I knew was it had bad boy and rock star in the title so I thought it was worth a try. I thought the title was a bit corny so therefore I assumed (which was my first mistake ) and I was very pleasantly surprised with this book and liked it a lot.

First we have Hannah who is surprisingly a very strong character who goes from riches to rags. To pull herself out she is forced to manage a rock band that she knows nothing about. Easy peasy right?

Nope not when the lead singer is Jack Colt, who is the portrait of broken bad boy with a serious case of asshole-itis, so you know this leads to a world of trouble.

Even though Hannah doesn't have a hot clue with the help of her new friend Angie she does the unthinkable and makes the band a new success.  Well until her families past kicks her in the teeth and everything she has worked for is put to the test but Hannah does the right thing and walks away from the band to not pull them down with her baggage but doing the right thing is not always the best. 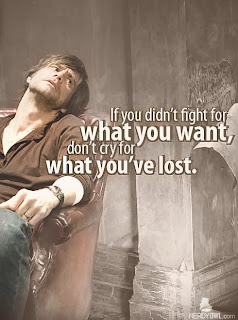 However, the heart is a different matter no matter how much you fight it.  Especially when the whole relationship could be not what it seemed to be.

But now I'm biting my fingers to what will happen next as we're left with a wee bit of a cliff hanger withe Jack and Hannah and the success of the band.

3.5 This Series Has Potential Thumbs Up!