Because We Belong (Because you are mine #3) - #review 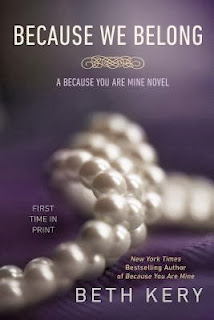 Because We Belong (Because You Are Mine #3)

by Beth Kery (Goodreads Author)
IAN..."[the] hero...dark, mysterious, and very dominant" (Smexy Books), a sexual force to be reckoned with, a man accustomed to getting what he wants.

FRANCESCA..."a fascinating heroine" (Heroes and Heartbreakers), a woman who had no idea how far she was willing to go in the name of love.

In Because We Belong Ian and Francesca return to reignite the exquisite passions that drew them together, and to finally face the intimate secrets that threatened to separate them forever. The secrets of an inescapable past that was one man’s darkest mystery—a darkness that seduced one woman and forever held her spellbound with forbidden desire. For both of them, the next step is total abandon.

Buy BECAUSE WE BELONG - (Kindle)

Ian and Francsesca start making progress with their relationship but it all comes to a halt when Ian finds out the truth of his father.  With the combination of the loss of his mother. He flees.

I was so pissed at Ian for leaving but the more the story went on the more you understood and your heart went out to Ian. I may not have agreed to how he dealt with it but I got it. 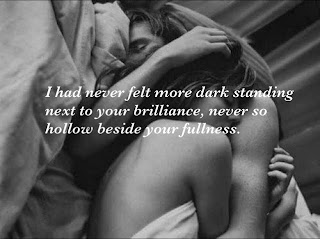 For Francsesca she is trying to move on but she can't.  So, when Ian needs her in a way she can help she does. With this she gets thrown back into the fold of Ian's family and stumbles across elements of danger which pulls Ian out of hiding.

Fascinating how every one deals with their own personal demons and drama.  For Ian his fears are valid but in his shit storm of emotions he just wants to feel good enough for someone as light and loving as Francsesca . 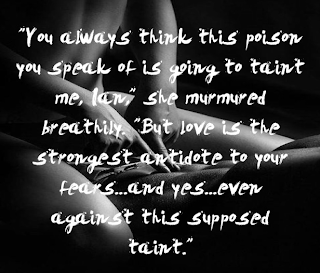 Ian and Francsesca passion is palpable an can't be denied. Beth Kery knows how to right some steamy scenes.

Even with a shitload of angst and drama Ian and Francsesca's love can't be denied.

Love this series. It has a perfect combo of sexy, steam, angst, drama, heartbreak and love.

Lauren
Posted by Live Read and Breathe at 02:24