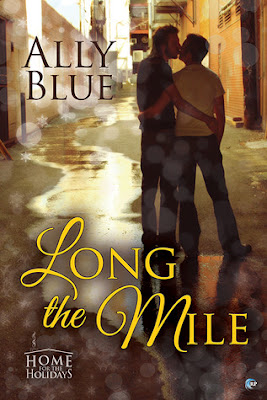 by Ally Blue (Goodreads Author)
Sometimes it takes losing everything to find what you really need.

When Judah went to prison for insider trading, he lost everything he thought was important: his business, his money, his power. But when he gets out, homelessness strips him of the one thing he has left: his self-respect. When another homeless man saves him from a beating, he begins to learn to rely on the goodness of those around him.

For Toby, life on the streets has become familiar. Comfortable. So comfortable he wonders if he’s given up on changing his life for the better. Then comes Judah. Formerly rich, newly homeless, all his pride and attitude gone along with his material possessions. Helping Judah feels good. Their unexpected connection—physical and beyond—feels even better.

Their shared situation nurtures a growing closeness that blossoms into something deeper. But when change comes knocking, it will take all their strength to keep fear and insecurity from tearing them apart.

20% of all proceeds from this title are donated to the Ali Forney Center in New York, whose mission “is to protect lesbian, gay, bisexual, transgender, questioning (LGBTQ) youth from the harm of homelessness, and to support them in becoming safe and independent as they move from adolescence to adulthood.” To learn more about this charity or to donate directly, please visit http://www.aliforneycenter.org/.

So.... this book had so much potential but it fell flat for me.  The dialogue felt forced and unnatural.  As it picked up momentum it got better but it was hard to get into at first.

The idea of the story is beautiful and touching.  I'm a huge fan of stories about the underdog. I can't imagine losing everything and having to struggle just to find a decent meal.  Sometimes we take for granted things that come so easily for us.

For Judah he had to fight for everything that he had. Once he felt like he was on top of the world he made some bad choices that cost him everything.  Which left him with a chip on his shoulder.

For Toby reality kicked him in the ass and he lost everything and found himself on the street with no where to live and finding a way out seemed impossible.

After Judah's reality started to parallel Toby's the end up meeting and needing each other to survive on the street.  An unlikely friendship is made which blossoms into so much more until Toby gets a chance to prove himself and move forward in life.

For Judah he has to figure out to survive on his own and finally love himself until he is ready for the love that Toby can give. 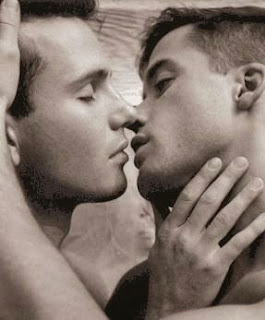 The story idea was great but I didn't jive with the writing and connection of the main characters this time around. I have read other books of Ally Blue and this is the first time that I have ran into this issue. This is just a personal opinion and I'm sure others will disagree with me.