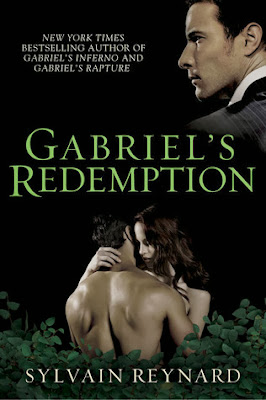 Summary:
From the author of the New York Times bestsellers Gabriel’s Rapture and Gabriel’s Inferno comes the epic conclusion to the captivating romantic trilogy.

Professor Gabriel Emerson has left his position at the University of Toronto to embark on a new life with his beloved Julianne. Together, he’s confident that they can face any challenge. And he’s eager to become a father.

But Julianne’s graduate program threatens Gabriel’s plans, as the pressures of being a student become all consuming. When she is given the honor of presenting an academic lecture at Oxford, Gabriel is forced to confront Julianne about the subject of her presentation—research that conflicts with his own. And in Oxford, several individuals from their past appear, including an old nemesis intent on humiliating Julia and exposing one of Gabriel’s darkest secrets.

In an effort to confront his remaining demons, Gabriel begins a quest to discover more about his biological parents, beginning a chain of events that has startling repercussions for himself, Julianne, and his hope of having a family.

Sylvain Reynard Bio: I'm interested in the way literature can help us explore aspects of the human condition - particularly suffering, sex, love, faith, and redemption. My favourite stories are those in which a character takes a journey, either a physical journey to a new and exciting place, or a personal journey in which he or she learns something about himself/herself.

I'm also interested in how aesthetic elements such as art, architecture, and music can be used to tell a story or to illuminate the traits of a particular character. In my writing, I combine all of these elements with the themes of redemption, forgiveness, and the transformative power of goodness.

I try to use my platform as an author to raise awareness about the following charities: Now I Lay Me Down to Sleep Foundation, WorldVision, Alex's Lemonade Stand, and Covenant House. For more information, see my Twitter account.

Gah! An end of chapter or farewell to Gabriel and Julianne.

There is something beautiful and poignant about this trilogy. Sylvain has the ability of expressing beauty through her words and mingling them with art and history. 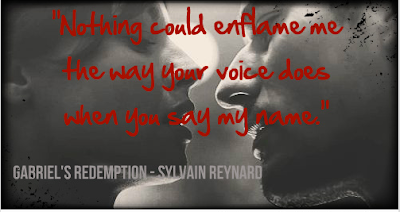 Julianne's strength and growth was halted a bit with her narrow minded thoughts and wishes but was put back on track when reality chose differently for her future. 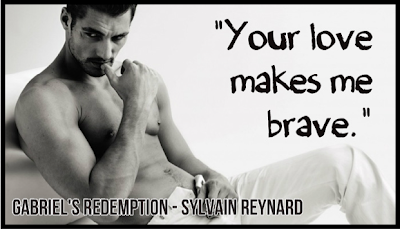 As Gabriel struggles with his past he grows and becomes so much more beautiful and real. 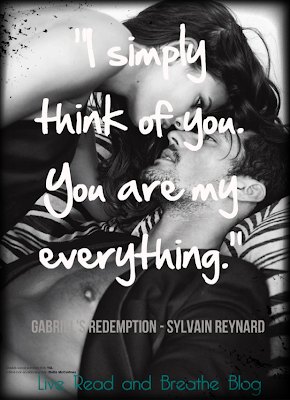 Where I found a few things lacking were the skimmed over sex scenes and the added thoughts in parentheses were very distracting and I felt it took away from parts of the story. However, this book is a beautiful end to a beautiful story.  But it must be said that my favorite of the series will always be Gabriel's Inferno . As it is sad for me for the series to end, it was done well and forever we will be able to feel content with Gabriel & Julianne's HEA.