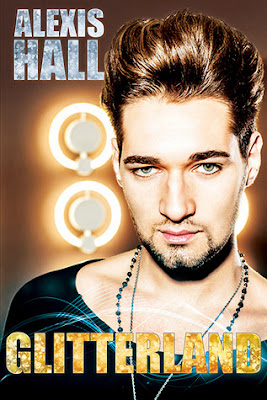 by Alexis Hall (Goodreads Author)
The universe is a glitterball I hold in the palm of my hand.

Once the golden boy of the English literary scene, now a clinically depressed writer of pulp crime fiction, Ash Winters has given up on love, hope, happiness, and—most of all—himself. He lives his life between the cycles of his illness, haunted by the ghosts of other people’s expectations.

Then a chance encounter at a stag party throws him into the arms of Essex boy Darian Taylor, an aspiring model who lives in a world of hair gel, fake tans, and fashion shows. By his own admission, Darian isn’t the crispest lettuce in the fridge, but he cooks a mean cottage pie and makes Ash laugh, reminding him of what it’s like to step beyond the boundaries of anxiety.

This book was adorably perfect.

However, it will not be for everyone. This is one of those books that you can not judge by its cover.  I first denied the opportunity to read this book then I saw some good GR reviews and I thought what the heck.  I'm so glad I did.

It did take me a bit to get into the story as it is not your typical writing style or characters.  There is a darkness in it but it is brought into the lightness through the amazing affection of one glittering gay pirate from Essex. 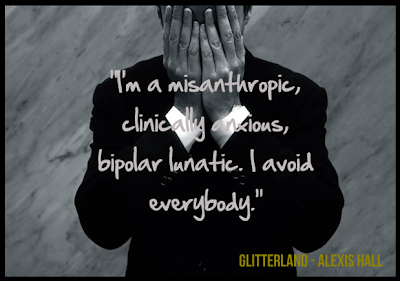 It is not your typical romance.  It was gritty, quirky and lovely all rolled up into one story.

Ash is bipolar depressive male who seems to be lost into his darkness.  He has friends but they are with conditions due to not really understanding his disease.

One night he meets a glittery man who sparkles life back into him.  Darian the glittery Essex man is NOT who Ash would normally be attracted to but for once he feels happiness which he thought was lost to him. 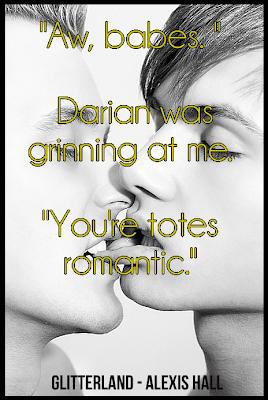 Confused by this new found happiness Ash sticks his foot in his mouth which breaks the hearts of Darian and Ash.  After realizing that he deserves this happiness he fights the darkness for what he wants even though it may be too late.

This type of story is not my norm but I adored it. 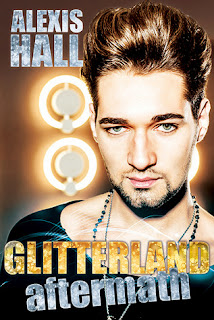 A moment of homecoming for Ash and Darian . . .

This was the perfect end to an adorably, quirky, dark romance.  To finally see Ash and Darian be able to let go and experience some moments of pure bliss.


There is just something so special about Darian and especially in a union jack onsie. (hysterical)

Glitterland is just something you have to experience.