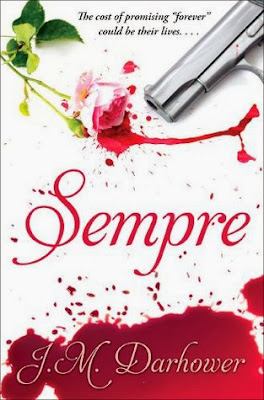 Haven Antonelli and Carmine DeMarco had vastly different childhoods. Haven, a second-generation slave, grew up isolated in the middle of the desert, her days full of hard work and terrifying abuse. Carmine, born into a wealthy Mafia family, lived a life of privilege, never having to answer for anything he did. Both now seventeen, a twist of fate causes their worlds to collide, making them question everything they ever believed.

Entangled in a web of secrets and lies, they learn that while different on the surface, they have more in common than anyone would think. In a world full of chaos, where money and power rule, Haven and Carmine yearn to break free, but a string of events that started before either were born threatens to destroy them instead. Murder and betrayal are a way of life, and nothing comes without a price — especially not freedom.

How much will they have to sacrifice? Can they escape their pasts? And, most of all, what does it mean to be free? Not everything is as it seems, and no one can possibly come out unscathed, but maybe, just maybe, it’ll be worth it in the end.

I had heard so much about this books so when I got the opportunity I jumped at the chance to read it and........I am so happy, as I friggin' adored this book.

First we have Haven who is a slave and gets ripped out of a life she knows to be immediately put into a new very unknown situation.

Carmine is a prick with a chip on his shoulder after the loss of his mother. Carmine is spiraling out of control while his dad is trying everything to protect him from his Mafia world.

The moment Carmine meets Haven he knows something is different but he is so broken he can't figure it out. Haven is terrified of the unknown sensations and feelings she has around Carmine.

But once the let each other in, there is nothing but sparks and pureness between the two... Colpo di fulmine.

However, things aren't easy for these two broken souls in the world of the mafia.  There are secrets to be held, loss to be dealt with, expectations to be made and codes to be kept.

Carmine, Haven and Vincent have to fight for what is right no matter what the consequences.  With the help of Dominic the sweetheart  and Corrado the bad ass. In this dangerous world Carmine's worst fears come to light when Haven gets caught taken from him. 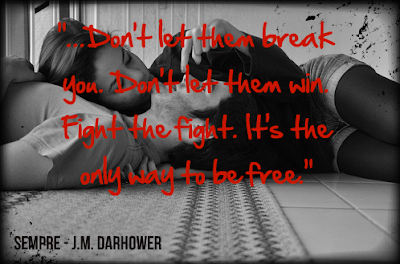 To save her he has to do the one thing that his father doesn't want and the thing that could separate him and Haven once he saves her, which is initiate with the Mafia and take his rightful place within the organization.

Fate intervenes once again to help these two broken souls. 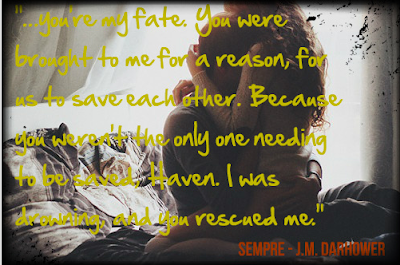 This book had everything from drama, angst, suspense, loyalty and love. J.M. Darhower had me sucked in from the beginning to end with this story.  Loved it!