Another possessive dominating Alpha has stolen my heart .....Jesse Ward from This Man Series by Jodi Ellen Malpas

Jesse stole my heart by... 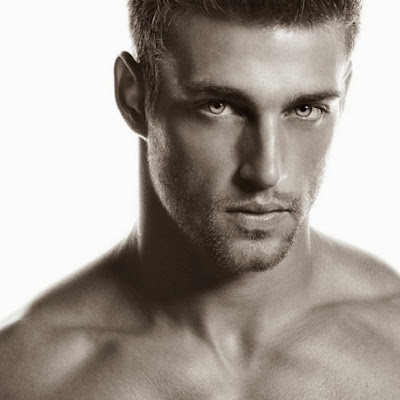 Some examples of Jesse's ways: 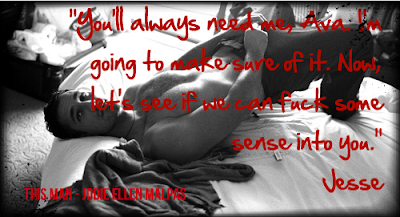 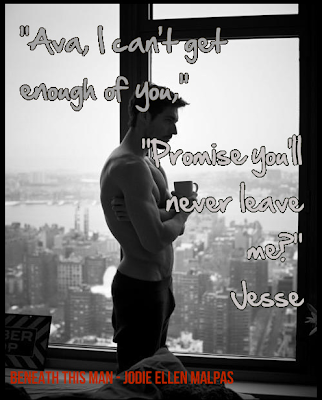 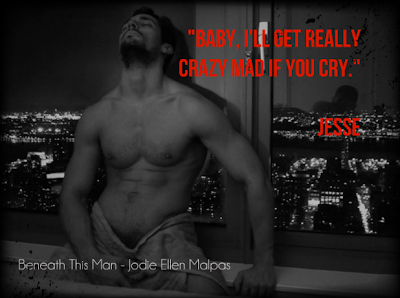 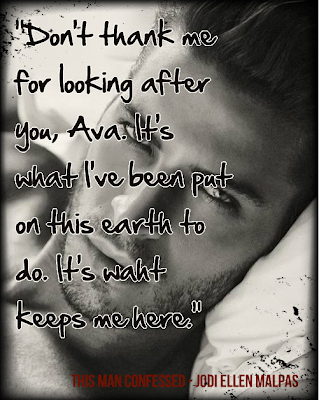 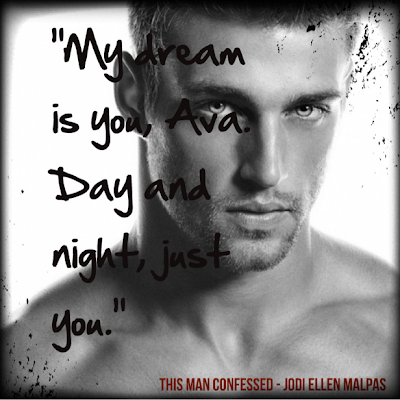 All quotes from the This Man series by Jodi Ellen Malpas are from eARCs from Forever via NetGalley. 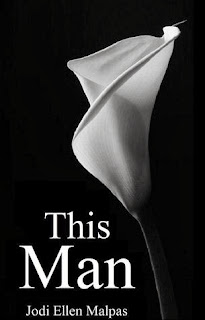 by Jodi Ellen Malpas (Goodreads Author)
Young interior designer Ava O’Shea has an appointment for a first consultation at The Manor with the owner, Mr Jesse Ward. She is expecting nothing more than an overweight, cravat wearing, well-to-do countryman, and on arrival, nothing would suggest otherwise. How wrong could she be? This Man is devastatingly handsome, charming and confident. He is also a conceited, hedonistic playboy, who knows no boundaries. Ava desperately does not want to be attracted to him, but she can’t control the overwhelming affect he has on her. Every instinct is telling her to run, so she does, but Jesse Ward is not so willing to let her go. He wants her and is determined to have her. She knows she is heading for heartbreak, but how can she run when he won’t let her? 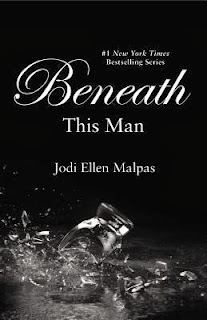 Beneath This Man (This Man #2)

Jesse Ward drowned her with his intensity and blindsided her with his passion, but he kept her away from his dark secrets and broken soul. Leaving him was the only way Ava O'Shea could survive. She should have known that Jesse Ward is impossible to escape--and now he's back in her life, determined to remind her of the sensual pleasures they had shared. Ava is equally determined to get at the truth beneath this man's steely exterior. That means letting herself get close to the Lord of the Manor once more. And it's exactly where Jesse wants her--within touching distance... 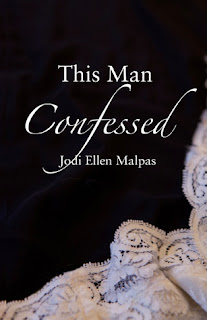 This Man Confessed (This Man #3)

by Jodi Ellen Malpas (Goodreads Author)
THE STUNNING CONCLUSION TO THE THIS MAN TRILOGY!

The Manor, the very place where their passionate love affair began, fills with guests on what should be the happiest day of Ava and Jesse's lives. She has accepted that she'll never tame the fierceness in Jesse-and she doesn't want to. Their love is profound, their connection powerful, but just when she thinks that she's finally gotten beneath his guarded exterior, more questions arise, leading Ava to believe that Jesse Ward may not be the man she thinks he is. He knows too well how to take her to a place beyond ecstasy . . . but will he also drive her to the brink of despair? It's time for this man to confess.