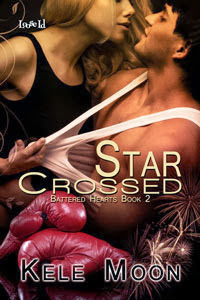 by Kele Moon (Goodreads Author)
Heavyweight MMA fighter, Romeo Wellings comes from the hard streets of New York where his family ties to the mafia cause him nothing but pain. His life takes a surprising detour when he crosses paths with the twin sister of his long time enemy. After a steamy one-night stand, he faces the fight of his life, but it’s not in the cage. The secret relationship that blooms between Romeo and his real life Juliet has him battling his family and a dark past rather than let her go.

The only lawyer in her hometown of Garnet, Jules Conner is also a volunteer Sheriff’s deputy and co-owner of a successful MMA training center. Strong and dependable, Jules is always there for those who need her. Until one forbidden night in Las Vegas with Romeo leaves her feeling so alive she can’t stop reaching out to the sexy, bad boy of MMA, even knowing the forbidden love affair could jeopardize everything.

As the tide rises against them and the people they love work at keeping them apart, Romeo and Jules hold onto a dream for a better life together and vow to go down fighting rather than accept a tragic ending.

When I first started to read this series I felt the first book too predictable but it also left me wanting to find out more with Jules and Wyatt.

Here we have tough, successful and powerful Juliet who is in need of a sweet love to balance her fierceness which happens to send others running until she meets Romeo.

Romeo lives a life that he doesn't want but does to protect and take care of his family.  For the first time in his life he meets someone that he wants life to be different so he is free to live and free to love.

This was real to Romeo. This was honest and right. Being with her was perfect synchronicity. The rest was bullshit. The constant looking over his shoulder, half the time waiting for the mafia to finally put a bullet in him, the rest wondering what the Feds were going to pin on him hoping he'd sell out his brothers. Everything suddenly evaporated, leaving only the truth of his reality, that he was made to love Jules. He was named for it. Destiny meant for them to be together even if everything else in their lives was opposed to it.

But life's not that simple when you combine a mob family and the straight and arrow law and order family.

Together Romeo and Juliet steam up the sheets and fall head over heels in love but with all the angst of their family situations it puts their lives at risk.  Thank goodness Jules and Romeo are not your typical couple creating the situation to finally break the curse and live out the HEA of Romeo and Juliet. 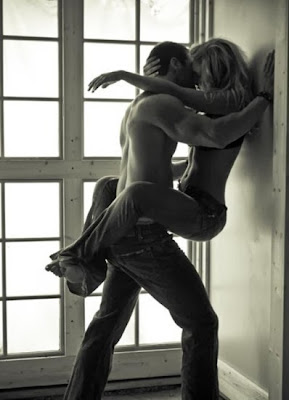 LOVED Romeo and his brothers.  Together Jules and Romeo had the spice factor and the love of each family is the glue to keep them together.

This series started to grow on my the more I got into it.