This Much Is True - #review 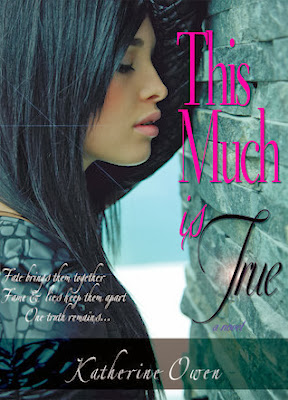 This Much Is True

She’s become the Paly High girl with the most tragic story…
At 17, Tally Landon just wants to graduate and leave for New York to pursue ballet. Her best friend Marla convinces her to attend one last party—a college party—where she can be among strangers and evade the whisperings about her heartbreaking loss of her twin that follows her everywhere she goes. She meets Lincoln Presley, Stanford’s famous baseball wonder and has a little fun at his expense—when she lies about her age and who she really is—intent on being someone else for the night and escaping her tragic story.

His only focus is baseball, but he can’t forget the girl he saved on Valentine’s Day…
At 22, Lincoln Presley’s star is on the rise—about to finish at Stanford and expected to be taken early in Major League Baseball’s upcoming draft—his cousin’s party serves as a welcome distraction. But then, he sees the girl from Valentine’s Day that he saved from that horrific car accident and can’t quite hide his disappointment when she appears to look right through him and not remember him at all. He vows to learn her name at least before he leaves. What’s the harm in getting to know this girl? What’s the worst that can happen?

They share this incredible connection, but fate soon tests these star-crossed lovers in all kinds of ways...
And yet, despite the lies being told to protect the other, and the trappings of fame that continually separate them, and in lieu of the deception by those they’ve come to trust the most; one truth remains.

This much is true.

***Author's note*** THIS IS A STAND-ALONE NOVEL. Due to strong language and sexual content, this book is not intended for readers under the age of 18

Jesus! My emotions are all over the part. The book was beautiful but yet so painful to read.  How can one person survive with so much wrong in their lives.

This book was an emotional journey! I don't even know if I can truly write it out so I'm going to use GIF's to help express because I don't want to put any spoilers in because it could ruin the experience of this book.

But in this tragedy there is a moment of hope.

To only be ripped out again.

Then all the lies even though they sometimes were for a good cause or so they thought.

On all the poor decisions and the damn sacrifices.

On all the almost moments of happiness.

Then when you think you have lost all hope finally...

"I love you, Tally Landon, I love you. I've loved you from the first moment we met; in that first second of looking into your eyes in what must have been the saddest moment of your life, but I knew...it would always be you."

Katerine Owen knows how to reel you in keep you invested as you are just waiting for some light in all this darkness. You just want something positive to happen. Just once.  At times the book felt really long especially with all the bleakness but in the end it is a book that truly moves you.