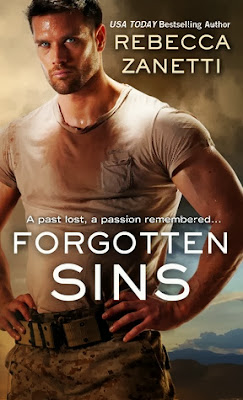 by Rebecca Zanetti (Goodreads Author)
His Secrets Can Destroy Her

From the moment Josie laid eyes on sexy, mysterious Shane Dean, she was in love. Their desire ignited a passionate affair, and within weeks, Shane had slipped a ring on her finger. It seemed her every fantasy was coming true . . . until her new husband disappeared without a trace. Now, two years and one broken heart later, Josie is shocked by the hospital calls: Shane has been found . . . at a crime scene with no memory of how he got there.

Her Love Can Save Him

Shane can't remember the blue-eyed angel at his bedside—or who he even is—but he knows something isn't right. His hearing is razor sharp, his physical strength incredible, and the urge to protect Josie overwhelming. For powerful enemies are hunting him, and Josie is the key to discovering why. As Shane struggles to unravel his past, dangerous new truths come to light. Can he protect the only woman he's ever loved? And can Josie trust a man she thought she knew—one who carries such a deadly secret?

After reading the Maverick series by Rebecca I had to devour these books as well.

Rebecca knows how to write some sexy, strong loving men.

Here we have Sean who has forgotten is memories but lands back into the life of his estranged wife.

For Josie she has been abandoned all her life and when she finally trusts someone and lets them in to love. He vanishes for two years with no contact.  All of a sudden he comes barging back into her life not wanting to let her go.

With his new found amnesia Josie is having a hard time dealing with her present situation, but Sean got a way of getting what he wants. 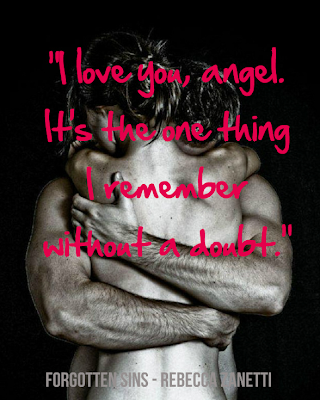 If it were only the issue of the two of them but out of no where Josie's life is in danger while dead bodies are showing up all over the place. With this comes a family which Josie has always wanted. It may be a bit unconventional but for some reason they keep her safe in a very dangerous situation.

When Sean first got married he thought his wife as a soft kind soul and always wanted to protect her but getting to know her again he realizes that he was wrong, she is also totally kick ass and fight her own battles which not only re-wins his heart but all the love of his loyal brothers.

I'm totally hooked on this series and I can't wait to find out more from these genetically modified, gray eyed sex on sticks.  This book had so much drama and you did not see which direction everything was coming but it had a great balance of drama, suspense, angst and passion. 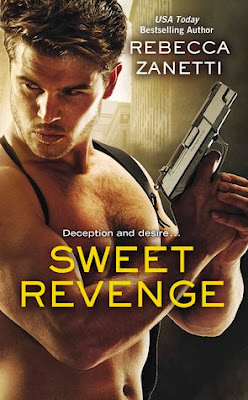 by Rebecca Zanetti (Goodreads Author)
The One Man She Can't Have

Matt Dean was born to fight…and kill. A member of a secret black-ops military unit, he and his brothers were genetically engineered by the government to be the perfect soldiers with an expiration date. Now, with time running out, he's gone rogue in a relentless quest for the one person who can save them. His mission leads him to Charmed, Idaho…and to a beautiful woman with eyes like emeralds and a body made for pleasure.

The One Woman He Can't Resist

Laney Jacobs knows the mysterious, handsome stranger is trouble from the moment he walks into her bar, looking for a job. She's spent years running from her own past—the last thing she needs is a romantic entanglement. But Matt's strong arms offer her protection, and his gentle touch promises passion unlike anything she's ever known. As lethal forces surround them, revealing explosive secrets about Matt's past and putting everything—and everyone—he holds dear in danger, can he save them all before time runs out?

Fighting for his brother's lives Matt is on a mission to find the one person who can save their lives but who is also the one who condemned them.

Matt finds himself in Charmed Idaho working undercover at a local bar where he is taken in by Laney Jacobs whose feisty personality chips away at the steel trap around Matt's heart.

The chemistry can NOT be denied between the two of them. 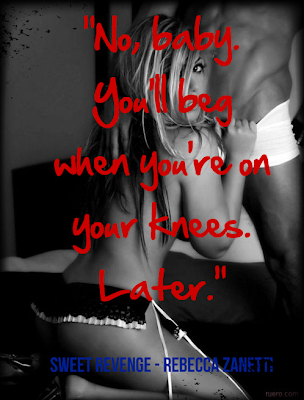 Falling in love is the last thing that Matt wants but he can't help falling for Laney.  Once his heart is open he finds out truths that can destroy them.

Now fighting for more than just his brothers Matt has even more to lose.

I LOVE this series. It is full of kick ass drama, suspense, passion, loyalty, brotherhood and love. And I can NOT wait for more with Nathanial.

Rebecca Zanetti is becoming one of my favorite authors.

Posted by Live Read and Breathe at 22:53